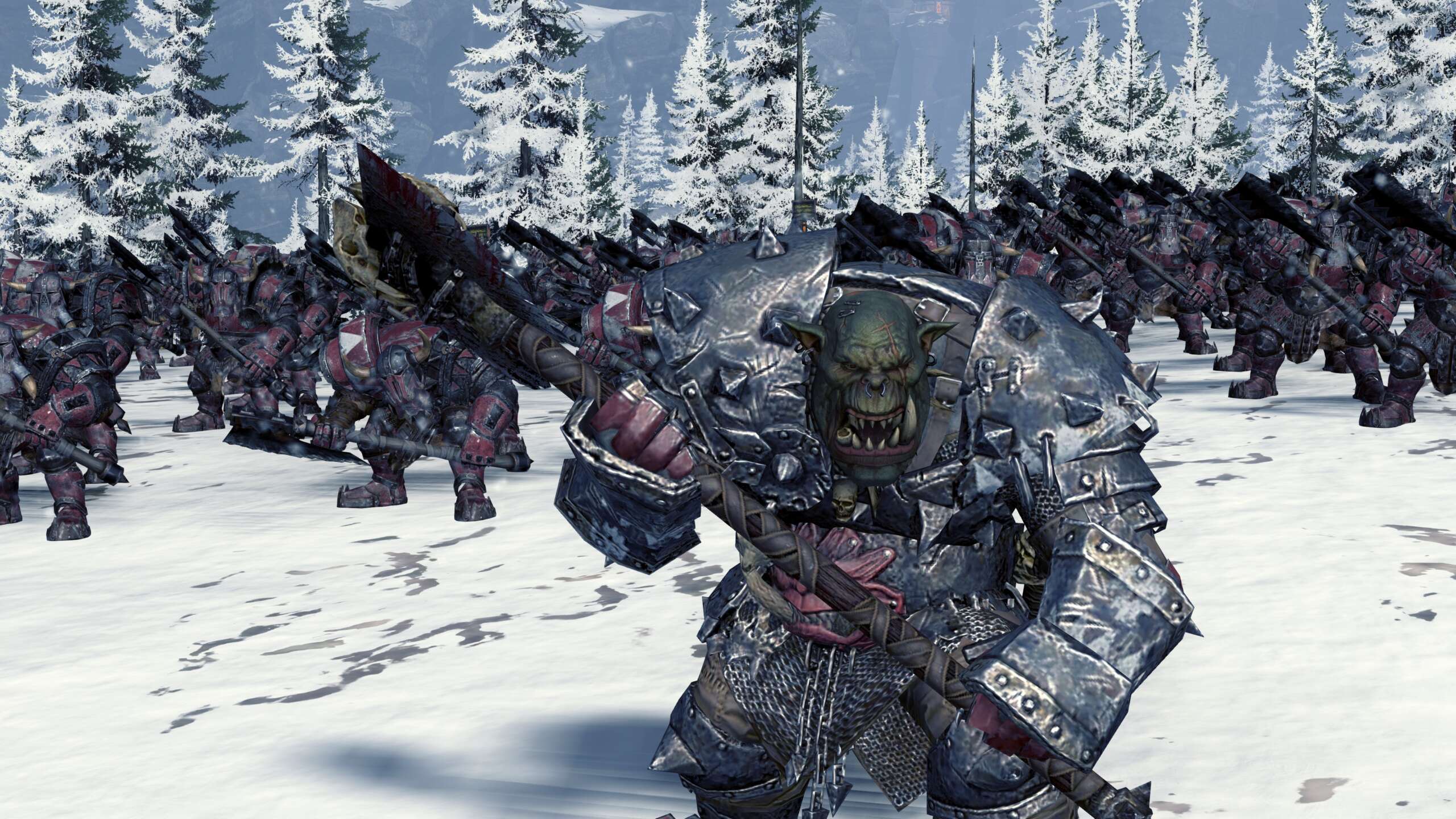 In the aptly named update, Total War: Warhammer 2 is finally getting some changes for the Orcs following the Warden and The Paunch expansion. The patch fundamentally tweaks the Orc tech tree as well as unit balance changes and recruitment times for Orc troops.

Alongside the changes to Orcs are some other general balance changes and bug fixes, such as the four-army death stack in the final moments of the Vortex Campaign, and got rid of the somewhat beloved T-poses in the campaign.

This update brings with it changes to the Greenskins technology tree, tweaks to some recruitment times, and more.

Onto the Orcs. In the patch note rundown, CA has stated that they wanted to address the Orc tech tree and the balance with Greenskins. A lot of the new tech research will have a more wide-reaching impact across Orc units.

A prime example of this is the tech Better Arrer Heads, which boosting effects now apply to all Orc missile infantry (not just the Goblins.) The tech Gobbo Crackdown will now apply a 10% speed boost for all infantry rather than just Goblins.

Orcs will now feel faster to get up to strength thanks to higher-tier units getting a respawn time buff. Big ‘Uns, Savage Orc Big ‘Uns and Boar Boyz will all have their recruitment reduced from two to one turns. The same applies to the Norscan Giant and Greenskin Giant.

As well as the wide-ranging changes to Orcs, the update also includes several other changes for other units/races in the game.

The Dark Elves Chariot units are getting a health nerf, from 1256 down to 1166, and the Dwarf’s Ulthar’s Raiders unit are getting an ammo buff.

There have been quite a few changes to the Greenskins, too, which mainly focuses on swapping the benefits of the base weapon damage and armor-piercing damage. Base damage is less while armor-pierce now does more damage.

Some abilities have been balanced as well. These include a nerf for Lord of Dragons, a nerf to Fermented Fungi, and a nerf for You’re Next, as well as other changes. Pretty much all nerfs here.

Lastly, the Da Nutz N’ Boltz Update also includes general bug fixes and changes. Some end-turn crashes have been fixed, Eltharion will no longer imprison your Lord indefinitely after an auto-resolve and renamed Karak Ungor to Red Eye Mountain.

You can check out the extensive change list on the official Total War: Warhammer 2 blog right here.

Feb 1, 2021 Harry Alston 16130
Creative Assembly is taking hype-building to a new level with its succession of teasers for something big in the Warhammer universe, with most of the...

Dec 21, 2020 Jeremy Green 3070
There have been quite a few good freebies on the Epic Games Store as of late. If you're into survival horror or just appreciate the Alien movie...