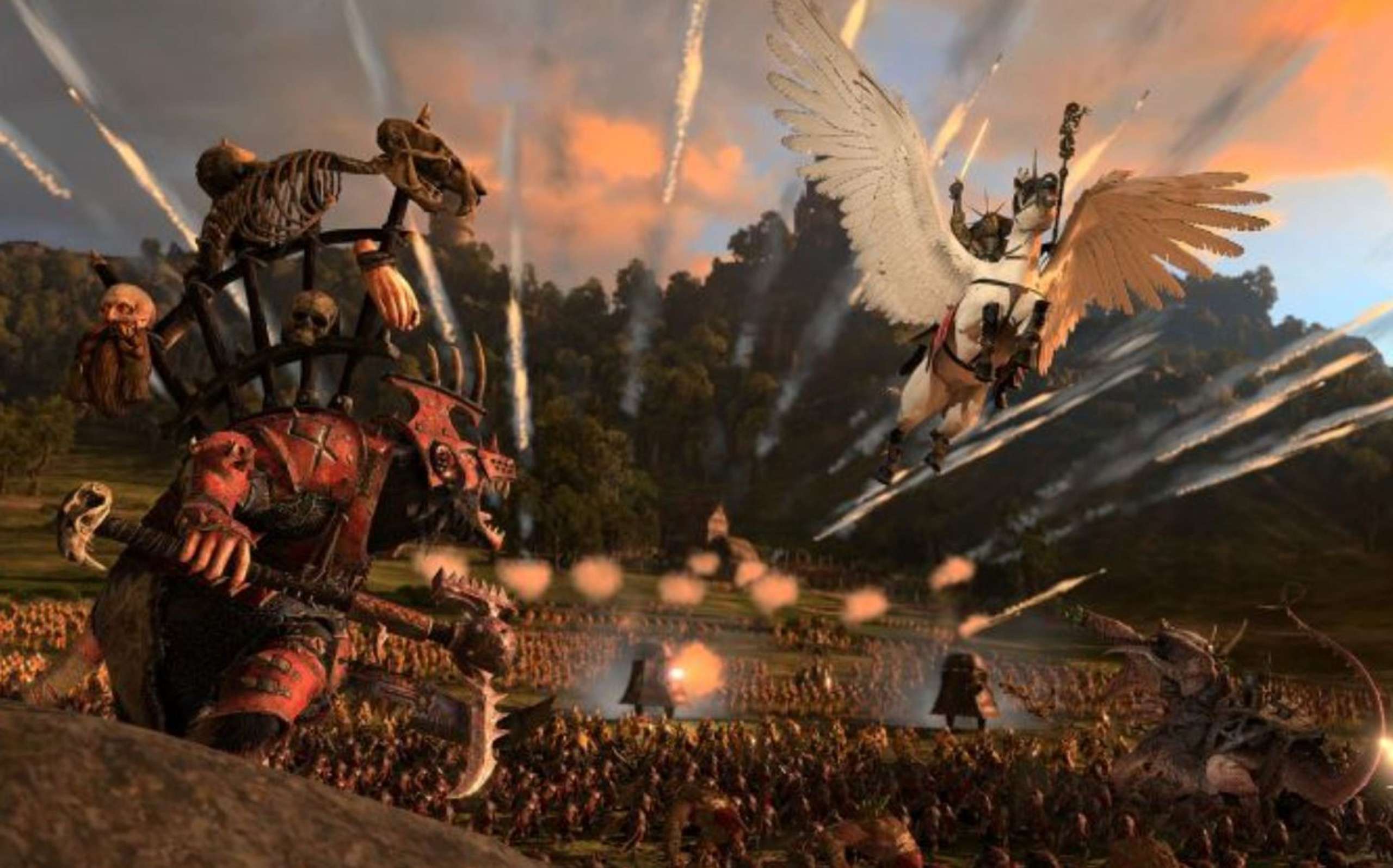 When it first went live on February 17 on Steam, Warhammer 3 had a peak concurrent player count of 166,754. The number of gamers immediately decreased; for the past three months, it has fluctuated between 8,000 and 12,000 players. It shot back up on August 23 with the beta release of Immortal Empires, reaching 119,166 that day. The number of players has stayed strong ever since, and today it reached 103,952, moving it up to #11 on Steam’s list of the top titles by current player count, just behind Rust.

There must be a limit to the number of distinct faction mechanics the human brain can manage, yet it’s all just wonderful. Our own Fraser Brown participated in the beta early and played a campaign. He concluded that the game “should be too vast, too unwieldy, and it’s undoubtedly quite messy and hard to wrap your head around. Sean Martin, who is also playing Immortal Empires, used a Black Ark super fleet to defeat the campaign, albeit he undoubtedly enjoyed himself.

Immortal Empires won’t lose its appeal for quite some time, in my opinion, as there are 278 factions and 86 playable legendary lords to pick from. In addition to giving existing lords Grombrindal, Helman Ghorst, Volkmar the Grim, Sigvald the Magnificent, and Kholek Suneater their factions, it makes Realm of Chaos campaign antagonist Be’Lakor, a playable lord. Another change is the addition of sea lanes, which allow you to transport troops between distant territories, and randomized final apocalypses, which present you with an additional obstacle just as victory is beginning to look inevitable.

Aug 28, 2022 Tom Lee 1370
Due to the success of its predecessor, the Mortal Empires campaign for Total War: Warhammer 2, as well as the fact that Warhammer 3's Realm of Chaos...