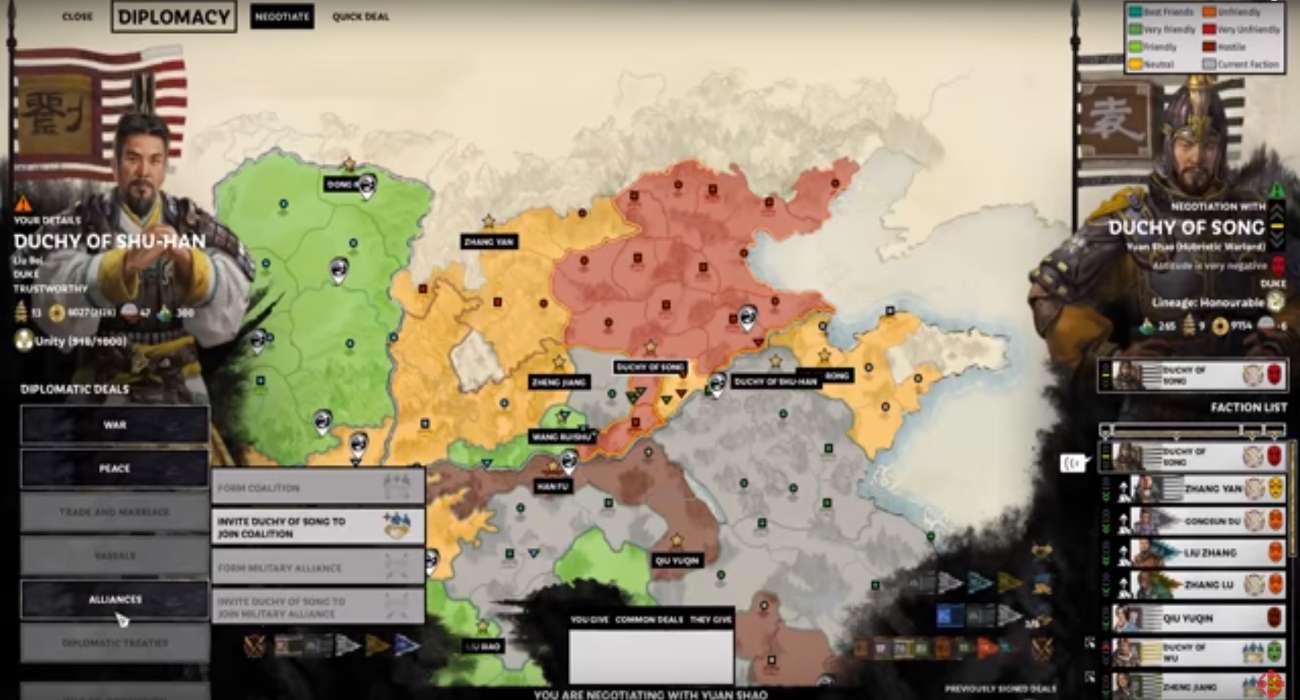 Total War: Three Kingdoms officially launched on May 23. It has only been out for several weeks, and already, it has done pretty well here in the United States in terms of sales. In China, however, it’s a sensational hit. Part of this makes sense given that the game is centered around Chinese culture and history.

Still, it’s amazing to see it dominate the charts like it has in this region. Over the past couple of years, China has been a steady market that the developers at Creative Assembly have gone after. It has been a successful strategy for the most part and one that doesn’t seem to be changing any time soon.

If you’re not familiar with the Total War series, these are games that feature a turn-based strategy design. A lot of tactics are involved and critical-thinking. The series has been so popular, in fact, that there are now 12 games. That’s quite an accomplishment and a testament to how much people love what these games offer. Total War: Three Kingdoms is one of the better installments in the franchise.

As mentioned early, it revolves specifically around Chinese history. The setting is 190 AD. It should be mentioned that this game, like most Total War titles, is not strictly rooted in fact. There are parts that have been embellished a bit, which is to be expected. This, after all, is a video game and to hold your attention, certain tweaks are warranted. They are refreshing to see, though. Where this turn-based strategy title really shines is with its combat.

You get to watch real-time battles unfold, as you control a legion of warriors across the battlefield. Tactics are paramount to your success. When you’re not fighting to unite China or free its people, you’re tasked with political matters concerning your civilization. You have to deal with real issues, such as population control and expanding to new territories.

These elements really immerse you in the setting, making you carefully plan out each decision. Every choice in this game matters and can have far-reaching effects on events to come. It’s not hard to see why China has taken to this game the way they have.

It’s extremely in-depth and explains a lot of historical events that have shaped China into what it is today. The game is currently available to PC users. It certainly does the Total War series justice and is worth exploring if you enjoy the turn-based combat genre.