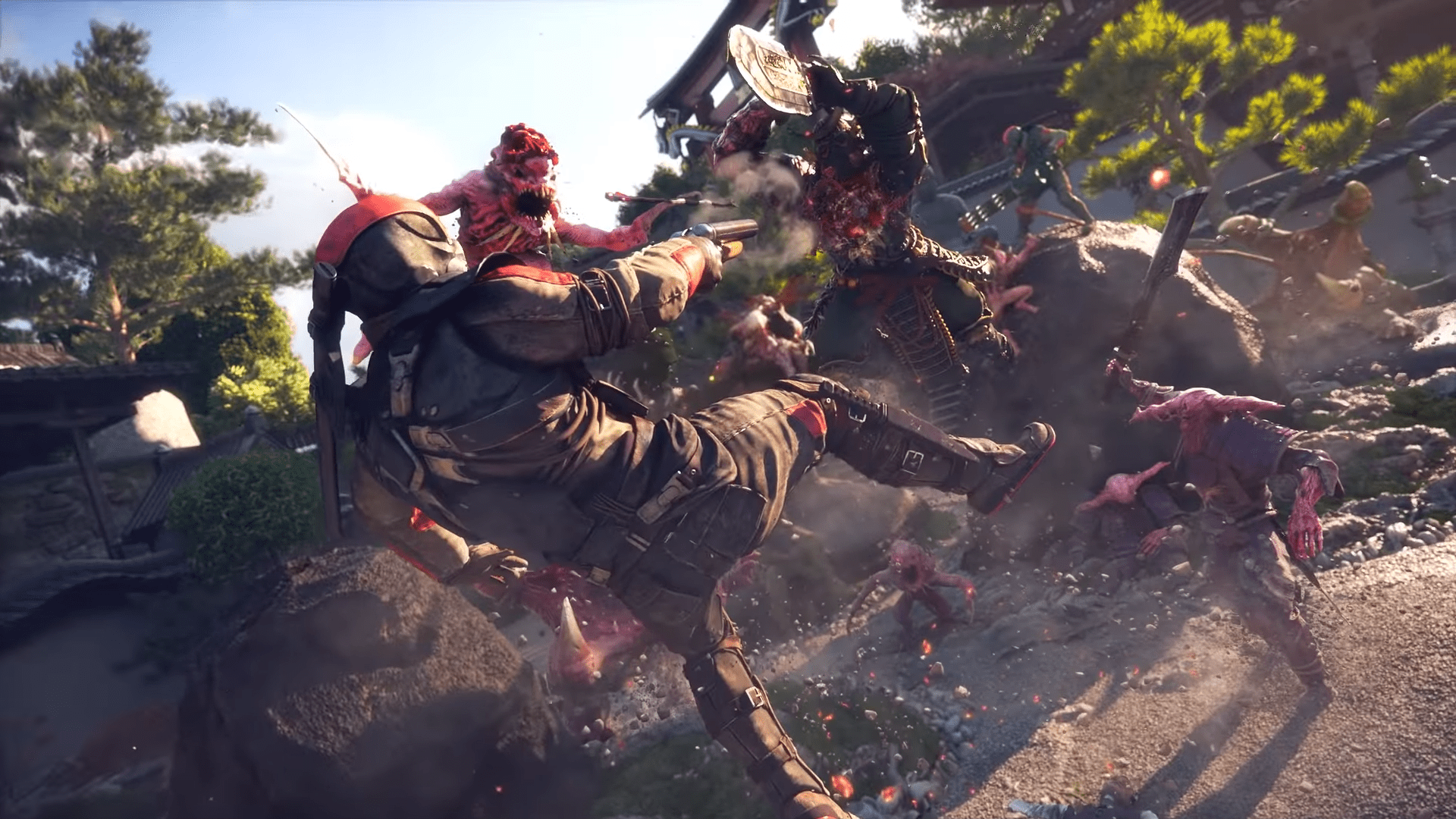 Sometimes, you just need to let loose some steam and decapitate a hundred or so demons with a nifty katana or gib them with a shotgun.  It’s OK, you’re normal and in good company.  Shadow Warrior is a franchise that allows you to do precisely that, and it’s roughly as mature as you would presume such a title featuring the slaughtering demons would be.

This weekend, Steam is highlighting the Shadow Warrior franchise on the platform, with four titles on a steep 75% discount featuring the legendary warrior with a mouth, Lo Wang.

The first title (which is a remake), titled Shadow Warrior features Lo Wang as Zilla Enterprises shogun-for-hire, as he is ordered to retrieve a legendary blade from his shady employer.  He finds himself betrayed and left for dead as he murders his way across a futuristic Japan in a fantastic FPS with a massive sense of style.  The melee combat is tremendously satisfying, the firearms are varied and all relatively powerful, and Lo Wang gets some mystical powers to help upgrade the carnage.

🔹 DAILY DEAL 🔹 Save up to 90% on the Shadow Warrior franchise!https://t.co/qXrFjl53Cd#SteamDeals

It’s likely not for the faint of heart, as gore covers the ground like magma the further Lo Wang progresses, and his sense of humor can be crass and abrupt.  If you have a healthy fortitude, however, there’s definitely an FPS in there worth looking through.

Shadow Warriors 2 alters the style considerably, bringing in cooperative play with up to four players total walking around and beheading demons like it’s a pastime more than a hellacious quest.  With the multiplayer came some grindy elements as players need various random drops to upgrade their weapons and selves, bringing with it the ability to slaughter tougher foes.

While much can be said about the enjoyment of bringing friends into the title to slaughter demons, the RNG aspects and grind can put some players off to it.  I found it to be a major improvement, and vastly enjoyed almost everything except some enemies turning into bullet sponges, leaving you to empty clip after clip (or swing after swing) until they finally expire.

Of course, the best was saved for last: Shadow Warrior Classic Redux has been included in the Steam spotlight this weekend, a faithful reimagining of the classic Shadow Warrior.  Play as Lo Wang before he became as hilarious as he is in the two most recent forays as he works once again for the Zilla Corporation, slaying enemies and demons with reckless abandon.

It’s been a while since Shadow Warrior franchise developer Flying Wild Hog has announced anything new coming to PC; this could be a springboard of something larger looming around the corner.

Jul 3, 2021 Harry Alston 12130
The recent demo of Sable got me thinking about game soundtracks again. There's no denying that the music of Sable is incredibly powerful. Set to the...

Mar 5, 2021 Harry Alston 6120
Loop Hero is Devolver Digital's latest indie offering, and it jumped to the top of the Steam best seller's list on its release day. Developed by...