The Perfect Excuse To Overeat Is Here, Pilgrim’s Bounty Event Is Back – World Of Warcraft: Battle For Azeroth 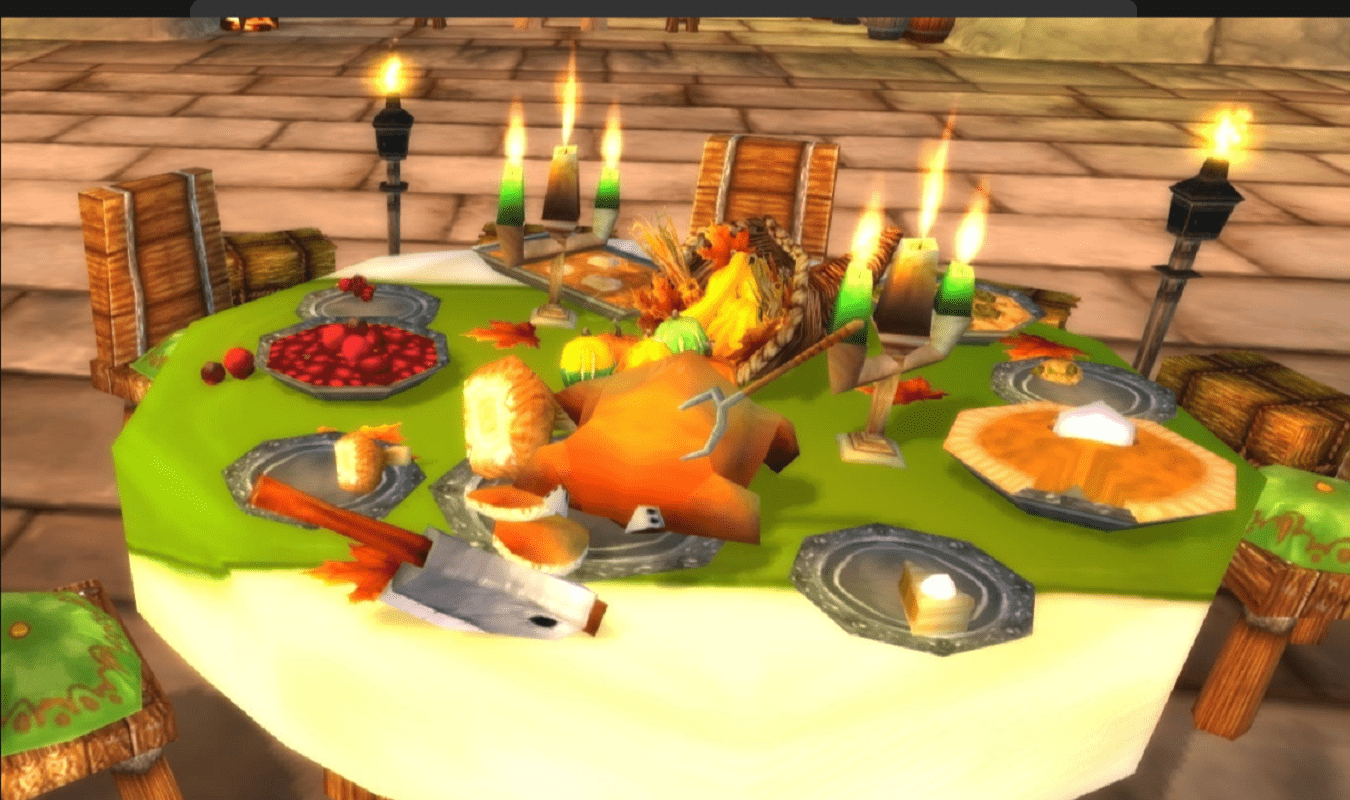 It’s time to put down the sword, take off the helm, and loosen off the belt, Pilgrim’s Bounty is here!

This annual Thanksgiving event allows World of Warcraft: Battle for Azeroth players to break bread with friends and guild members as they reminisce about the raids and PvP slaying over the last year. It is all about reflecting on the good fortune one has had.

It starts today and runs until December 2nd, so get eating!

The Pilgrim's Bounty holiday is live on EU servers! This is a great holiday to grind reputation on. Learn more about the holiday with out Pilgrim's Bounty guide.https://t.co/CT1qRYSUg1 pic.twitter.com/WCdUz7waBs

To partake in this world holiday event, head over to a major city and sit down at the Bountiful table.

The Horde has a Bountiful table in Orgrimmar, Silvermoon City, Thunderbluff, and Undercity, and Alliance has one in Stormwind City, Darnassus, Ironforge, and Exodar.

Also, there will be a table in all minor cities with that has an innkeeper, including the neutral locations Lights Hope Chapel and Ruins of Thaurissan.
In any major city, there will be seasonal vendors and daily quest givers around the table.

Pilgrim’s Bounty is a great time to level up cooking as players can buy seasonal ingredients and fill seasonal recipes, as well as completing daily cooking quests.

Each Bountiful table will be piled with five different foods, making up the ultimate feast. Each chair will be designated to a food, The Cranberry Chair, The Sweet Potato Chair, The Stuffing Chair, The Turkey Chair, and The Pie Chair.

As a player sits at these chairs, they can decide to eat a serving of food, pass it over to someone beside them, or feast on the food, devouring five servings.

Players get in-game bonuses for interacting with the Bountiful tables. If someone eats five portions of each food at the table, they will gain The Spirit of Sharing, a buff that grants the player an extra 10 percent in reputation earned for one hour.

Gamers will also use the table to earn a few seasonal achievements. They have the chance to acquire the iconic achievement “FOOD FIGHT” by tossing their leftovers at a fellow feaster when at the Bountiful Table.

There is also the Sharing is Caring achievement that a player can earn if they pass one of every dish at the table.

Altogether, there are nine achievements for the player to complete during Pilgrim’s Bounty. If a player manages to, they will be rewarded with a turkey pet, and the illustrious “the Pilgrim” title.

There is a slew of other features that come with this event, and gamers can learn about them in-game or check the event out on WoWHead. Enjoy the feast!