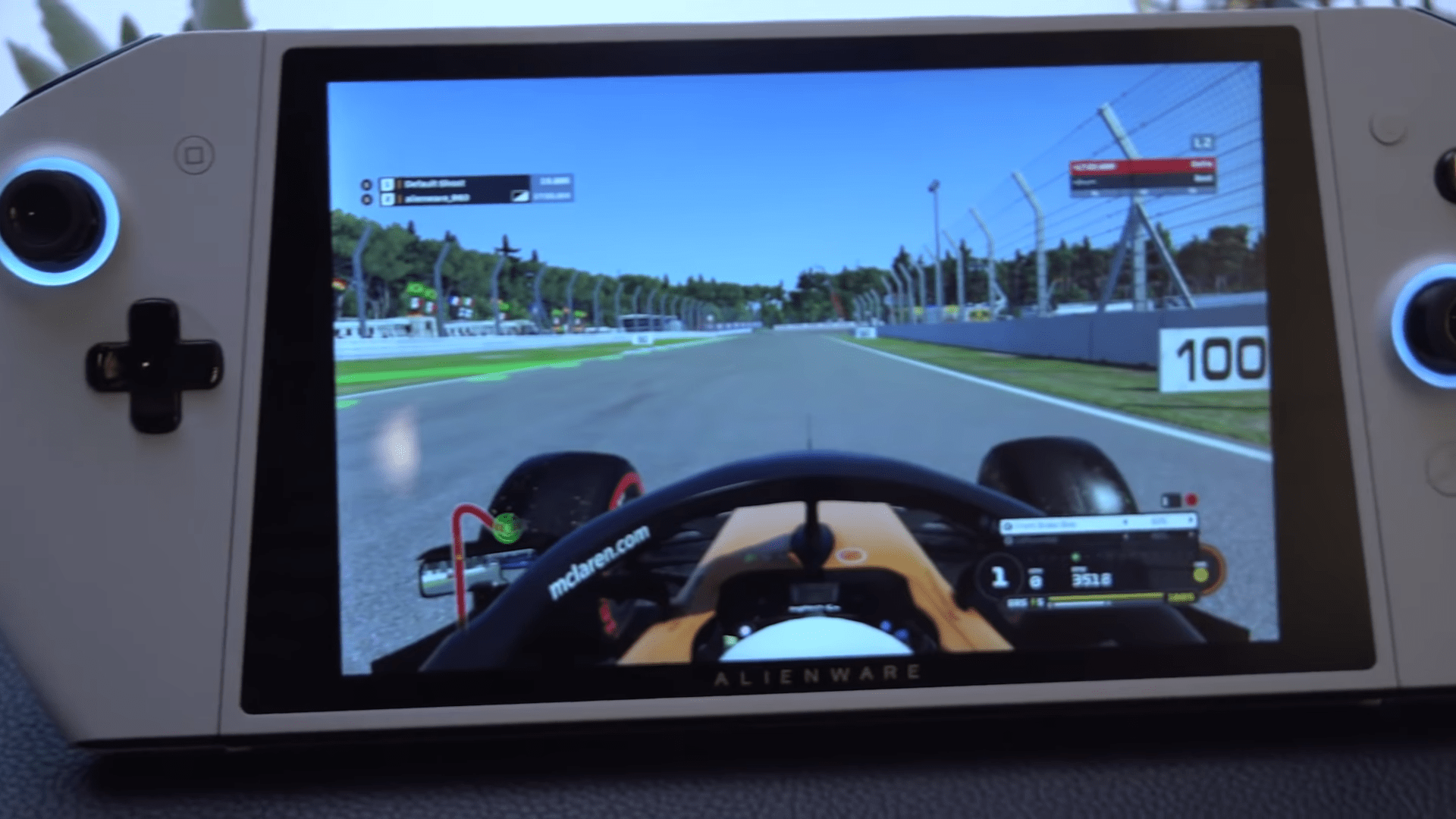 The latest addition to the Alienware lineup looks a bit unusual if you ask me. This bad boy is a new “console” out now, and it looks really cool. But it really is not a console at all, it is a PC, only this time it is in a way smaller, handheld version.

That’s right! Check out the latest Alienware item that they are calling “Concept UFO.” It seems to be basically a Nintendo Switch-clone that will play all sorts of PC-based games. It has the controllers built into the sides, but there’s plenty of other features that really make you think, “Wow, they got a lot of these ideas from the Nintendo Switch.” Keep reading to find out more.

The thing was first announced this week at the CES2020 by Dell Computers (which owns the Alienware company). There, one of the heads over at Dell, Aisha Tyler, came out and announced a whole string of exciting new things at the PC company. These included general personal computers to even a new type of foldable laptop, but finally, Tyler unveiled the Concept UFO handheld gaming system.

The little handheld is sleek and white, and in appearance, it sorta resembles an old-school PS Vita. One of the cooler looking parts of it is the glowing joysticks.

Of course, the crowd went wild. But what we saw was even more than what we had been expecting. The UFO features detachable controllers, just like the Switch, that can be put back together to make a unique controller for playing the game on a separate screen. But, again, this time with all PC games.

In another interview, we were told by Alienware’s Vivien Lien that the UFO could be propped up by a kickstand-like feature located on the back of the handheld console. That sounds a bit like the Switch too, doesn’t it? (Unfortunately, we were not shown how this feature would work, but Lien said it was definitely there.)

Later on, Alienware tweeted out an announcement about the gaming platform with the hashtag #ConceptUFO. This one also showed off the Joy-Con looking grips on the controller.

But Alienware also was quick to remind the fans that these systems are still in the concept design, which means they might end up being a bit different as time goes on. But at least we know that there’s a possibility in the works for a cool new handheld PC-gaming system, right?

Update: Call Of Duty: Modern Warfare New Floor Glitch Causes Players To Get Into Restricted Areas And Go For The Kill

Jan 10, 2020 Jeremy Green 14320
When you think of portable devices that have made a huge impact on the gaming industry as a whole, the Nintendo Switch usually is near the top of...

Jan 7, 2020 Seen Donovan 9160
The latest addition to the Alienware lineup looks a bit unusual if you ask me. This bad boy is a new "console" out now, and it looks really cool. But...