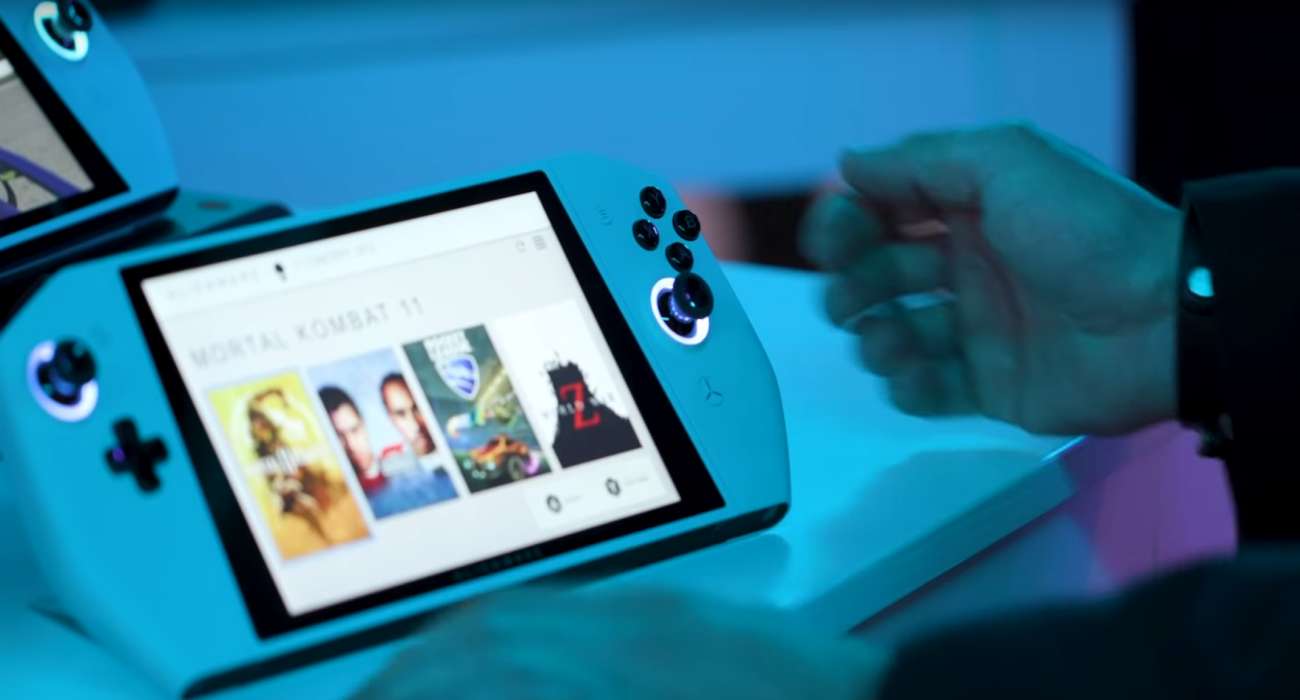 When you think of portable devices that have made a huge impact on the gaming industry as a whole, the Nintendo Switch usually is near the top of that list. It has been such an incredible system for Nintendo, featuring a hybrid design that is really the first of its kind. Gamers have flocked to the system in droves. Even still today, it puts up impressive sales figures.

That’s why it comes as no surprise that companies would try to implement its design in some fashion. It looks like Alienware is on the bandwagon as well. They recently teased a portable PC, which right off the bat, seems to be heavily inspired by the Nintendo Switch.

Called Concept UFO, this portable device has a wide screen and detachable controllers on the side. Of course, Alienware has put their own spin on the unit. For example, the sides have been shaved off to fall in line with Alienware’s MO design-wise. Concept UFO really came out of left field.

It’s just a concept at this current moment, but if it gets enough backing and there is a demand for the product, you can bet Alienware will start mass-producing this portable unit right away. It’s a pretty ingenious idea if you really think about it.

You can take PC gaming on the go, whether it’s at work, on the bus, or to a friend’s house for some shared gaming experiences. The concept opens up the possibility for PC gamers who up until this announcement, were strictly rooted in their bedroom or living room when playing high-performance games.

According to fan reactions, the community is loving the idea. It could certainly rival the Nintendo Switch if it’s priced right and possibly gets some exclusive titles. It’s a little early to say what sort of impact this portable device will have on the marketplace, but it does seem like the sky is the limit for Alienware.

They deserve a lot of props for this concept. They’ve been known to put out some premium laptops, desktops, and consoles. It’s natural that they want broach the portable gaming marketplace at some point, and it appears that time is now.

If you’re hoping to get your hands on this unit, you’ll probably be waiting for a couple of years. Still, as we approach the next generation of consoles, it’s nice to see companies like Alienware thinking outside the box and pushing the envelope.

Jan 10, 2020 Jeremy Green 16680
When you think of portable devices that have made a huge impact on the gaming industry as a whole, the Nintendo Switch usually is near the top of...