The Corrupted Update Is Making Its Way To Dead Cells; Is Introducing A Lot Of Great Additions 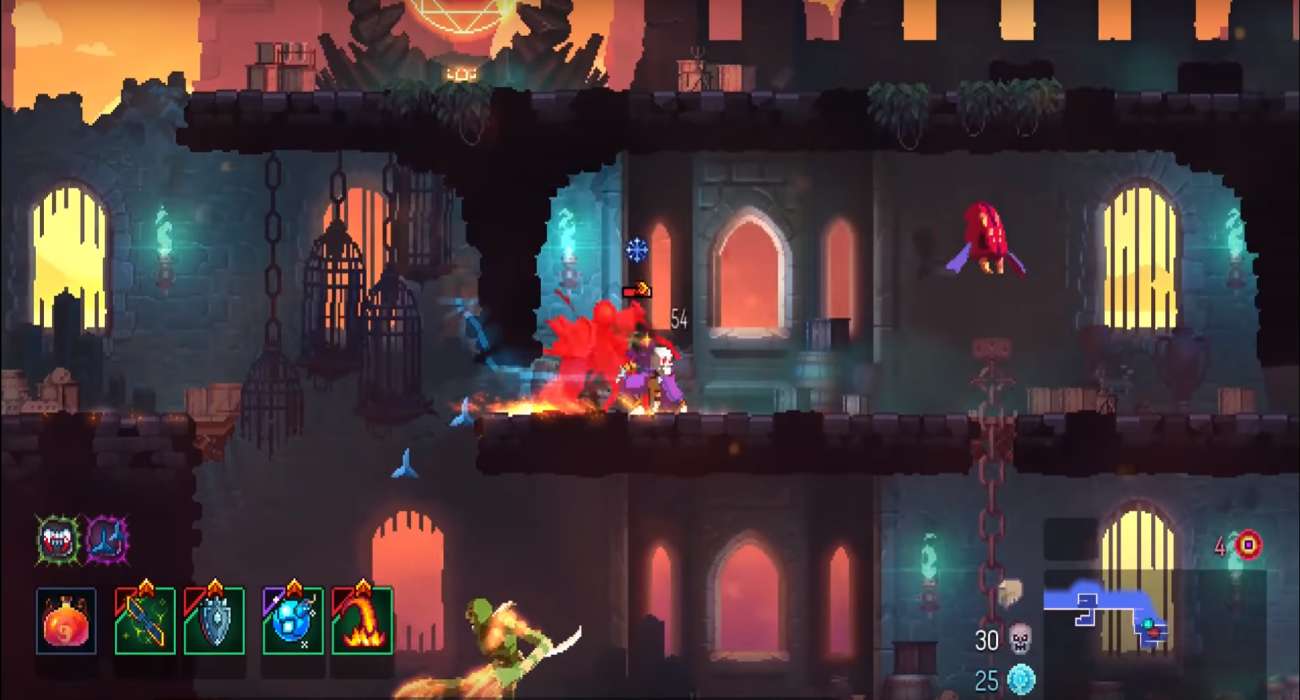 Dead Cells has been a pretty spectacular roguelike game with metroidvania elements. Developed by Motion Twin, it originally debuted in 2017 and has since gone on to receive rave reviews in its visual and gameplay departments.

You would be hard-pressed to find a game quite like this in terms of graphics. The developer did great work at infusing it with a ton of personality, which you’ll notice right away with its vibrant colors everywhere.

Even better, the game receives updates left and right. A huge new update just released — in fact — called the Corrupted Update. So, what exactly is this and what improvements has it made to an already stellar game? Let’s find out.

First off, a new biome was just put out that features a new threat: Giant blue birds. They have a humorous, yet frightening design all at the same time. They can lunge at you from great distances, so your character will need to be ready with an attack or a counter to keep from perishing.

As far as the biome they’re in, it has a very dungeon feel to it. That’s an amazing part about Dead Cells. Throughout your journey through the maps, you’ll come across unique environments that have distinct characteristics. It keeps the gameplay fresh as you’ll always wonder what you could stumble upon next.

Another addition worth mentioning are the Recycling Tubes. They give you the ability to choose a five-piece gear loadout before starting your play through the map. Ultimately, this should make the overall experience in Dead Cells more user-friendly. This is particularly true in the earlier portions of the map. To unlock these tubes, you’ll have to beat the Hand of the King on hard. This may seem difficult, but your efforts don’t go unnoticed.

To make the maps easier to navigate, the developers also included an Explorer instinct. As its name implies, it shows you points of interest once you’ve investigated most of the map. The purpose here is to help you backtrack without wasting your time. For example, you won’t have to go back to areas that don’t have anything useful for your character.

Overall, these updates and new systems are great to see. They should make Dead Cells a more approachable game, and even better for those who’ve already spent quite some time exploring its nooks and crannies. Who knows what else Motion Twin has up its sleeves for future updates? It’s all so exciting.

Dec 22, 2020 Jeremy Green 4260
The roguelite Dead Cells has made a pretty big impact since releasing in 2017. It has great re-playability, beautiful visuals, and a challenging...

Dec 2, 2020 Jeremy Green 3830
The roguelite Dead Cells has been out since 2017, but in that time has only received one paid DLC. That's about to change fortunately for fans of...

Nov 22, 2020 Jeremy Green 3150
Dead Cells has been one of the more memorable roguelite platformers in recent memory. It does a great job at attracting players with its...