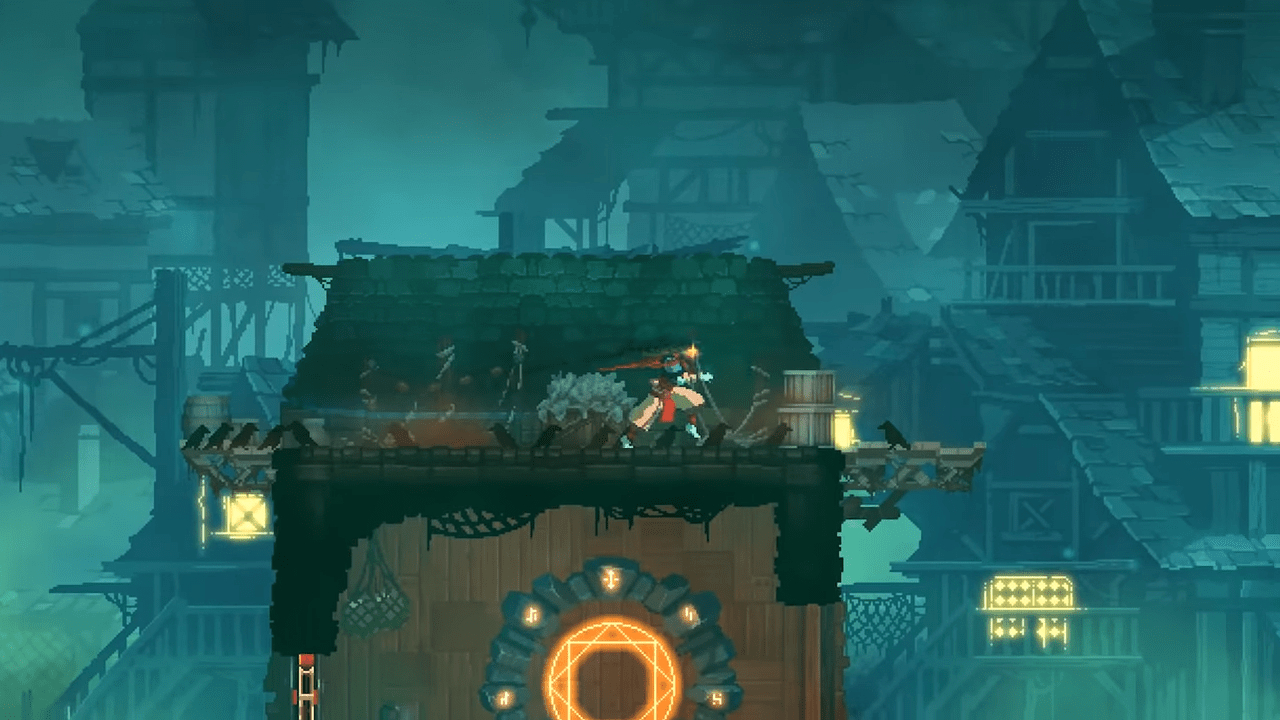 The roguelite Dead Cells has made a pretty big impact since releasing in 2017. It has great re-playability, beautiful visuals, and a challenging design that you’ll want to keep coming back to.

Motion Twin has supported it pretty consistently too with updates. There has been a slight drop-off since August, but now, the malaise update is available. It couldn’t have come at a better time considering Christmas is just around the corner.

It looks like the update includes some Christmas-themed content too. You have two new customers for The Beheaded, which includes a Snowman suit and a Santa-inspired one.

So if you’ve been in the mood to explore the seemingly limitless levels and take out threats all while showing your holiday spirit, this update is the perfect addition.

If you’ve been one of the many players that has waited for the new katana weapon, it’s included in this update as well.

It gives you special abilities that should be fun playing around with and providing you with novel combat experiences. It has been heavily requested for the longest time now so it’s great to see Motion Twin coming through in a big way.

Lastly, the malaise has been reworked. It refills with time and when there are fewer enemies around, the bar fills more slowly. If the malaise is higher, then enemies will be more difficult. By killing enemies and bosses, you can decrease the malaise bar.

If you want a better breakdown, visit the update’s official website. Some balance improvements have also been made, which should make Dead Cells play even smoother.

That’s not too shabby of an update for a game that has killed it up to this point. Yes, it has been a while since a new update hit the game, but now that the developer is gaining momentum again, it seems like they want to keep DLC going strong heading into 2021.

Who knows what else they’ll do to up the difficulty and improve gameplay mechanics? Either way, it’s great to see Motion Twin still pleasing their die-hard fans and make Dead Cells an even better roguelite metroidvania experience.

RELATED: PlayStation Plus Members Can Get Watch Dogs 2 For Just $15 Thanks To Recent PlayStation Sale

It already stands out amongst the best and with continued updates, it should continue soaring to the charts for however long the developer supports it. And remember that Fatal Falls is still targeted for early next year. Based on trailers and developer notes, it looks to be improving Dead Cells even more.

Dec 22, 2020 Jeremy Green 5310
The roguelite Dead Cells has made a pretty big impact since releasing in 2017. It has great re-playability, beautiful visuals, and a challenging...

Dec 2, 2020 Jeremy Green 5020
The roguelite Dead Cells has been out since 2017, but in that time has only received one paid DLC. That's about to change fortunately for fans of...

Nov 22, 2020 Jeremy Green 3970
Dead Cells has been one of the more memorable roguelite platformers in recent memory. It does a great job at attracting players with its...