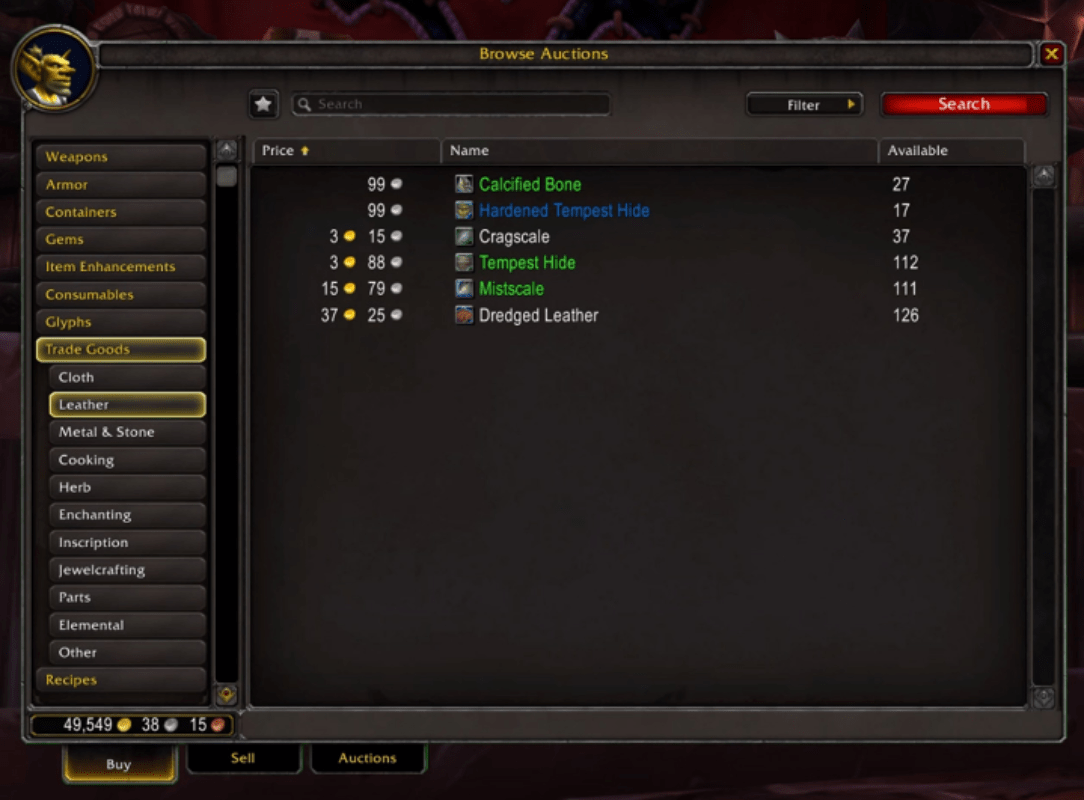 The Auction House, World of Warcraft’s primary source of buying and selling items, is getting a major upgrade soon. It will be a part of the Visions of N’Zoth content update that drops on January 14th.

To check out everything that’s coming with Visions of N’Zoth, click the link in the embedded tweet below!

Cő̷̯̰̻̦̒̓́m̶̬̺̘͈͍̦͊̍̊̇͗͐ing in Visions of ̷̠͙̯̠̀́̈́͝N'Zoth, Pandaren and Allied Races can riś̷̠̽e̶͙̪̫̿̈́͋ again as Death Knights. Available Jan 14 to players who have pre-purchased World of Warcraft: Shadowlands.

World of Warcraft gamers will now be able to buy the exact amount of a commodity that they want. Players have always had to purchase predetermined stacks in the Auction House. The seller would put in stacks of the item, and the buyer would have to buy the size of the stack. This was a pain because players would often buy more of the commodity than they needed.

Gamers will now be able to choose how much of a commodity they want to buy. Players will select the number, and then the Auction House will automatically find the best deal. The new Auction House will show the player the per-unit price of the commodity as well as the total price. Also, the lowest price will show up at the top of the listing, which guarantees World of Warcraft gamers are getting the best deal.

So, when sellers put a stack of a specific commodity into the Auction House, they will choose a per-unit price, not a stack price. This allows players to buy as many units as they want from the stack.

Players can also add items that they buy a lot in the Auction House to a favorites list. Gamers need to right-click the item that they want on the list to add it. This is an excellent feature as it’ll reduce the time of having to search for an item, especially if the gamer does a lot of buying.

Blizzard has also gotten rid of copper from the listings. Prices will now only be advertised with the amount of gold and silver.

Gamers are warned that Blizzard will be removing any unsold commodities in the Auction House. This will happen a few hours before the content update drops. Everything that is removed will be sent back to the seller, and a warning will pop-up whenever a seller goes to post a new item until Visions of N’Zoth.

Gamer Starts Having Seizure And Online Friend Saves The Day