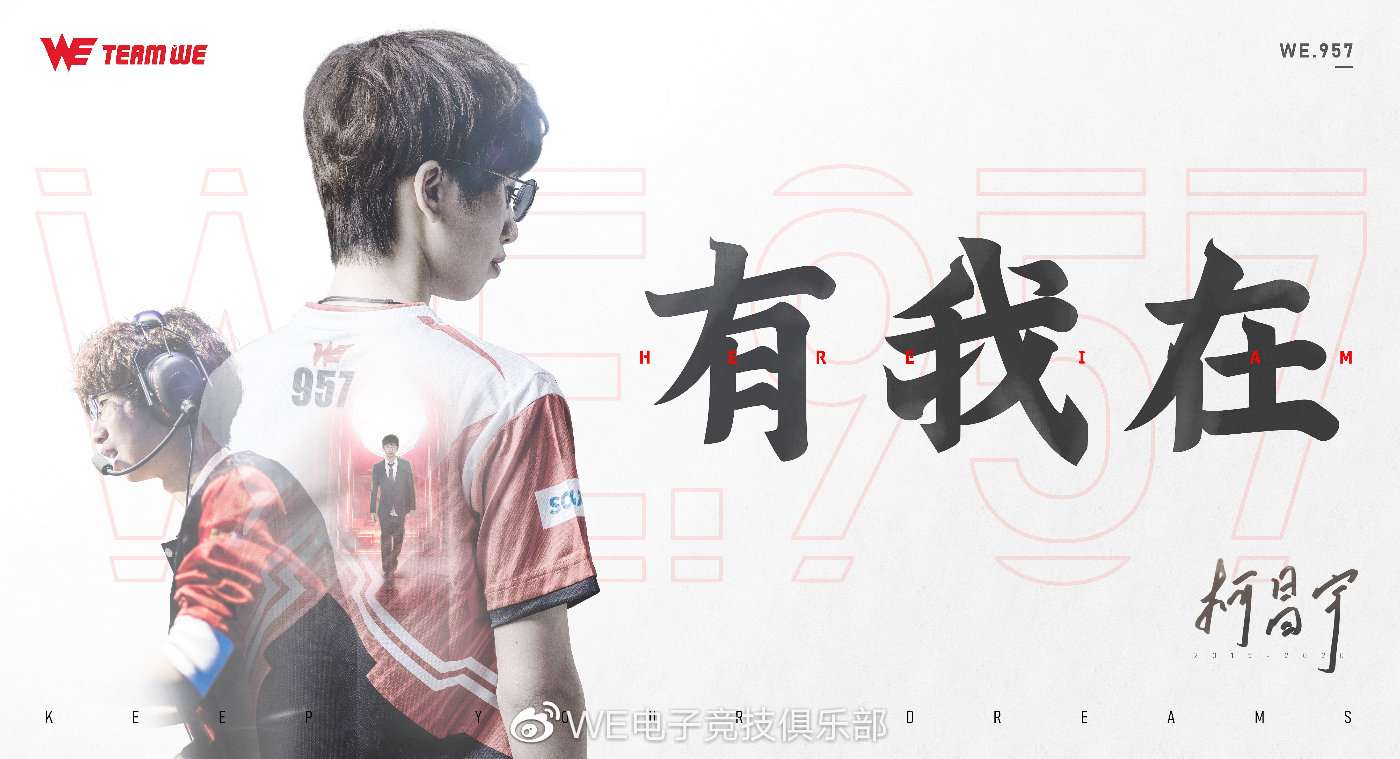 The legendary top laner of Team WE announced his retirement at 19:57 yesterday.

Ke ‘957’ Chang-Yu started his professional career in November 2014 as a top laner for Mighty Eagle, but left the team for Team World Elite 1 month later, for whom he has played till yesterday.

[Official] WE 957 will retired….@TeamWE will hold his retirement ceremony at @JDGaming on 16th. #LoL #LPL pic.twitter.com/ko2irdeUEe

In 2015, 957 joined the WE Academy Team, Team WE Future as the starting top laner at the beginning of the season. The team had decent performances over the year and it’s performance allowed it to compete  for a spot in the main League. Unfortunately, the team was eliminated in the first round of the promotion tournament and did not manage to qualify for LPL 2016.

Following his individual performance in 2015, 957 was invited to join the main team, to replace Aluka. The team started performing much better, with 957 establishing himself as a reliable, low-economy player. The team managed to finish 3rd in Spring 2016, and 4th in Summer 2016. The team acquired enough Championship Points to qualify for the Regional Finals, but lost to iMay 2-3 and did not qualify for the 2016 World Championship.

The 2017 Season was much more successful for Team WE. They’ve finished 2nd in Spring 2017 and managed to win their first LPL title after defeating RNG 3-0 in the finals. They’ve attended the 2017 MSI, and reached the semifinals but lost 1-3 to G2 Esports. 957 was heavily praised for his outstanding performances, especially on Kled in the top lane. Summer was not as successful as Spring, after finishing 2nd in Summer 2017, they’ve lost to Invictus Gaming in the playoff run. But, the revenge was swift in the Regional Finals, where Team WE defeated IG 3-2 and qualified for the World Championship.

Their World Championship 2017 run was very impressive, they went almost undefeated until Semifinals, where they lost 1-3 to Samsung Galaxy, who went to win it all during that year. 957 was heavily praised by the League of Legends community for being the vital point of Team WE’s success at the World Championship.

‘My youth is over — You would always say that. My former partners, friends, have now gone in separate ways. Those moments of joy and regret could never be replaced or remade,’ said 957 in his Weibo statement announcing retirement.

His professional career was a joy to follow and his next chapter of transitioning to a caster role is just beginning. If you would like a glimpse of what is coming, tune in on January 18, 2020 on the LPL stream to see the debut of the new LPL caster, 957.