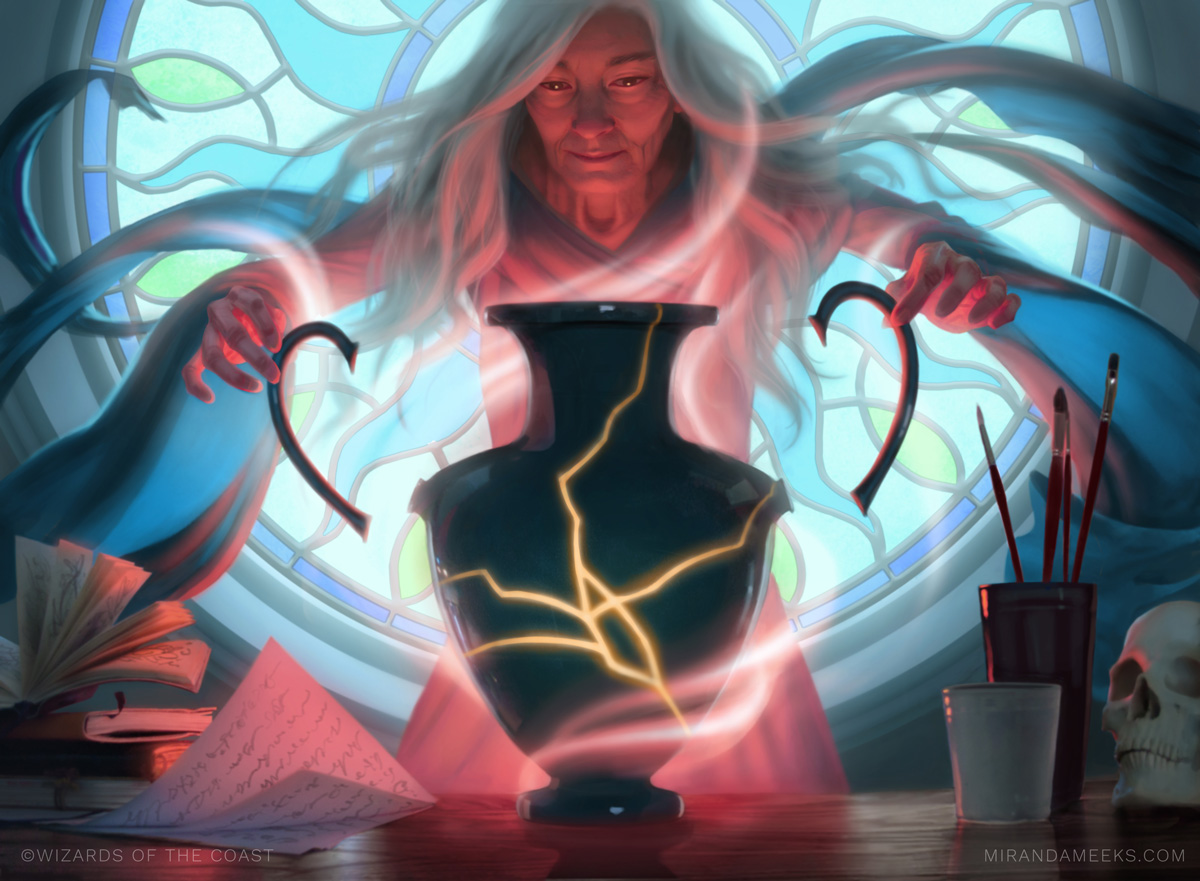 Tasha’s Cauldron of Everything is D&D’s newest book to hit the shelves, adding in 30 new subclasses, new character creation rules, and optional variants for existing classes. In total, TCoE is a pretty impressive collection, and D&D players have been wanting to take a peek at the contents for months now.

The Genie Patron was previously seen in Unearthed Arcana, a portion of the D&D website dedicated to providing players new content to playtest and provide feedback on. The article below will cover the updates provided to the Genie Patron in Tasha’s Cauldron of Everything.

When you choose this subclass at 1st level, you choose what kind of genie your patron is. This choice will determine the nature of your abilities and learned spells later on in the class.

Also at 1st level, you gain access to a set of spells that you can choose from when you learn new warlock spells. Each Genie Kind has its own list of spells to choose from, on top of Genie spells that can be chosen by a warlock of any Genie Kind. Since there’s a pretty extensive list, we’ll cover the highlights.

Of the Genie spells, Wish is the clear winner here. Amazing spell with almost limitless potential. Be wary of the potential side-effects, however. Of the Dao Spells, Sanctuary and Spike Growth are both great. Wind Wall and Greater Invisibility are the best Djinni spells, with Fireball and Fire Shield being the best options for an Eftreeti. Fog Cloud, Blur, Control Water, and Cone of Cold all have pretty great potential for the Marid.

1st level also brings the Genie’s Vessel, a magical vessel gifted to you by your patron that grants you a tiny measure of their power. The object is Tiny, and you can use it as a spellcasting focus. The vessel can be anything from an oil lamp to a compartmented ring.

Whilst touching the vessel, you can use it in the following ways:

Bottled Respite – As an action, you can magically vanish and enter into your vessel, which remains in the space you left. The interior of the vessel is an extradimensional space in the shape of a 20-foot radius cylinder, 20 feet high, and resembles your vessel. It’s appointed with cushions and low tables and is a comfortable temperature. While inside, you can hear the area around your vessel as if you were in its space. You can remain inside the vessel up to a number of hours equal to twice your proficiency bonus. You exit the vessel early if you use a bonus action to leave, if you die, or if the vessel is destroyed. When you exit the vessel, you appear in the unoccupied space closest to it. Any objects left in the vessel remain there until carried out, and if the vessel is destroyed, every object stored there harmlessly appears in the unoccupied spaces closest to the vessel’s former space. Once you enter the vessel, you can’t enter again until you finish a long rest.
Genie’s Wrath – Once during each of your turns when you hit with an attack roll, you can deal extra damage to the target equal to your proficiency bonus. The type of this damage is determined by your patron: bludgeoning (dao), thunder (djinni), fire (efreeti), or cold (marid).

The vessel’s AC equals your spell save DC. Its hit points equal your warlock level plus your proficiency bonus, and it is immune to poison and psychic damage. If the vessel is destroyed or you lose it, you can perform a 1-hour ceremony to receive a replacement from your patron. This ceremony can be performed during a short or long rest and the previous vessel is destroyed if it still exists. The vessel vanishes in a flare of elemental power when you die.

Elemental Gift comes blasting in at 6th level. You now have resistance to a damage tupe determined bu your patron’s kind: bludgeoning (dao), thunder (djinni), fire (efreeti), or cold (marid). In addition, as a bonus action, you can give yourself a flying speed of 30 feet that lasts for 10 minutes, during which you can hover, You can use this bonus action a number of times equal to your proficiency bonus, and you regain all expended uses when you finish a long rest.

After that, the 10th level brings the Sanctuary Vessel feature. When you enter your Genie’s Vessel via the Bottled Respite feature, you can now choose up to five willing creatures that you can see within 30 feet of you, and you regain all expended uses when you finish a long rest. As a bonus action, you can eject any number of creatures from the vessel, and everyone is ejected if you leave or die or if the vessel is destroyed. In addition, anyone (including you) who remains within the vessel for at least 10 minutes gains the benefit of finishing a short rest, and anyone can add your proficiency bonus to the number of hit points they regain if they spend any Hit Dice as part of a short rest there.

The final feature, Limited Wish, packs quite the punch at 14th level. As an action, you can speak your desire to your Genie’s Vessel, requesting the effect of one spell that is 6th level or lower and has a casting time of 1 action. The spell can be from any class’s spell list, and you don’t need to meet the requirements in that spell, including costly components; the spell simply take effect as part of this action. Once you use this feature, you can’t use it again until you finish 1d4 long rests.