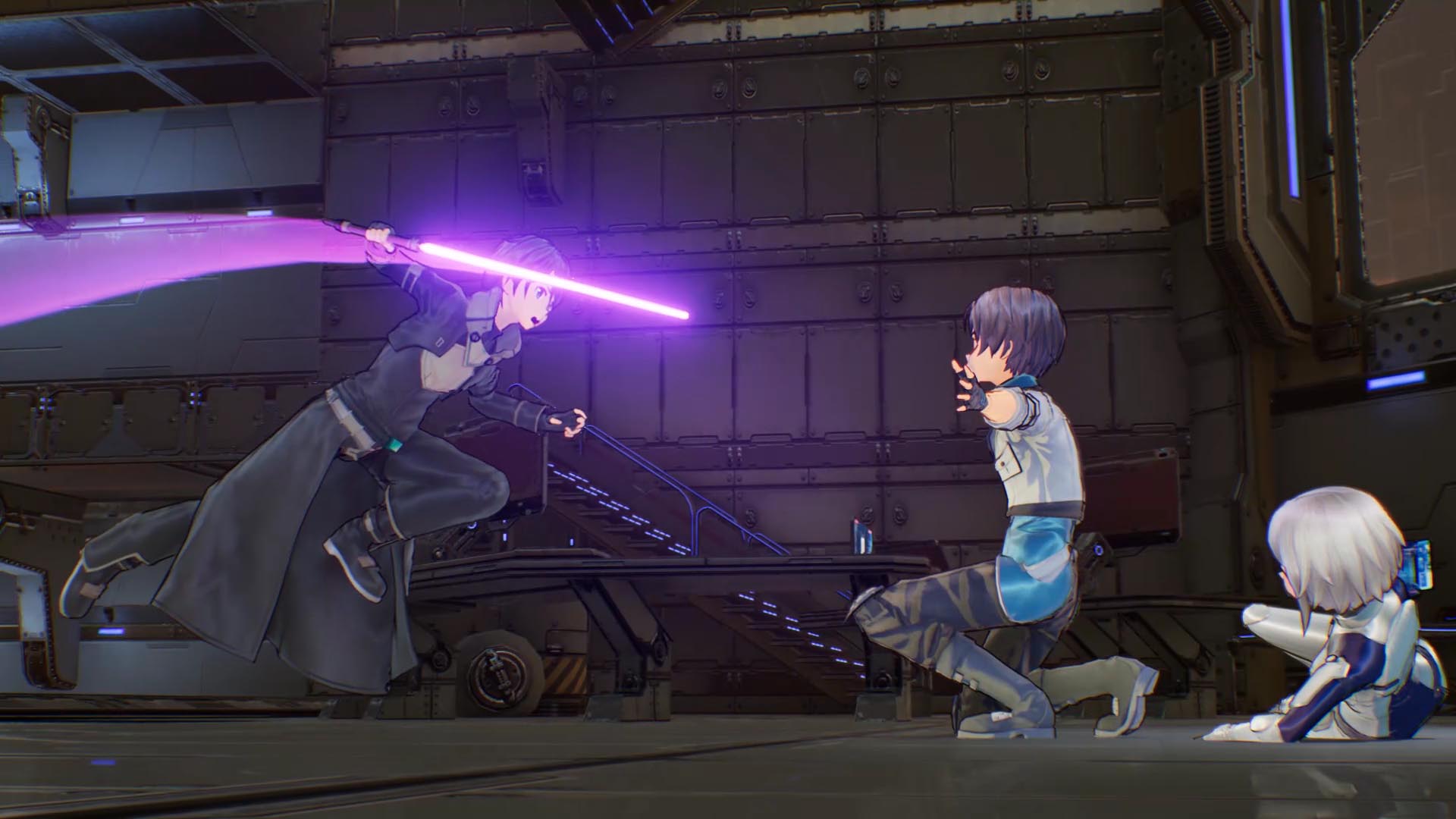 The free Winter update will include new scenarios, a new mode, and a new character.

The news was announced during a Bandai Namco live stream earlier this month. They didn’t go into the new content in detail but provided some images of customers and weapon skins.

The characters detailed in the live stream include Kureha, Zeliska, and Itsuki. All three characters were shown in-game and with sketches of their real-world counterparts.

Takamine Momiji, otherwise known as Kureha, is the protagonist’s childhood friend and well-known in the game for her high-skill level.

Sai Yukitsugu, or Itsuki, is one of the most popular characters in the Gun Gale Online game featured in the series.

Hoshiyama Midoriko, or Zeliska, is one of the heroines in the game. Like the other characters, she’s also a skilled player.

The free Winter update also includes a new scenario. The protagonists are trying to take on a new quest, but Afasys (localized in North America as ArFA-Sys) is unable to speak further about it. According to the live stream, this is related to the new quest.

There were also updates related to the “Abyss Dungeon.” This location is where players can jump in from the beginning to test their abilities. In the Abyss Dungeon, players can level up their skills and collect items on their goal to take on all 50 levels of the dungeon. Save states save every four levels, and players can resume if they die along the way.

The free Winter update for Sword Art Online: Fatal Bullet will be available on February 3 in Japan.

Sword Art Online: Fatal Bullet is available now for PC via Steam, PlayStation 4, and Xbox One. A Nintendo Switch release is planned for early February in Japan.

AdventureQuest Prepares For Valentine's Day With The Void Takeover And More