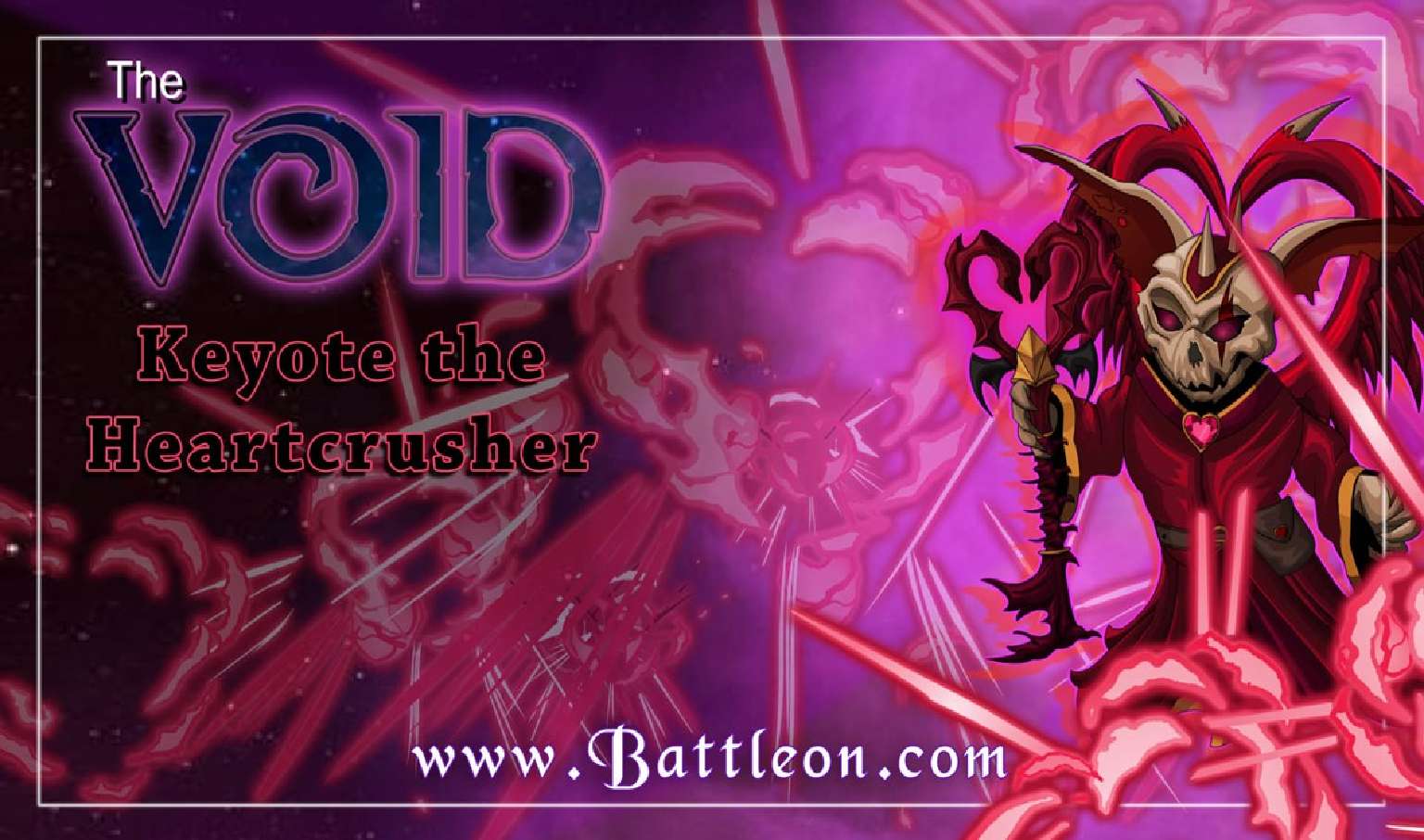 Artix Entertainment is preparing for the February holiday, and they’re starting with AdventureQuest. This year, this Valentine’s Day focus is the Void Takeover.  This will coincide with the normal Valentine’s Day event, Hero Heart Day.

The Void Takeover is focused on the necromancer Keyote the Heartcrusher, who is putting the “romantic” in “necromantic”. This Moglin demon seems to be an expert with playing with heroes’ emotions.

As this was announced on January 30, 2020, there is not much information on the story, so the focus of this new is on the items that will accompany the event.

In the Limited-Time Shop, the Groundhog Pet has returned to predict six weeks of pain for your enemies to coincide with Groundhog Day. And since the Superbowl is happening soon, the Limited-Time Shop has football-related items, Dwarven Miners and Native Chieftans Player Faces, a proxy for the San Francisco 49ers and the Kansas City Chiefs.

They also have the 20,000 Z-Token Package in its final week. By purchasing this package, players can take hold of the Shadow Strike Guardian Dragon Blade and wield the legendary might of a Guardian Dragon, one of the most powerful dragons in all of Lore. Players can click the handle to swap between melee and magic damage or click the blade to transform yourself into a Guardian Dragon. But this special package bonus will only be available until February, so players will want to pick it up today before it is gone forever.

The new Z-Token package for February is the Valentine’s Day package, the Heart Crusher Mace and Shield 12,000 Package. The Heart Crusher Mace is filled with the fiery passion of love and can swap between melee, magic and ranged Fire damage, with a special attack to control the enemy’s hearts. The Heart Defender Shield defends against fire attacks and can bolster the player’s fighting spirit by restoring their SP when they block attacks. This package will be available until March, so players have plenty of time to get their hands on these items.

The final set listed is the Spirit of Love 6,000 package. This ethereal charm boosts character passion for combat. It normally gives +10% gold from battles when in the active inventory, topping out on 8 misc item slots. However, for February, it grants a +25% gold boost.

The coming events for February are coming along as intended, and the team is moving forward with the story. Check out Hero Heart Day and the Void Takeover, and BattleOn!