Several Reports Mention Of A GTA San Andreas Ghost Car, It Turns Out To Be True 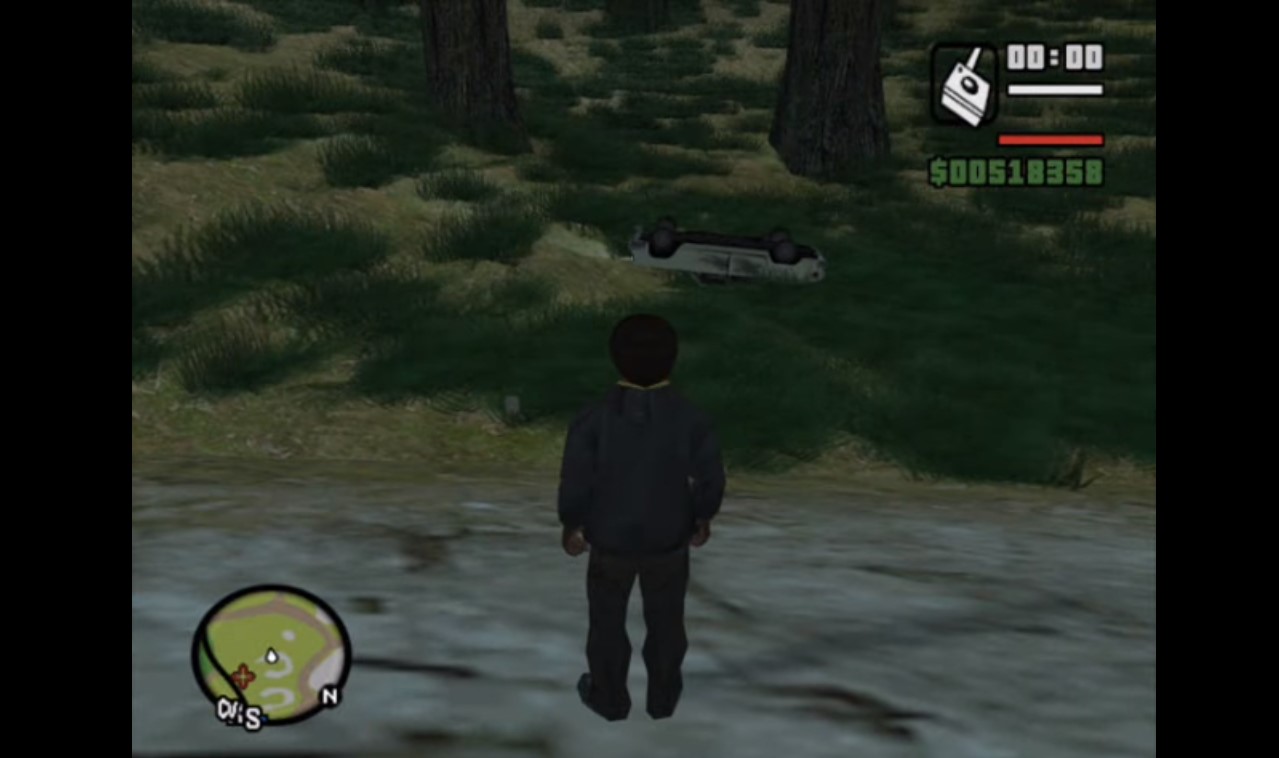 GTA San Andreas, one of the best-selling title from the franchise was released way back in October 2004. But who would think that the game is laden with mysteries that players might have missed or wholly ignored during gameplay?

Recently, the game is resurfacing online with some players noticing a car that suddenly rolls down a hill. The old and beat up red painted car is located in the isolated southern part of the map with no structures called, the “Back o’ Beyond.” This often uncharted region of GTA San Andreas certainly lives up to its reputation for being spooky. It is an endless expanse of tree-lined wilderness with an ambiance that will give any player goosebumps.

Though the game was released sixteen years ago, there were several reports of the game’s mysterious “ghost car” and a few other spooky characters lurking in the area. This has recently been proven right with many players affirming the presence of the scary old vehicle in the woods and some other creatures that include the Slenderman, Bigfoot, and other mythical creatures. They are also reported to appear during inclement and strange weather conditions.

But unlike the Bigfoot and Slenderman myth, it’s easy to encounter a ghost car. If you spend a lot of time running around the woods, you will chance upon a vehicle running by itself and without any drivers. Many stories about the ghost vehicle of Back o’ Beyond has surfaced since it was first reported sometime after the game’s release.

GTA San Andreas is one of the most expansive free-world games in the market and myths about the game’s scary contents have been circulating around for more than a decade. There’s even an existing wiki solely dedicated to dispelling and proving realities about them. It might be that some of them are true and others might be caused by game mods, but the myths surrounding the “ghost cars” on the Back o’ Beyond area, is true.

There are several speculations and possible explanation about those wrecked and abandoned cars suddenly rolling down the hill. One possible reason might be because of these beat-up old vehicles might be situated in slopes which swiftly move during gameplay, or it might be that Rockstar Games included them to scare young children who find themselves playing the game late at night.

But whatever the reason, it certainly adds the thrill to re-experience the game and finding out some of the most intriguing myths surrounding Rockstar Games, GTA San Andreas.

The Official Release Date For The Bard's Tale 4: Director's Cut Was Just Announced For August 27