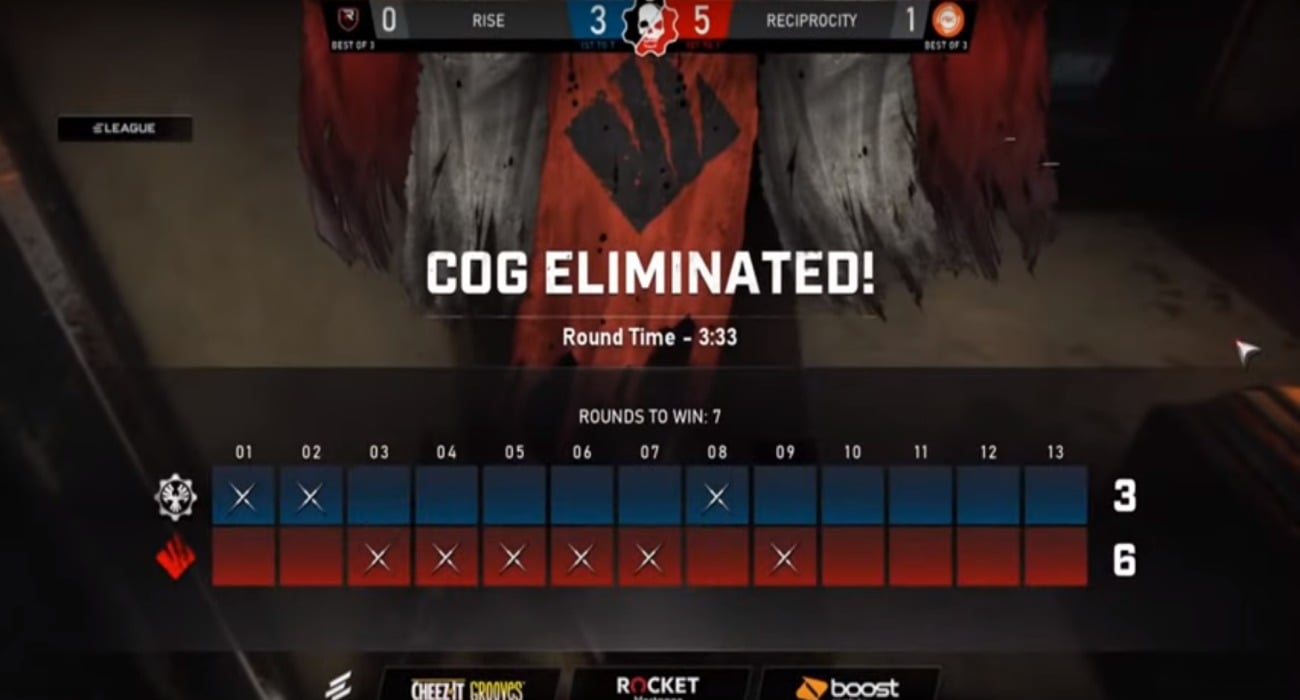 One of the more anticipated games of 2019 is Gears of War 5. It is picking up right where Gears of War 4 left off, with questions about Kait Diaz being addressed. The fourth installment was pretty great in terms of its multiplayer, and this upcoming shooter seems to be elevating the action even more.

Multiplayer has always been a shining aspect of playing a Gears of War game. There are plenty of modes to look forward to and military tactics to master with your squad. To celebrate this game’s upcoming multiplayer, the Gears Summer Series Invitational is featuring it on a grand stage.

ELEAGUE competitors will have the chance to show off what they got, and as you can imagine, fans are in store for some bloody, fast-paced action. This past weekend, we got a glimpse of some of the action.

It seems like a lot of professional players are relying on the shotgun. This isn’t anything new. The shotgun in almost every version of this game is a beast to defend against. It takes close quarters combat to the next level. You have to be fast on the trigger and dodge enemy fire at just the right moments. One slip-up and your character’s head will be all over the place.

That’s what makes the shotgun one of the most important weapons to master, especially in this fifth installment. It could be the difference in winning and losing a match, in fact.

In addition to some amazing shotgun action, this invitational event showcased a little more of Escalation. It’s an objective capture mode that features limited respawns. It’s looking to be one of the more popular modes in the game thus far. It’s receiving a lot of interesting feature updates as well.

For example, a team can win the entire round by killing all of the opponents simultaneously. Additionally, weapon placement will prove key. Knowing their exact positions will help you get to them faster, in hopes of gaining a superior advantage over the opposing team. Escalation seems like a fun mode for those interested in strategy and teamwork.

From everything shown at this event, Gears of War 5 is shaping up to be an amazing game. It should give Microsoft a boost leading into the release of their next console. This third-person shooter series has a lot of history, yet time and time again, the developers find new ways to keep the gameplay and story fresh. That’s commendable.