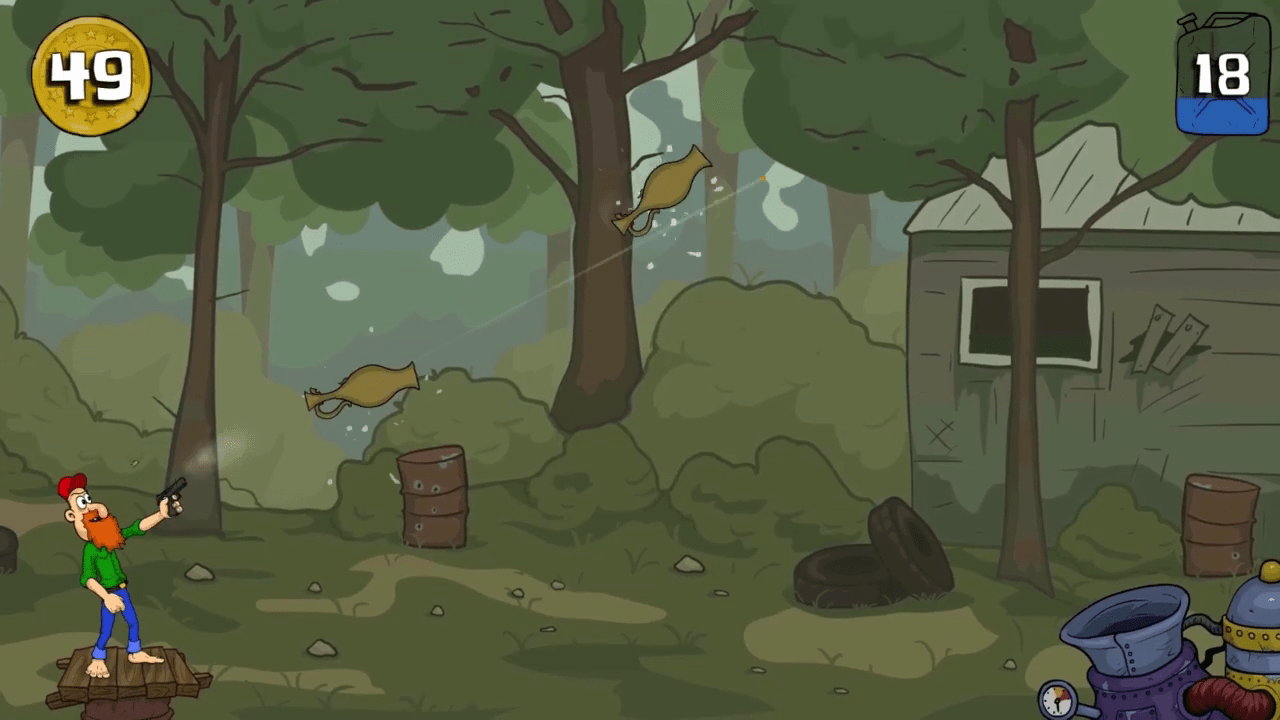 Sometimes you just want to shoot some random stuff. Any random object really. As the joke goes: If this is you, you might be a redneck. But now you can indulge that urge in the safest way possible without spending any of your money on ammunition. Even if you’re not a redneck, you might want to give Redneck Skeet Shooting a try.

Redneck Skeet Shooting is a shooting game where players can shoot a random assortment of objects thrown in the air to collect coins and earn points. It really is that simple. But, despite all of its simplicity, the game still looks pretty fun.

The game itself is oddly reminiscent of Duck Hunt, but with more customization and better graphics. Duck Hunt, for the uninformed, is a 1984 shooting game for the Nintendo Entertainment System. The revolutionary part of the game, at the time, was that it came with an actual pistol-shaped controller that players could aim at the screen. Redneck Skeet Shooting has the same spirit but relies on different game mechanics (and a whole lot of humor) to pull it through.

In order to score, players will need to aim their firearm using a small white line and time their shots to hit all of the targets before they fall to the ground. This sounds easy in practice but will become impossibly difficult as more targets get thrown into the air.

But Redneck Skeet Shooting has a little more than just shooting targets. A big part of the game will be earning coins that are used to unlock different backgrounds, new firearms, and better characters. Each of these unlocks will give players different advantages for different playstyles. Players will even be able to unlock trophies for beating certain in-game challenges.

To help stave off any monotony, the game will even include different modes to play through. While Redneck Skeet Shooting sounds overly simplistic, that’s part of the fun. It’s the kind of game you can play with your friends on a quiet night when there’s nothing better going on. Just like rednecks who tend to go out shooting random things in the backwoods when they have nothing to do but much safer.

Redneck Skeet Shooting will be available for the Nintendo Switch on Monday, July 1st. The price for the game on the Nintendo Game Store is currently $4.99. Pick it up if you’re a fan of old-school shooting games like Duck Hunt.