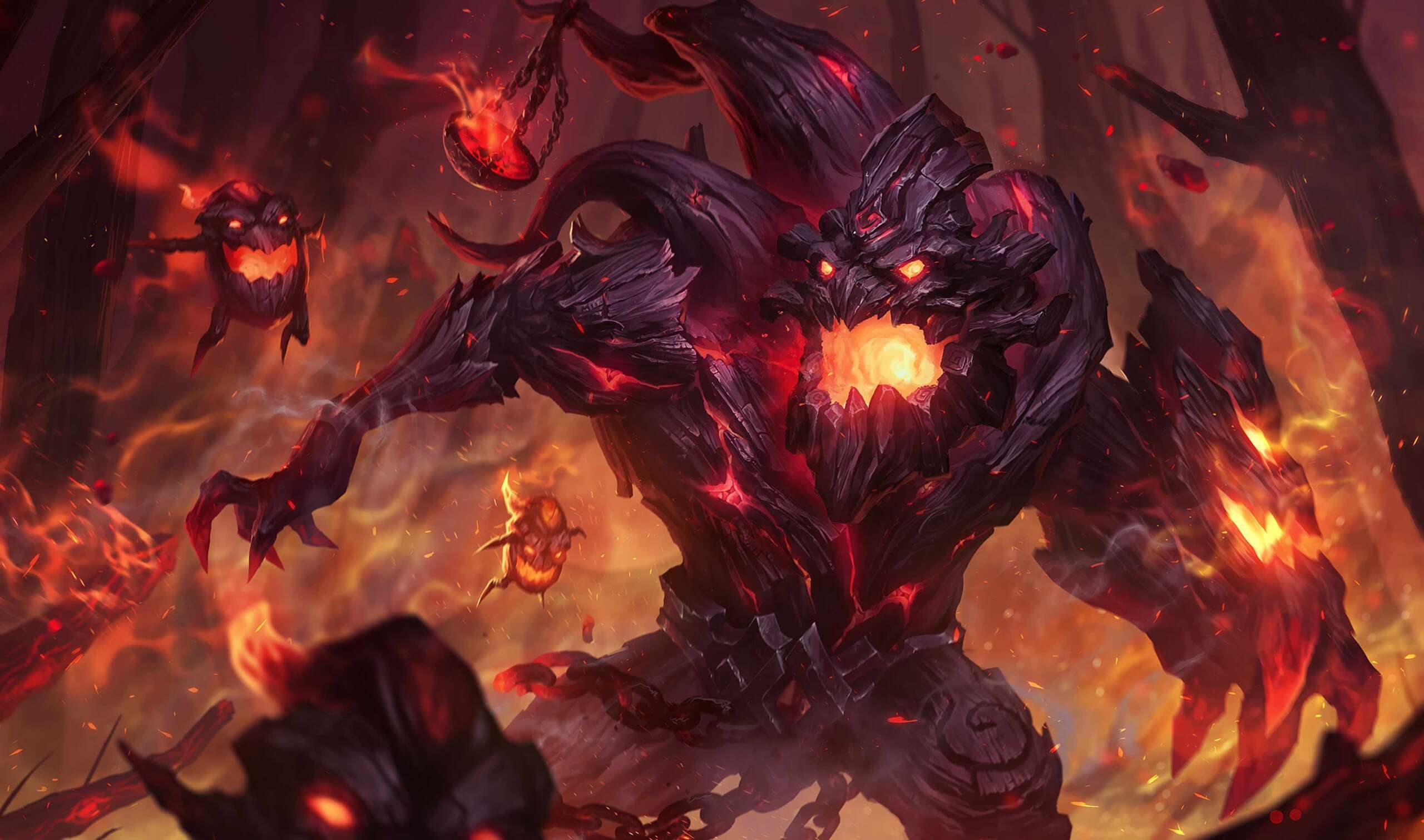 Maokai is one of the best top laners in League of Legends season 10. He has an all-inclusive kit that has a slow, gap closer, an AoE root, and a heal. He’s reliable and can perform well without having resources funneled into him.

Grasp of the Undying: This rune is one of the best for tanks. It scales with maximum health, making it effective for the entire duration of the game. One of the best aspects of the rune is that it grants you health as you proc it, making it especially efficient against melee champions so you can proc it often.

Demolish: Demolish is a great rune to take down towers fast. As Maokai, your kit doesn’t do anything to towers so having this rune is a must if you want to be able to push quickly. It allows you to take early tower plates for a huge gold inflow.

Conditioning: This is a pretty basic rune to grant you more tankiness early as the game goes on. Conditioning will improve the benefit from your armor and magic resist items, making you tankier with every item you acquire.

Overgrowth: Overgrowth is one of the best scaling runes, especially if you can farm efficiently.

Manaflow Band: Maokai is very mana hungry due to how expensive his abilities are. Most of your items won’t have a lot of extra mana on them so having this rune is a requirement.

Having extra health regeneration is crucial for every tank. Doran’s Shield grants you 80 bonus health to make you tankier early on and a great passive to help you last-hit with five extra attack damage against minions. This item is great early on but loses value as the game goes by.

During the farming phase, you are going to take damage from enemy champions. Health potions heal back 150 health over 15 seconds and will give you extra time before having to base.

As the main core item of your build, Sunfire Cape helps you waveclear with ease and has a great teamfight effect, doing a lot of AoE damage when you use crowd control on opponents. It grants you health and armor on top of these two effects, making it a huge priority in your builds. Due to how easy it is to activate the item, it’ll be doing thousands of damage over the entire duration of the game.

While Sunfire Cape is the core item of your build against AD-oriented champions, Abyssal Mask is the core against AP-oriented champions. Instead of the armor from Sunfire Cape, you get some magic resist, mana, and CDR. While it doesn’t have the amazing AoE damage effect from Sunfire, it has an AoE aura, increasing damage taken by enemies by 15 percent.

Oct 18, 2020 Richard Sebastian 1000
The 2020 League of Legends World Championship has wrapped up their quarterfinals matches and is heading into the semifinals. With the playoff season...

Oct 18, 2020 Giorgio Delgado 480
JD Gaming came into this tournament as one of the favorites to win it all. They had a rough start, but they came back strong in the second...

Oct 18, 2020 Giorgio Delgado 340
Rogue went out with a bang, losing to most teams in their group. Europe's third seed couldn't match other top tier teams from the group, falling to...