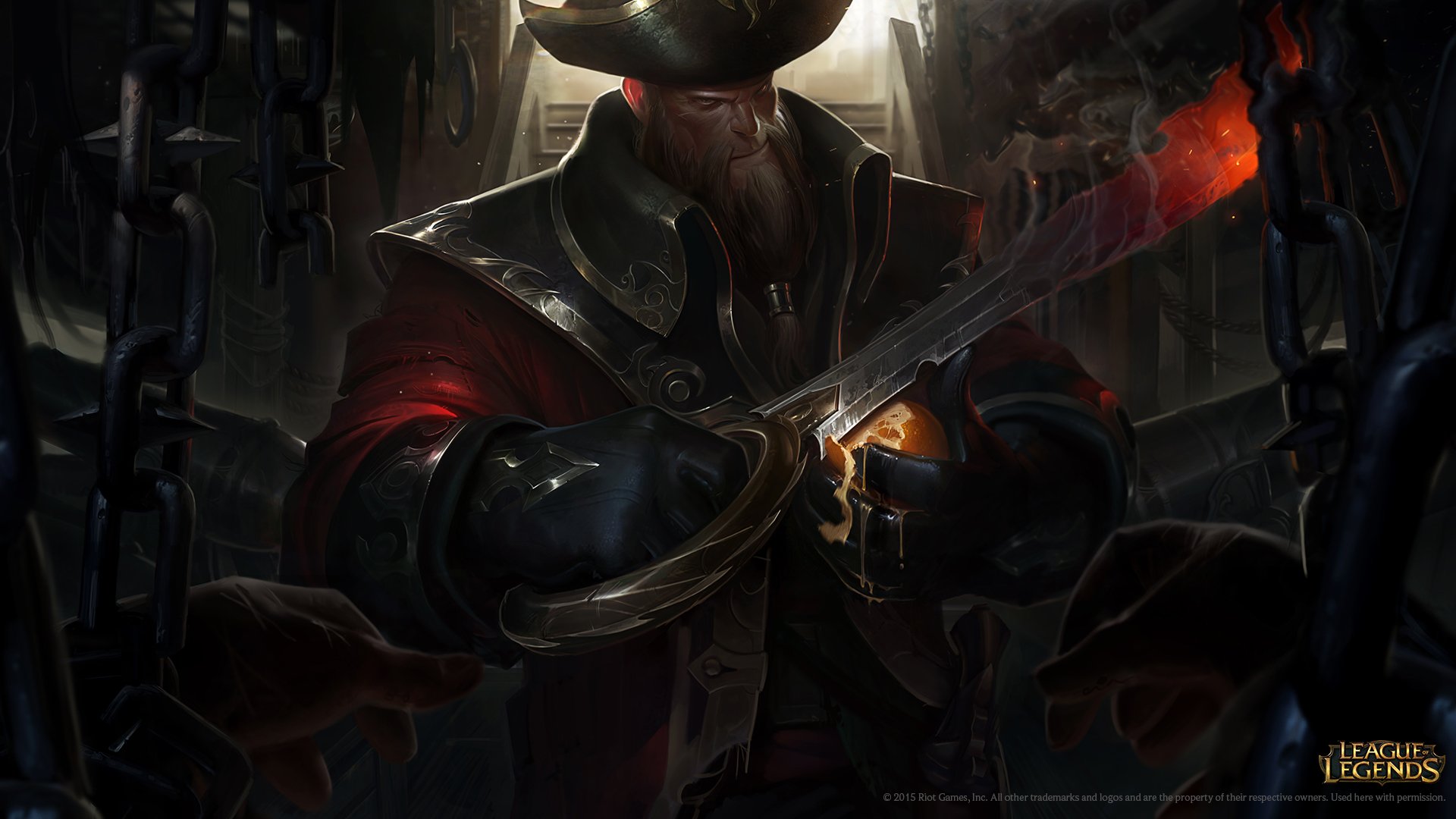 Gangplank is one of the most underused top laners in League of Legends season 10. He has a great laning phase thanks to Corrupting Potion and can influence other lanes easily starting level six with his global ultimate. His builds are flexible and can be adjusted depending on matchup or team compositions.

Grasp of the Undying: Grasp is one of the best keystones for Gangplank since it is easily activated by your Q. You can sit in combat for a couple of seconds then use Q to hit the enemy champion and you’ll get a free stack.

Demolish: Even though you have your passive to help you take down towers, Demolish allows you to do it even faster. It is especially valuable in the early game when the enemy top laners backs away. A couple of seconds and you get a huge gold inflow from tower plates thanks to this rune.

Bone Plating: While Gangplank is a beast as the game goes on, his early game is not that hot. This rune is taken to reduce the burst damage and help you survive ganking attempts by the enemy jungler.

Overgrowth: This rune is a simple scaling rune which increases your health pool as the game goes on. Thanks to Grasp of the Undying and this rune, you become a high-health beast into the later stages of the game.

Biscuit Delivery: Biscuits offer extra lane sustain to ensure that you can recover from unfavorable trades. The extra mana granted allows you to have a higher mana pool later on, giving you the possibility to do one extra combo before you run out of mana.

Time Warp Tonic: This rune is taken to make your laning phase as easy as possible. Combined with the Corrupting potion, you’ll be unkillable and can farm up for your core items.

This potion is the best early game sustain item. Even without any stats, this item can influence the laning phase significantly. For only 500 gold it gives you back 375 health, 225 mana, and has a damage-over-time effect that quickly adds up. The item without any enhancements is very gold efficient, but due to the fact that you’ll have Time Warp Tonic, the effectiveness of this item skyrockets. You’ll be getting back much more health and a nice movement speed buff which can help you out throughout the entire game.

Since you’ll be facing a lot of auto attack-oriented champions in the top lane, this item can win you the laning phase by itself. It can be rushed in tough matchups, and combined with Corrupting Potion it will grant you enough time to scale and get your other core items.

Trinity Force is the core item for Gangplank. It syncs perfectly with your Q and allows to proc it’s effect every couple of seconds without exposing yourself into melee range. It does a lot of damage, grants you decent stats, and the components are all good for Gangplank.