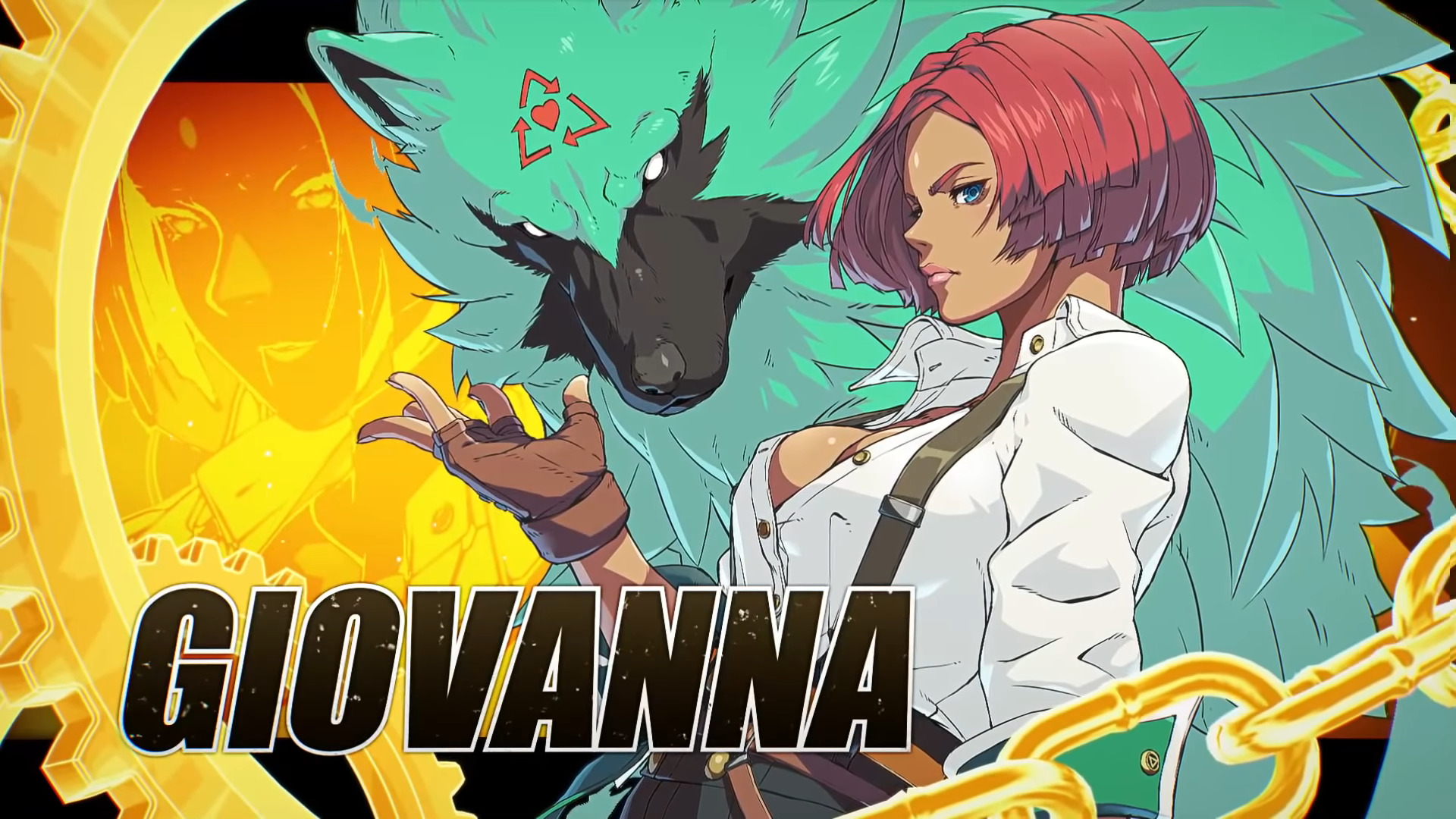 The anticipated Guilty Gear is not until 2021, but developers ArcSystemWorks has been hard at work at their headquarters. On their recent broadcast, it was revealed that Giovanna would be joining the universe of the game. As always, another champion to test around with or perhaps became someone’s main is always a treat for newer and long-time players alike.

The video release for the introduction of Giovanna sees her with a spirit wolf-like companion. She also utilizes a very rush intensive playstyle to take advantage of unsuspecting opponents and corner them. The Japan-based company also shared that she will become the second fighter to join the upcoming Strive next year after Nagoriyuki was revealed. They were also happy to announce that she be easy to learn compared to the other heroes.

ArcSystemWorks presented the poster for the fighting game with 15 initial fighters to choose from. They can always introduce more down the age of the DLC as planned or necessary. With 13 of them already publicized, fans are expecting two more exciting champions to be announced.

At the end of Giovanna’s trailer video, another fighter may have stolen the spotlight from her. Mito Anji might, after all, come back to the Guilty Gear game if the tease is to be believed. This broadcast makes only one hero left that the community has absolutely no idea who. It could be someone from the existing pool or a whole new fighter we are yet to acquainted with. Either way, though, it is always an amazing feed to their fans when everyone is discussing the next fighter after the newest one has just been revealed.

In the video, the weaponized fan-user Mito was shown with a darker contrast and less saturation. But it wasn’t hidden; his image was fairly direct to the point at the latter part of the one minute and 36-second video. The developers promised the next broadcast to be aired on the first day of 2021, which will most likely be the final and all-out reveal of Strive.

On Twitter, ArcSystemWorks writes a title for the newly announced fighter, “Giovanna is your new daredevil.” They also playfully tweets that the highlight of their broadcast was when she was seen petting and taking care of her wolf, with #YouCanPetTheDog.

Guilty Gear has a long history for its fans, releasing its first iteration in 1998. The most recent release was on May 25, 2017, named the Guilty Gear Xrd Rev 2.