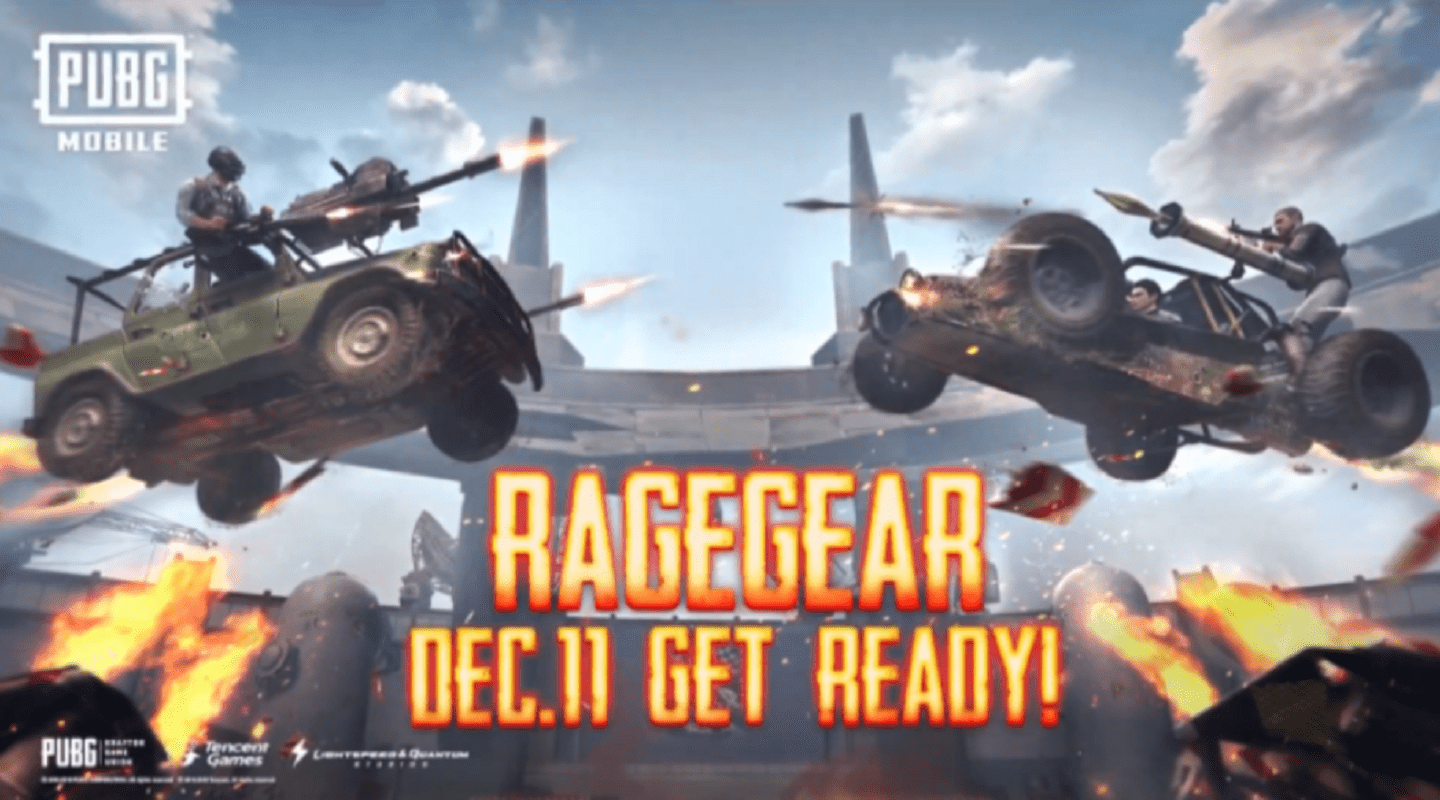 There have been leaks all over the internet the past week about a Death Race type game mode coming to PUBG Mobile, and today it’s been confirmed.

During the PUBG Mobile Club Open 2019 Global Finals, it was announced that a new mode called Rage Gear would be playable starting December 11th.

Here is a quick video showing off some highlights from the first day of the PMCO 2019 Global Finals:

The new EvoGround game mode will feature players battling it out using only vehicles built for carnage. PUBG Mobile gamers will use either the Dacia, UAZ, or Buggy to destroy enemy vehicles. Players will use the weapons that are attached to the car itself, like rockets, or their own gun, whatever is appropriate to get the win.

Since this mode is geared for vehicle mayhem, gamers will not be able to leave their car. They will drive around the map, trying to destroy and not be destroyed. There will be crates littered across the zone, and the driver can pick them up to gain car repair kits and weapons.

There were a few other tidbits of news that were announced during the first day of the tournament.

PUBG Mobile developers are working on a colorblind mode and should be released in 2020 sometime. Also, PUBG Mobile has hit an enormous milestone. Globally, the game has reached over 600 million downloads.

That is amazing, but not overly surprising. All someone needs to do is look at the lineup of the PMCO 2019 Global Finals to see how truly global this game has become.

The first day of the tournament is officially over, and there were some fantastic matches for fans to enjoy. Altogether, the 16 teams played four matches.

Here are the top five moments of the first day:

Players can also watch the entire first day of gameplay by following the link in the embedded tweet!

The three teams with the most points after day 1 are Bigertron RA with 68, Team Queso with 60, and Entity Gaming with 56.

It’ll be fun to see how things end up after the last matches of the Global Finals!