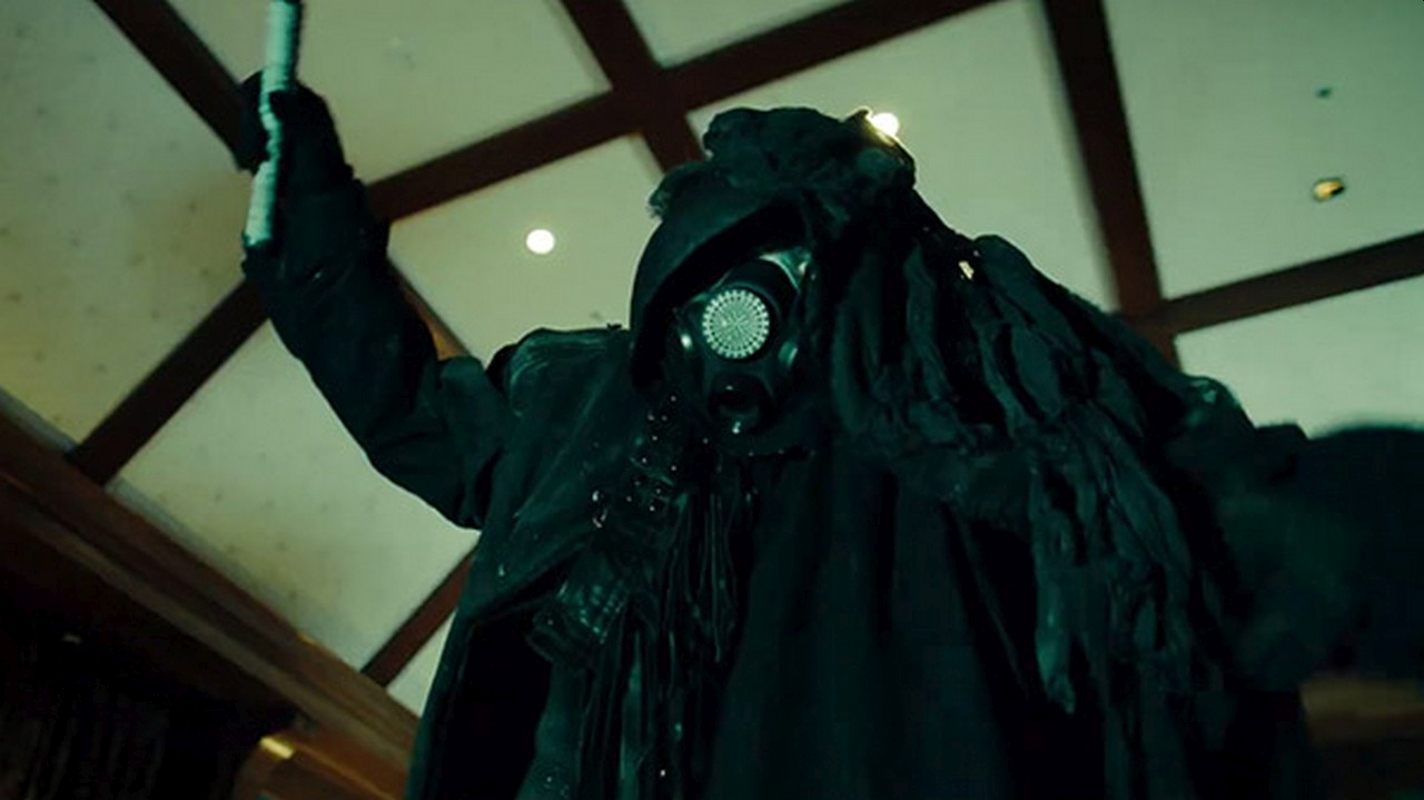 The second trailer for the upcoming FMV Game Death Come True is now available. The newest trailer features the full cast of the game, including the mysterious antagonist, dressed all in black.

From the new trailer: “Death Come True is the latest project from Kazutaka Kodaka, creator of the Danganronpa series. It combines movie and game elements, making it an “interactive movie” with a story that unfolds according to decisions made by the player, which then can result in multiple different endings.”

Kanata Hongo stars as the protagonist, while Chiaki Kuriyama portrays a police investigator. Also previously announced were Yuki Kaji as the emotionless Hotel Concierge, Win Morisaki as another police investigator, Chihiro Yamamoto as a serial killer fangirl, and Jiro Sato as a charismatic late-night news commentator.

The series follows the group inside of a large hotel. Hongo, who plays the protagonist Makoto Karaki, awakens in a hotel with amnesia. He finds out through a news broadcast on tv that he’s wanted for a series of murders.

The new trailer teases various events throughout the hotel. Sato is on tv hosing his late-night news program. Yamamoto forces her way into Karaki’s room and is interested in knowing more about the alleged killer.

The new teaser trailer also highlights some of the gameplay. Karaki has access to a virtual screen. Players control Karaki as he explores different rooms and looks for clues. He can also work with other characters to uncover the truth about the murders.

Karaki also has the power to go back in time. If Karaki is killed, either by another character or a self-inflicted wound, he can go back in time with the knowledge he learned in the future. Karaki can then use that knowledge to make a better decision. It’s unknown if these powers have any repercussions on Karaki, or could have led to the memory loss plaguing him today.

Kazutaka Kodaka is writing and directing the new title, while Isanagi Game’s CEO Shinsuke Umeda is acting as Producer. Masafumi Takada composed the soundtrack, which can be heard in both teaser trailers.

Death Come True will be released on PC, PlayStation 4, Nintendo Switch, plus iOS and Android sometime in 2020.

Dec 15, 2020 Lisa Nguyen 4640
Izanagi Games and Too Kyo Games revealed a demo for Death Come True. While the game has been out for a few months on mobile, PC, and the Nintendo...

Oct 14, 2020 Lisa Nguyen 3600
Publisher Izanagi Games and developer Too Kyo Games have announced the new release date for Death Come True on the PlayStation 4. The game was...

Sep 25, 2020 Lisa Nguyen 4790
Izanagi Games and Too Kyo Games have announced the PlayStation 4 release of Death Come True has been delayed. The official Twitter account for the...