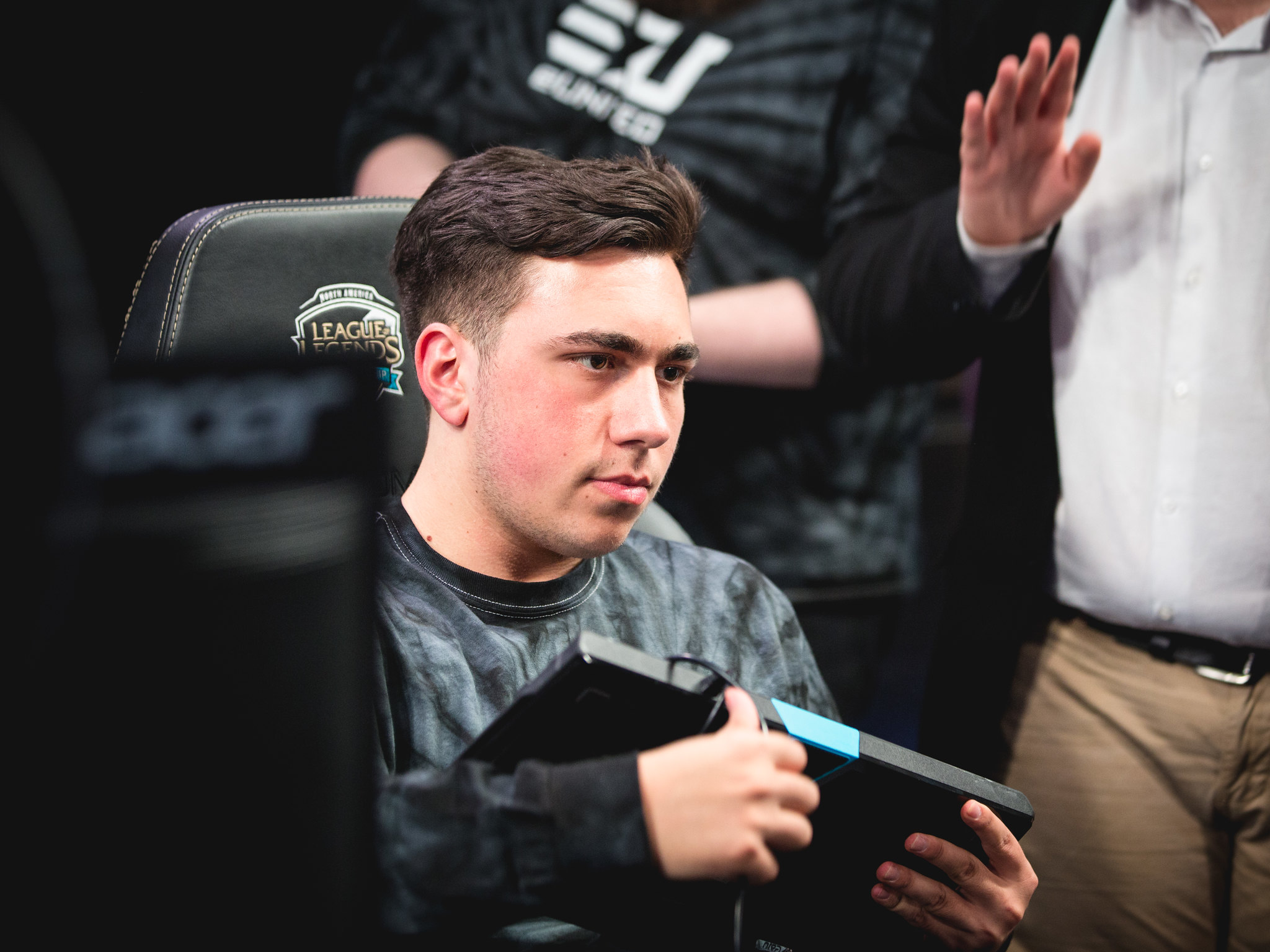 Schalke 04 has re-signed jungler Gilius for the 2021 season, the League of Legends team announced recently.

Gilius, a seven-year veteran in the professional scene, joined Schalke in a pronounced, full-time role prior to the 2020 season—though he did briefly play for the organization back in 2016 as well.

RELATED: Twitch Calls Out Streamers That Have Been Looping VODs Of Valorant To Farm Drops

Down the stretch of this past season, Gilius played a major role in Schalke’s winning ways. Although the team barely missed out on reaching the World Championship by just two games, the veteran jungler was a part of a winning streak that propelled Schalke to the edge of success. In the later portion of the season, Gilius helped Schalke win 11 of their last 14 games.

This move comes just a few days after the organization announced that it re-signed head coach Dylan Falco through next season as well. In Schalke’s announcement video, Gilius claimed that the organization’s proactive moves to keep coach Falco and mid laner Abbedagge inspired him to re-sign with the franchise. With these two moves in mind, it’s becoming clear that Schalke is making attempts to keep the strongest portions of its roster intact heading into 2021.

Additionally, Gilius boldly claimed that “in 2021, we’re going to Shanghai.” He said the team has “very clear goals in mind,” such as reaching the World Championship and “potentially winning LEC splits.”

Moving forward, however, Schalke represents an interesting case when it comes to free agency. Nearly every remaining player on the roster outside of the already-signed Gilius and Abbedagge, as well as substitute jungler Lurox, is set to have their contracts expire when free agency kicks off on Nov. 16. If the team is looking to keep its core together, it’ll have to act before the player market opens up in just over two weeks.

Throughout the 2020 season, the Schalke starting lineup was plagued by inconsistency. But in 2021, the roster will look to bloom under an experienced coach entering his third year with the organization. With a more stable starting five on the horizon, the team could be a genuine contender in the near future. Recently, the team resigned head coach Dylan Falco for 2021 as well.

“2021 for Schalke is an ambitious project,” Flaco said in a statement in conjunction with the announcement of his re-signing. “We’ve come so close to qualifying to Worlds twice that we’ve learned so much as staff and as an organization to put together a good practice environment and team culture.”

Falco initially signed on with Schalke prior to the 2019 season. And for the better part of the last two years, he’s kept the organization in contention with many of the other teams in the LEC. Moving into next season, though, Falco made it a point that he wants the team “to compete for the top spots in the league.”