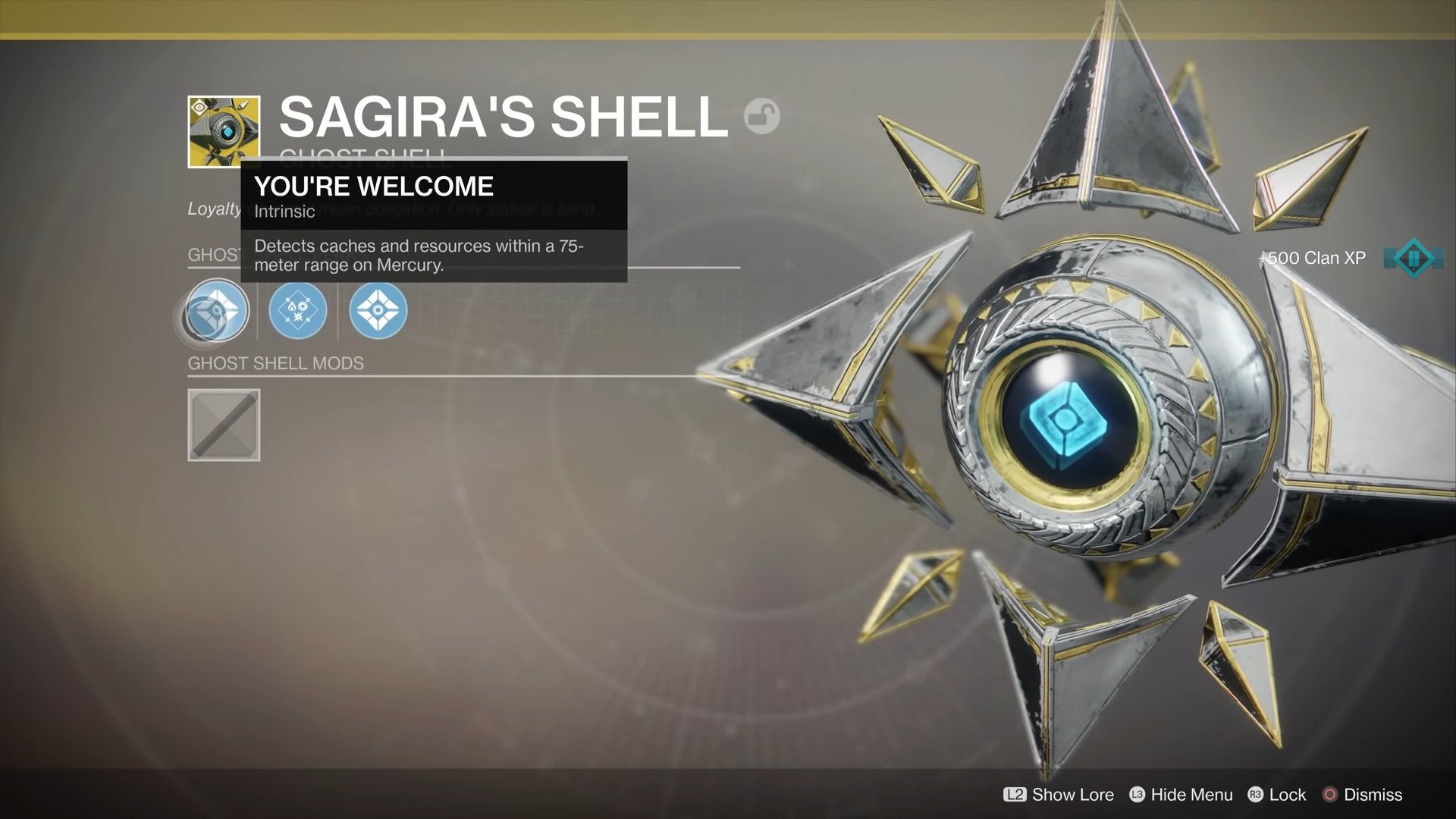 The Beyond Light expansion is coming to Destiny 2 on September 22nd, just two days from the writing of this article. Beyond Light will bring many elements into focus that players have long been wanting clarity on since Destiny’s release back in 2014. The pyramids, the exo Stranger, and the fallen will all be making a return in Beyond Light, as well as the introduction of new darkness-infused classes.

Alongside the expansion will also come changes to weapons, armor, and cosmetics. Armor, for example, will be receiving a transmogrification system to allow for much greater customization options.

Now, it seems that Ghosts will be receiving some much-wanted changes as well. In Destiny, Ghosts can be customized by changing their Ghost Shells. Different Ghost Shells exist throughout the tiered loot categories, and up to this point have perks that are largely predetermined.

The new system aims to change all of that by adding in Mod Slots and Energy Levels, similar to how weapons and armor function in the game already. There will be four slots for mods on Ghost Shells: Experience, Tracking, Economic, and Activity.

The Experience, Tracking, and Economic mod slots will be available from the beginning, with Activity mod slots being unlockable after master-working the Ghost Shell. These mod slots will come with mods that are meant to represent the previous perks that Ghost came pre-loaded with.

Different players will likely want to customize their ghosts to fit activities they play most often, or may even want a variety of ghosts for each activity. For example, a Crucible-focused player who wants to grind out materials and earn XP towards their Seasonal rewards track might choose Guiding Light, Meager Glimmer Booster, and Lesser Core Harvest (Crucible).

In some cases, mods that affected specific areas are likely to have been changed to mods that do the same things but are globally effective. Most of the popular exotic-tier combinations will be achievable as well, such as Guiding Light and Treasure Hunter.

Every ghost in the game, barring the Generalist Shell has received this treatment, so players will be able to use every combination, regardless of rarity. There will be a selection of mods available on every ghost by default, with the remaining ones obtainable through different in-game sources. It’s also important to note that mods will not be available for purchase through the Eververse store. Instead, mods will be obtainable only through gameplay reward loops.

Destiny 2 Beyond Light will be available worldwide on September 22nd.

Tasha’s Cauldron of Everything: The Genie Patron Resummoned In Wizards Of The Coast’s Upcoming Book