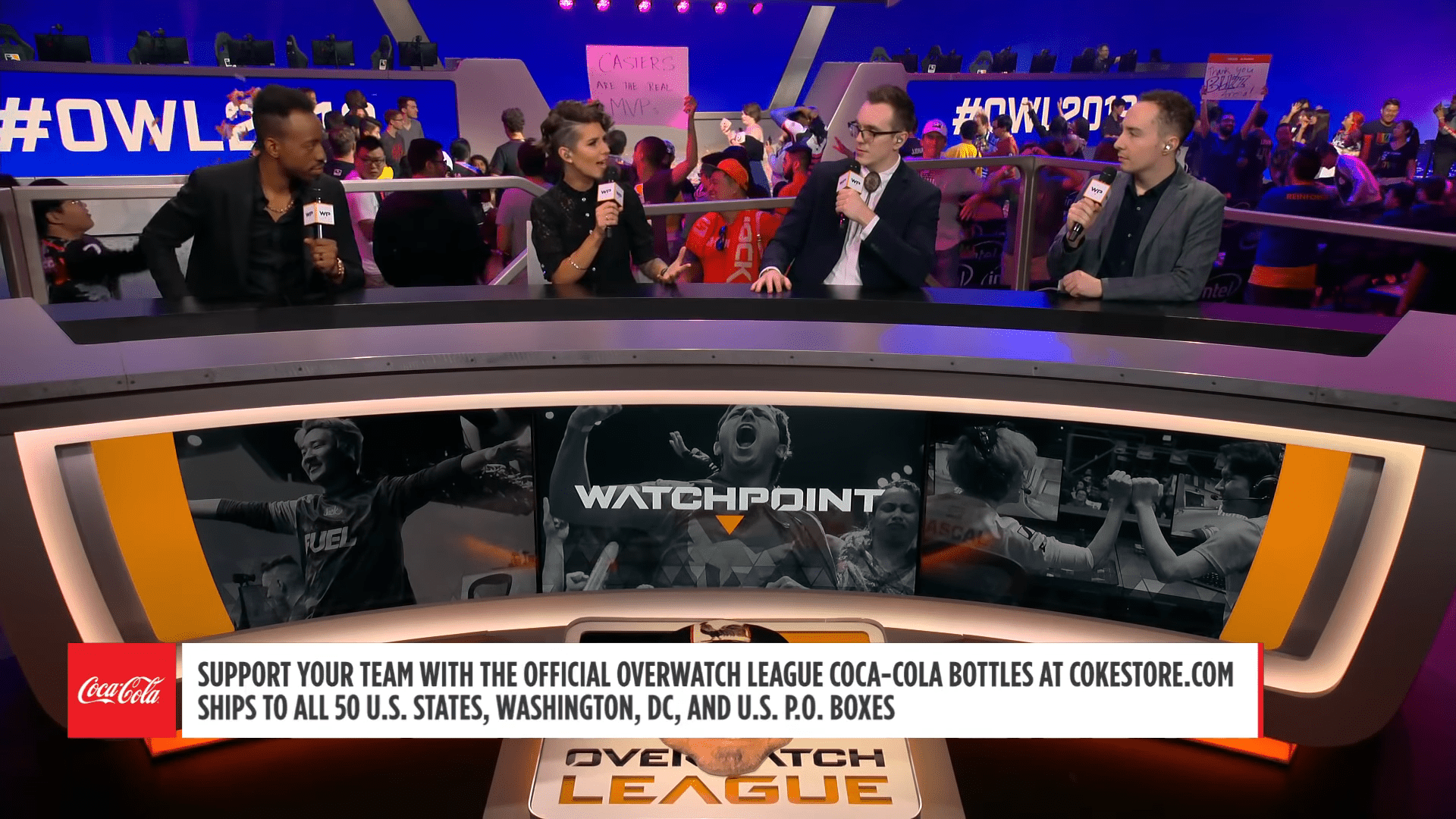 For successful two seasons of the professional league, the Overwatch League is under serious scrutiny. Casters and desk hosts are leaving left and right just two months before its opening ceremonies. On the very last day of 2019, Christopher ‘MonteCristo’ Mykles revealed on his Twitter that he would not be renewing contracts with the Blizzard eSports.

Afterward, his casting partner for a long time, DoA, followed his steps along with desk broadcaster, Chris Puckett. Just today, Malik Forte also announced that he, too, will not be returning for Overwatch League’s homestand season. Following the hugely controversial 2019 that the California-based video game company faced, it seems that more challenges welcomed them for 2020.

As much as I love casting, I think I have learned that I prefer desks, too. You aren’t a slave to the game and can cherry-pick the most interesting parts to focus on. It’s also better if you want to build up your persona since it is on camera and you can be more loose.

Recently on Twitter, MonteCristo replied to a tweet Duncan ‘Thorin’ Shields put out. The 19-year CS:GO-veteran analyst said that he prefers his role as a desk analyst over a blow-by-blow caster. “Had some v. legit offers to become a commentary duo over the last couple of years, but I don’t think it’s for me,” he says.

Mykles then wasted no time in replying to his friend’s tweet and shows empathy for the desk analyst. “As much as I love casting, I think I have learned that I prefer desks, too. You aren’t a slave to the game and can cherry-pick the most interesting parts to focus on,” he explains. The former League of Legends caster also expands that the said role is more persona-driven and that “you can be more loose.”

Though it is not his tournament to decide, Thorin can firmly put up kind words for the other as he replies to go to CS:GO. The 33-year old former Overwatch League talent then replies he is down to for it.

With the recent news indicating a massive 2020 season for BLAST’s Counter-Strike, the production team requires analysts like Monte. As the said Twitter conversation goes on, the said FPS competition’s account replied to the two personalities with an emoji with a monocle.

We have desks at our tournaments.

“I can host desks, just saying,” Mykles replied to BLAST. Perhaps as massive and known as Monte, that’s more than enough for a resume and an application as the premier CS circuit responded that they have desks at their tournaments.

When asked to further their conversation on Twitter, Monte mentioned that he watched more CS than any other game besides Overwatch, of course. He adds that he would not say no if offered the desk hosting job for CS. “I’d certainly be welcome to exploring opportunities to start dabbling in CSGO, especially as a desk host,” he explains as he admits he’ll need more time to catch up with how the game and the pros play.

The BLAST Premier freshly announced a $4 million prize pool tournament expected to launch the Spring of this year. Fan-favorite teams such as FaZe Clan, MiBR, Astralis, and Team Liquid confirmed to participate in the said tournament.

In Overwatch League news, former pro players Jake and Custa were announced to join the casting panel. The worldwide tournament will premier on February 8th.

Aug 13, 2020 Chris Miller 3280
The partnership between Saudi Arabia's newest outlandish project of the 'utopic city' of Neom and BLAST/RFRSH Entertainment has come to an end...

Jul 31, 2020 Chris Miller 7480
Hundreds of thousands of people cheered when League of Legends European Championship reneged on their deal with Saudi Arabia fourteen hours after...

Jun 7, 2020 Chris Miller 3850
After the absolutely fantastic match of Vitality against NiP in BLAST Premier, the fans and casters were more than primed for yet another colossal...