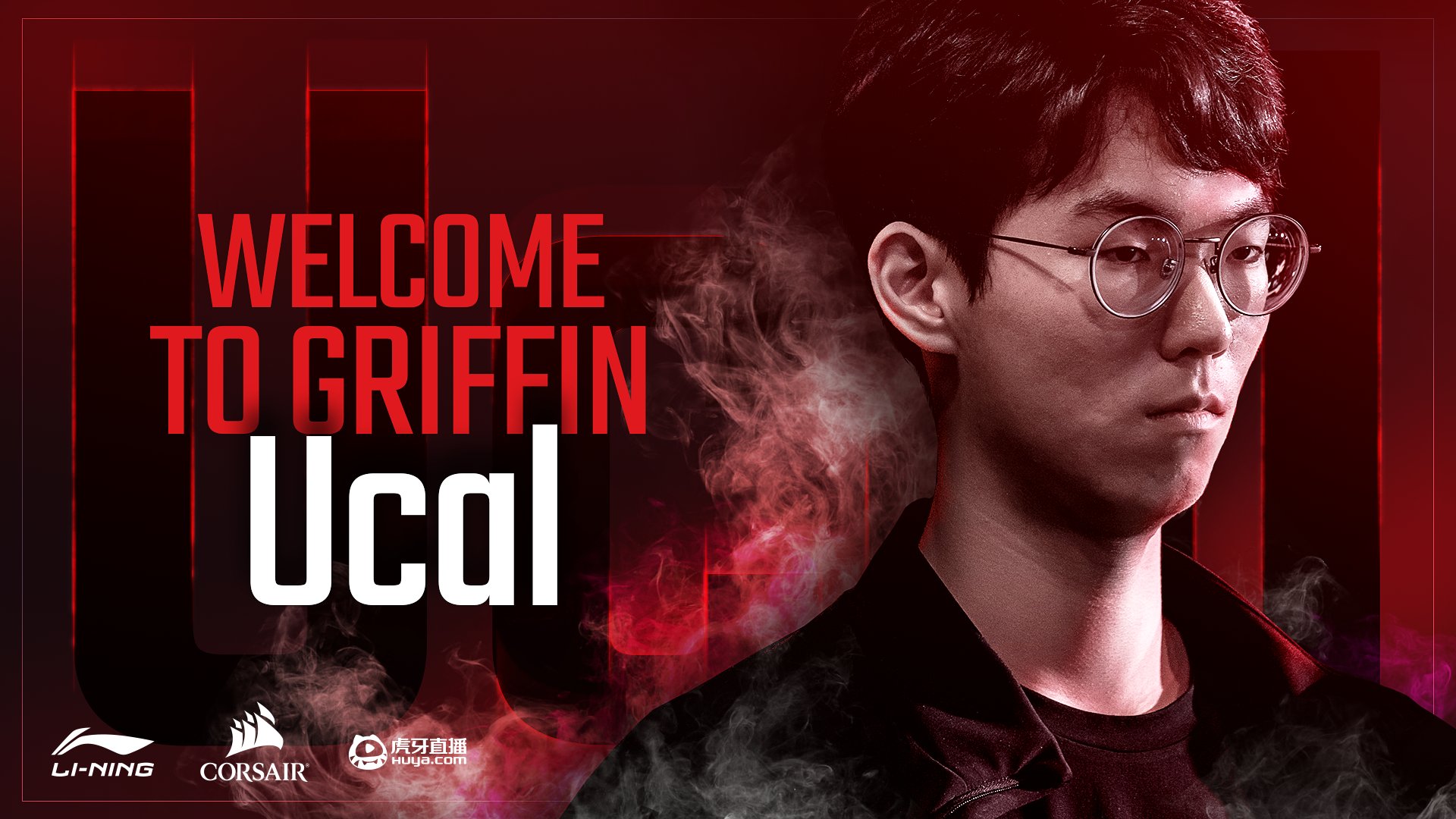 With the offseason coming to an end, Ucal’s fate was unclear to many.

After a high season on Afreeca Freecs, where the team massively improved during Summer, he has it alongside his team members and was expected to sign the second day after his announcement due to his impressive play.

With the offseason coming slowly to an end and most LCK teams signing mid laners, no news about Ucal was circulating in the scene. Some speculated that he asked for too high of a price, while others thought that he might move to China’s LPL.

All the speculations ended today after Griffin announced the signing of Ucal, to be a substitute for Naehyun, and Rather.

Ucal has been competing in the League of Legends Champions Korea (LCK) since May 2017. At the time, being only 16 years old, he became the substitute mid laner for the KT Rolster organization. While he didn’t get his first opportunity to play until January of 2018, he got the chance to train with the best on this prestigious esports team. In his first season competing in the LCK 2018 Spring, he managed to lead his team to 3rd place in both the regular season and the LCK 2018 Spring Playoffs.

This, however, was only the beginning of Ucal’s success in 2018, as he followed his debut season up by winning the LCK 2018 Summer Split and LCK 2018 Summer Playoffs later in the year. However, there was a disappointing performance at the 2018 League of Legends World Championship, as the team lost out in the quarter-finals. Then it was time for Ucal to move on to a new opportunity.

This path led him to a disappointing year with the Afreeca Freecs, ending 9th in spring and 5th in the summer season of the 2019 LCK. Now, however, Ucal is getting a shot at redemption with the new roster of Griffin.

While the current roster of Griffin looks much weaker compared to the previous iteration of 2019, the core of Sword, Tarzan, and Viper can prove to be robust if they show great display of skill as last season, where they almost went undefeated in LCK.

Even if Ucal was considered one of the best mid laners of Korea in the last season, it is unlikely that he will have a starting spot over Naehyun on the team due to Naehyun’s excellent performance on KZ Dragon X previous season. With less than three weeks until the beginning of LCK, he will have the opportunity to prove that he is worthy of a starting spot.

May 17, 2020 Giorgio Delgado 3550
Griffin is “discussing contract termination and other options” for its players following the team’s relegation from the LCK, the...

Jan 14, 2020 Giorgio Delgado 4890
With the offseason coming to an end, Ucal's fate was unclear to many. After a high season on Afreeca Freecs, where the team massively improved...