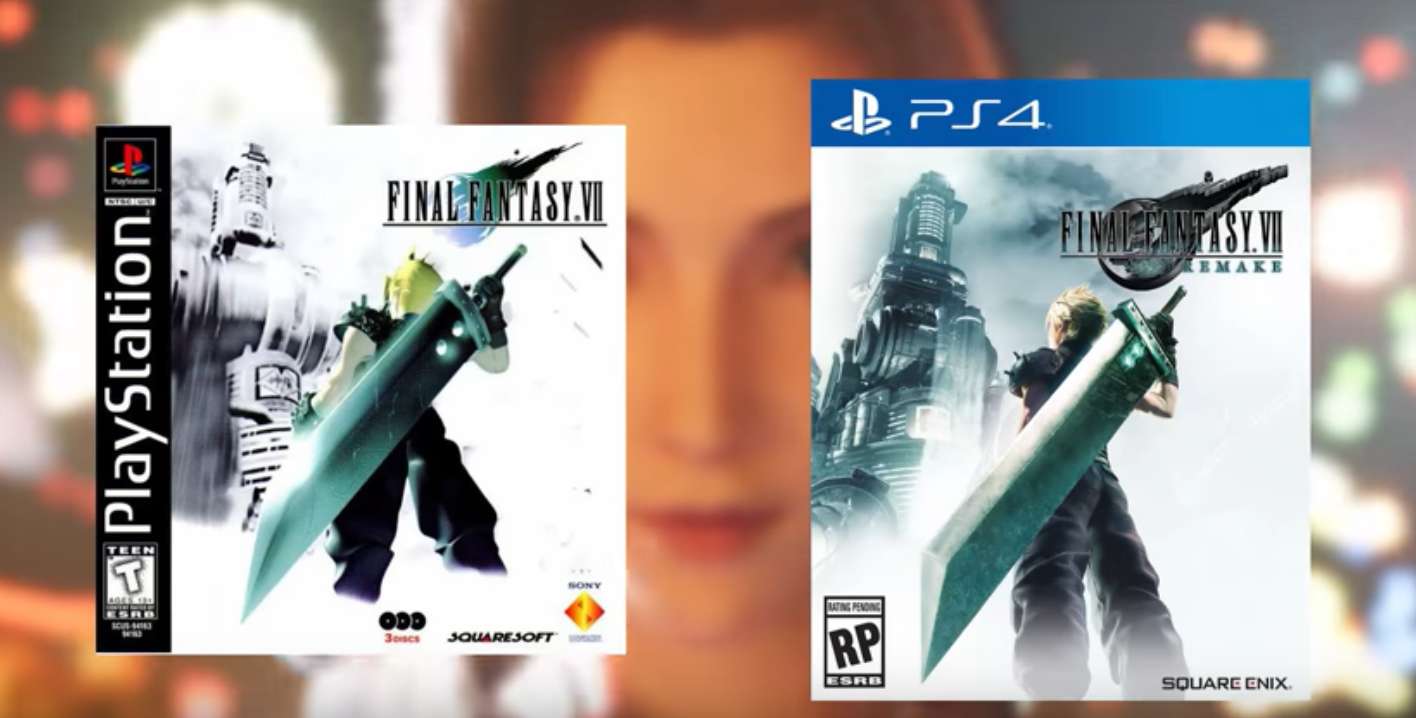 Final Fantasy VII Remake is one of the most anticipated titles of 2020. Fans have been clamoring for any information they can get their hands on since the game was first announced at E3 back in 2015.

Since the release of the original Final Fantasy VII in 1997, fans the world over have been wanting to dive back into the world of Gaia and retake control of Cloud and his merry band of freedom fighters, known collectively as AVALANCHE.

As you can see above and below, this art is strikingly similar to the original. It features Cloud, standing alone with his iconic Buster Sword clamped onto his back staring up at the ominous ShinRa headquarters, in the very heart of the megacity of Midgar. The new box art has a lot more detail than the simplistic case from the late 90s. There is more texture and reality in the 2020 artwork, as should be expected. Everything from the steel of Cloud’s sword to his clothing and hair feels more real.

The ShinRa building itself also looks more ominous, with black and green coloring adding more than the simple black and white design from the original game.

The other obvious difference between the two comes from the shining green Materia slots placed in Cloud’s Buster Sword for the 2020 version. Materia slots were often mentioned in the original game, but never actually shown. Recent trailers have revealed that Materia slots will be visible throughout the game on every playable character.

What’s interesting to note is that Final Fantasy VII Remake will not be a one and done game. Instead, the entire remake will span several chapters, and each will be a full game in its own right. That means future installments will have different box art.

It’s fitting that this first foray back into the world of Final Fantasy VII features this iconic artwork. The game’s creative team has repeatedly said that the entirety of the first game will take place in Midgar and feature the struggle between AVALANCHE and ShinRa.

There is no more iconic image to showcase the feud between the two organizations than the shot of Cloud silently staring down the company’s looming headquarters.

Final Fantasy VII will be released on March 3, 2020, for the PlayStation 4.