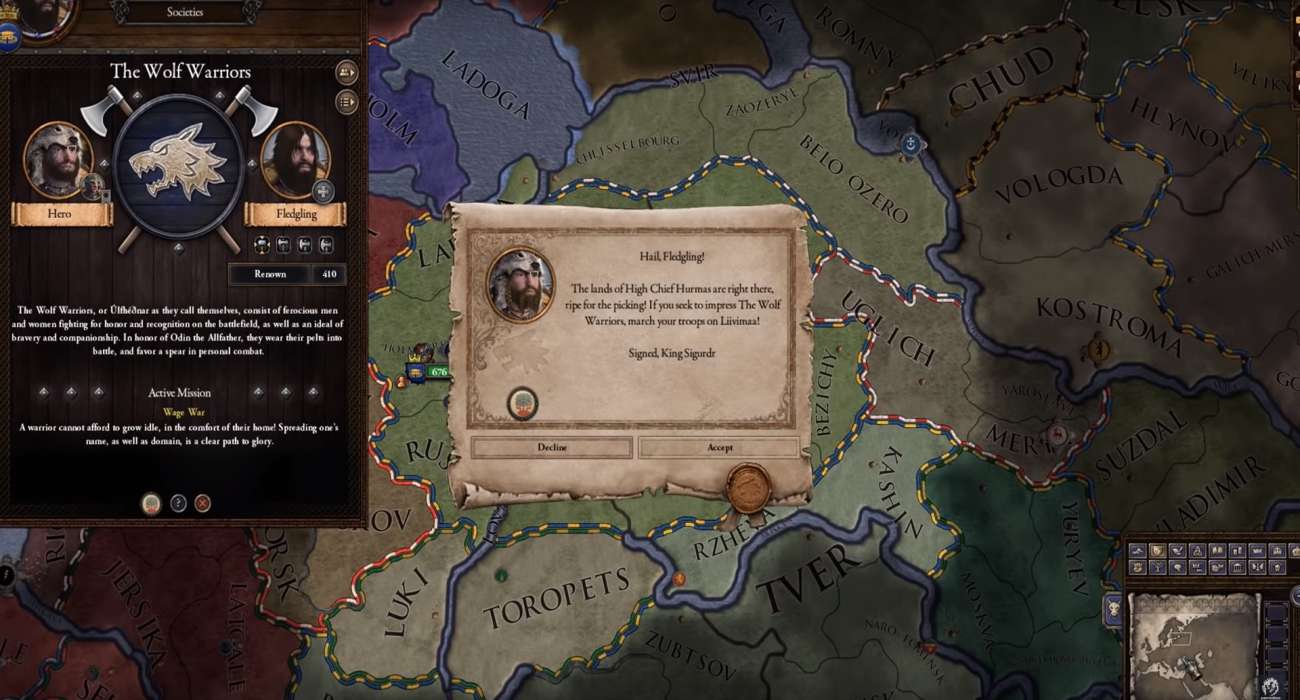 There are a lot of free games being offered on different platforms for PC users. That’s one thing you can come to expect with this type of gaming system, especially from the Steam store. Right now, the platform is offering Crusader Kings 2 for free. These free offerings don’t last forever, so if you’ve been looking to scratch that strategy game itch, this may be the perfect opportunity for you.

Crusader Kings 2 originally came out back in 2012 and was developed by Paradox Development Studio. It was a pretty successful release at the time and is still a great game today, featuring a lot of positive reviews from PC gamers.

The setting is particularly unique: Medieval Europe during the end of The Dark Ages. As they come to a close, a new crusade is about to kick off. You’ll work your way up through the ranks with the eventual goal of becoming the crusader king. Along the way, you’ll run into a bevvy of characters — each with their own agenda.

Thus, you have to be careful with which people you befriend in this game. Do something wrong and they could stab you right in the back, quite literally. You have the ability to start a game between 1066 and 1337 and then play all the way up until 1453. That’s quite a lot of content to look forward to. You’ll see so many empires reign and then topple before your own eyes.

In the beginning, you’ll get to choose your own Christian lord and see them create a dynasty over the span of several ages. It’s quite amazing to see your rise to power. The span helps immerse you in these time periods and makes you want to keep exploring more of them the further you rule.

As far as rules to abide by throughout your reign, there pretty much aren’t any. You can climb the ranks however you see fit, even if that means betraying some of your closest friends along the way. It’s as they say: All is fair in love and war.

If you’re looking for a deep game to get immersed in and conduct careful strategies to see your empire rise in rapid fashion, Crusader Kings 2 seems like the perfect pickup. It’s also hard to complain with a free game. Steam really has done a decent job at offering these sort of titles more frequently for zero charge. It certainly pays to be a PC gamer sometimes.