It’s always nice when games come out that don’t take themselves too seriously. Rather than putting an emphasis on story or action, these games are all about having fun. That describes Fall Guys perfectly.

This battle royale game developed by Mediatonic doesn’t have a lot of complex controls or over-the-top graphics that you’re mesmerized by. Rather, it’s a party game full of addicting gameplay and mayhem.

It’s fun nature has certainly caught on with the Steam community, which is clearly evident with some recent sales figures that put this game ahead of titans like PUBG and GTA 5. That’s a pretty impressive feat for a game that didn’t receive a ton of spotlight leading up to its release.

The game has been so popular — in fact — that it has caused a lot of server issues. It’s clear: gamers want to get their hands on this battle royale chaos for a chance to come out number one.

If you don’t already know Fall Guy’s concept, it features round after round of challenges with 60 players until only one remains. Will you come out victorious? Probably not, but trying to be the victor is filled with so much fun and hilarious action.

The developer has done a brilliant job at keeping the rounds varied, too. One of them could be a race where players have to move around random obstacles. A couple of rounds later and everyone could be playing soccer.

Fall Guys has a vibe similar to the television series Wipeout, where contestants battle through courses in hopes of reaching the finish line. Do these contestants look good while doing so? Not really. But they have fun throughout the process. That’s Fall Guys in a nutshell.

The developer also created an amazing physics system. Sometimes it doesn’t make sense, but that’s where the fun humor comes into play. If you haven’t had a chance to experience its zany action, now’s the perfect time. The servers are constantly being worked on to give players optimal experiences on a consistent basis.

Whether you’re leading the pack or just trying to muster up enough energy to cross the finish line, this game is filled to the brim in fun experiences. 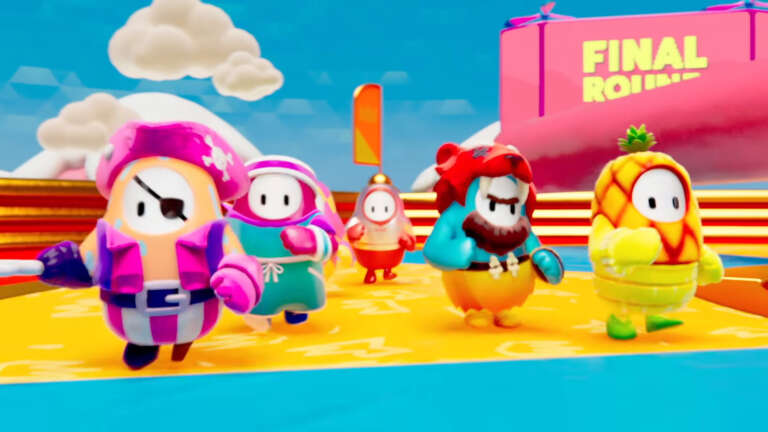