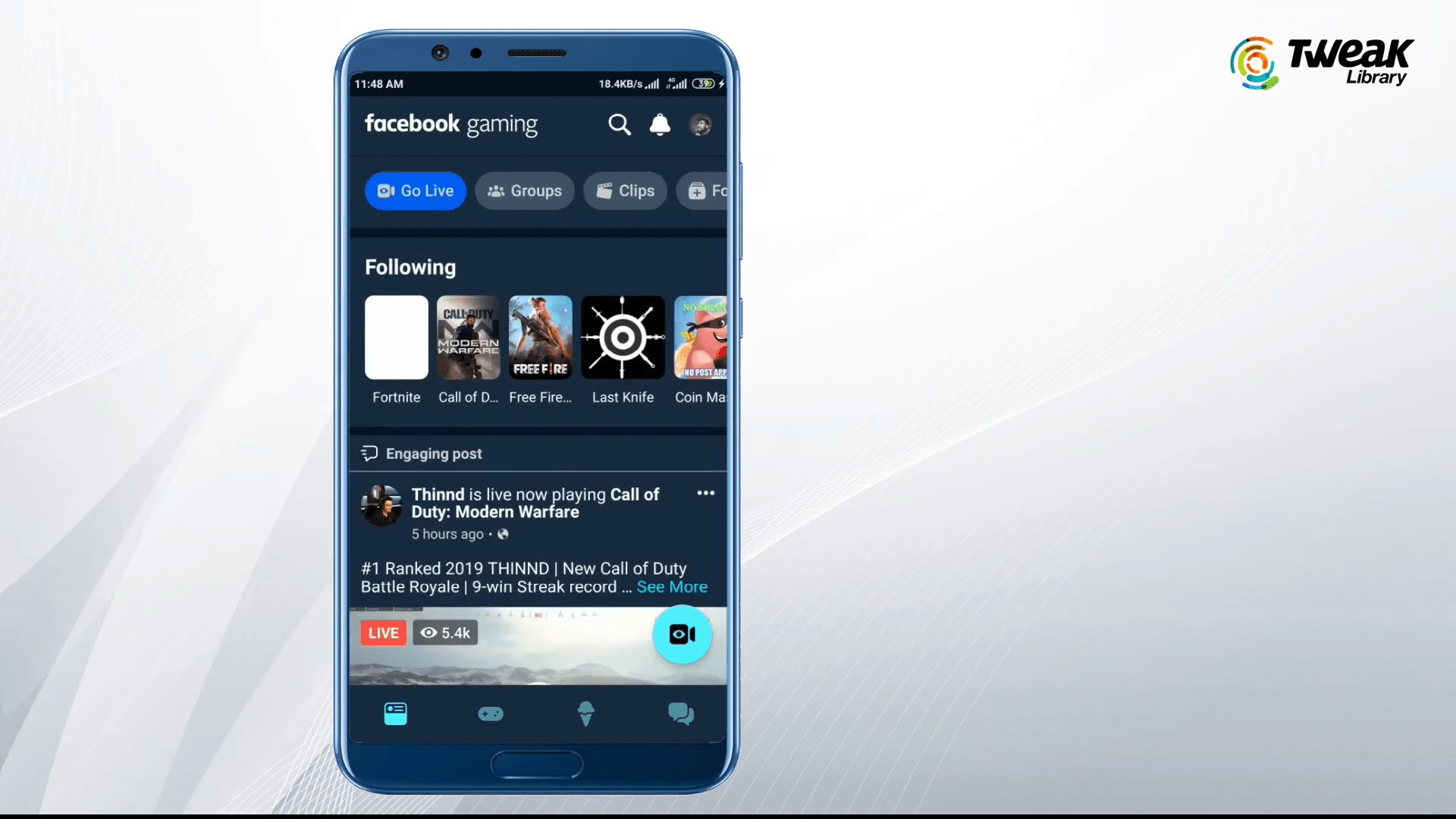 When thinking about the tycoons of the game streaming industry, names like Twitch and Youtube come to mind. But what about Facebook? According to Streamlabs, Facebook is number 3 in line for total hours watched behind the other two streaming tycoons.

Facebook already apparently had more than 700 million of its 2.5 billion users involved with gaming in some form or another, so it only makes sense to focus on increasing that number. The company apparently had plans to release its dedicated gaming app in June, but accelerated plans in order to get the app on the Google Play store by April 20th.

Due to the global shutdown caused by the virus, the gaming industry, in general, has seen an uptick. Facebook decided to capitalize on this, which definitely makes sense from a business standpoint.

The official Facebook Gaming twitter page had this to say about the new app, “The Facebook Gaming app is a focused, gaming-only experience where you can watch your favorite streamers, play instant games and take part in gaming groups. It’s all of Facebook Gaming in one neat, app-sized package.”

The app is currently available on the Google Play store as a stand-alone app from the main Facebook application. It is a free download and includes both casual mobiles games to play, and access to gaming communities. There is also a built-in Go Live feature embedded into the application, making streaming easy and user-friendly. The company also plans to launch the service for iPhones sometime in the near future.

What does this mean for Twitch and Youtube as competitors? To be honest, probably not a lot. Dedicated users of the other two platforms are unlikely to make the switch to Facebook, especially given its reputation as being a platform for a slightly older audience.

However, for those casual and mobile gamers, Facebook Gaming is likely to be perfect. The mobile nature of the application offers a very convenient way to get involved in a larger community, without investing in any pricey dedicated gaming technology.

It is worth noting that Facebook has been making great efforts to grow its gaming audience for some time now. The company has signed exclusivity contracts with various streamers which will bring their large viewerbase with them over to the platform. It also has introduced a monetization feature and a tournament system.

Some other interesting notes are that the new application will not include advertisements. The monetization and brand partnership is going to be exclusively available to those with partnerships with the company. This will certainly be nice for viewers but might make things difficult for up and coming content creators to get started.

Oct 30, 2020 Chris Miller 5780
Here's a piece that can readily be pointed to in the future as corporations try to fight consumers on the right to repair their devices, locking down...