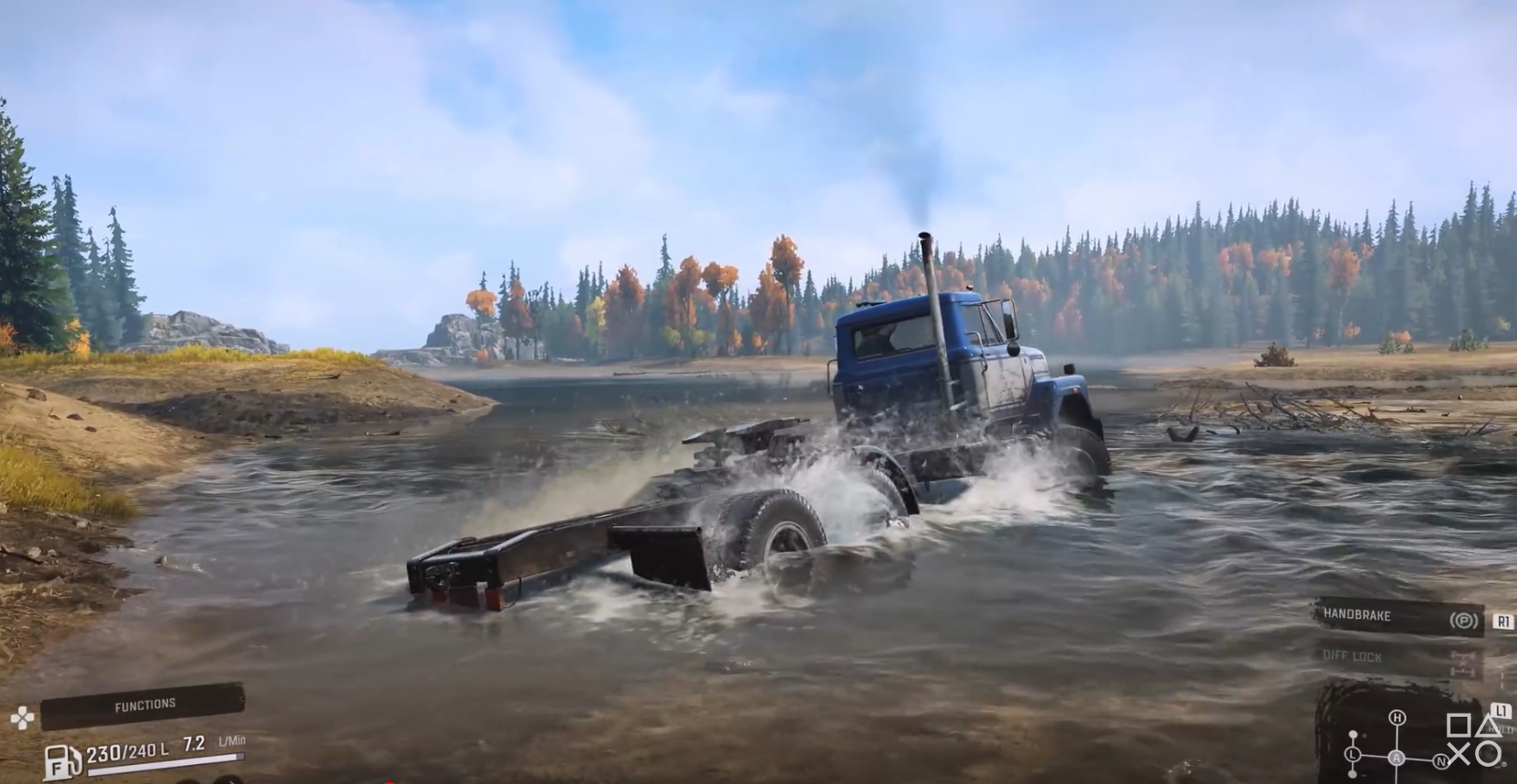 If you’ve ever wondered what it’s like to be an ice-road trucker — putting your life on the line to deliver important goods to various locations around the world — then SnowRunner is the game for you. It’s one of the most realistic truck simulators to date, featuring snow-filled streets, icy obstacles, and non-stop trucking action.

The action all kicks off next week (April 28) on PS4, Xbox One, and PC. Ahead of its release, though, interested onlookers have been treated to a lot of great details and trailer reveals. It was recently revealed that SnowRunner is receiving mod support at launch.

In fact, the developer Saber Interactive is teaming up with the modding community to ensure their user-created content goes smoothly. The developer plans on selecting a handful of modders out of the gate to help create some unique mods that are going on the Mod.io platform.

That’s always been a shining aspect of MudRunner. The community has had plenty to play around with as far as custom vehicles and missions. That will be the same in SnowRunner and that’s definitely worth celebrating.

Once those have their fill with the base game or just want some diversity in gameplay, they can head to Mod.io and see what new content there is. The mods will be updated on a regular basis and definitely pose some challenges for ice-road truckers looking for added difficulty and novelty.

There are already reports that Elon Musk’s Tesla Cybertruck is being modding into the game at launch. Its reveal definitely got the car/tech community buzzing and having the ability to haul loads with it in SnowRunner definitely sounds like a recipe for success. Who knows what other sort of custom vehicles will be added to the mix? It seems like the sky is the limit.

It’s also great seeing Saber Interactive really get behind modding efforts. That’s not something a lot of developers do. In fact, they try to strike out against them for whatever reason. Saber Interactive knows they have a loyal following and want to do everything they can to keep SnowRunner novel in different departments.

Just thinking about the custom missions you can complete and materials you can haul is so exciting. SnowRunner isn’t even out yet, but it’s already shaping up to be one of the most anticipated and fun simulators to date. Now the developer just has to make sure the launch goes smoothly despite having to work from home.