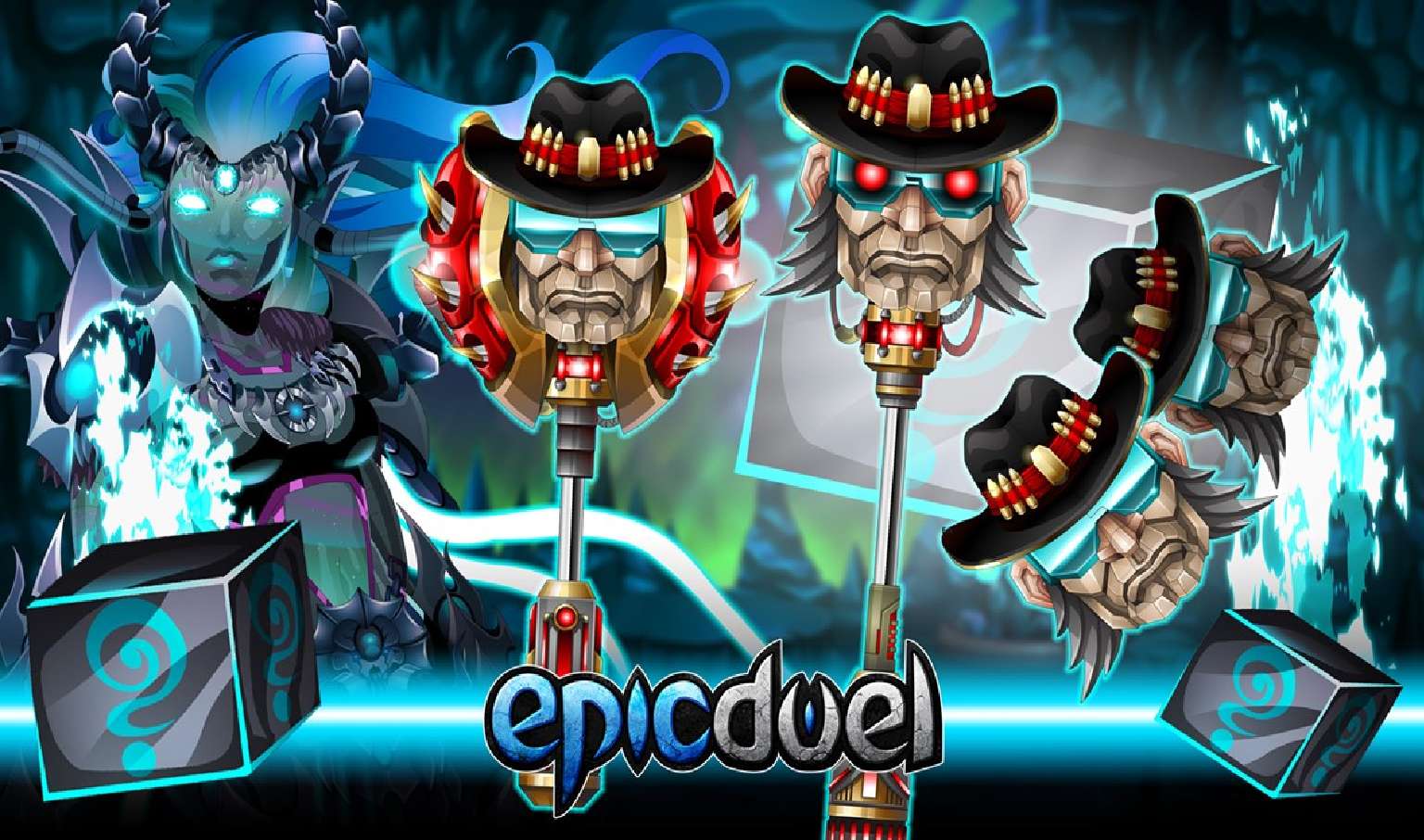 The EpicDuel team has begun the process of rewarding the players who got the Silver Secret Packages during the Christmas Event. This was a manual process, so it could take up to a few hours to convert all the packages.

Now, unlike previous years, the prizes will be unsellable and all excess prizes will automatically be converted into credits. So if a player has more than one Silver Secret Package, one will turn into the prizes while the others turn into 100,000 credits for each excess package. The Secret Packages are still on schedule to open on Friday, January 31, 2020.

The EpicDuel team has also added some balance changes. First off, the Blood Mage gets a change where Fire rain improves with every .45 instead of .35. The Tactical Reload (Aux) cost 100 instead of 40, and they’ve eliminated warmups on Dark Omen, Curse, and Salvage.

The biggest of these changes will be noticed by Cyber Hunter in the form of a new skill, Neurotoxin.  Because energy manipulation was so strong with Cyber Hunters with the combination of Memory Leak and EMP, Neurotoxin replaces EMP Grenade. Neurotoxin is a Support debuff.

The war cycle has resumed at the Infernal Mines region. The team mentions that it’s the same war system as before, but improvements to the wars are definitely on the list of highly requested features this year. The team would rather keep running the current system than have nothing until a new version could be developed. Additionally, it’s another opportunity for newer players to level their War Region achievements.

And as always, players are able to gift prizes to other players, and as always, are rewarded for doing so.  At this time, all top gifters have responded with many of them underway or nearly finished. Nightwraith, the head of the EpicDuel team says “These are still a major priority and I’m working all available hours to fulfill these requests. I expect to have a large batch of them ready and in the hands of eager winners next week, barring any unexpected problems.”

EpicDuel is ready for a new season content. Players of this game won’t want to miss out on what’s to come.