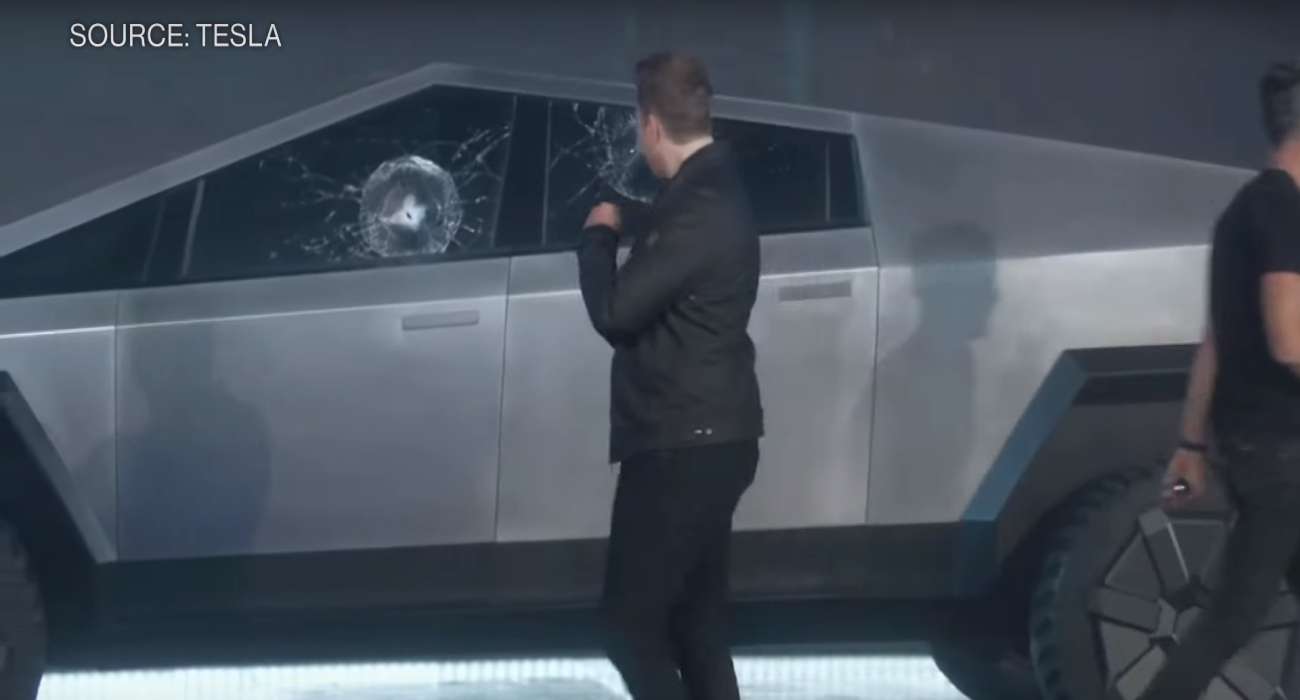 Elon Musk is one of those rare birds that comes around once a generation. He’s utilized technology to progress many aspects of society, from his ideas of building an underground tunnel system in Los Angeles to his Tesla smart vehicles. He’s always working on something novel for the greater good of society.

Well, he’s up to his innovative ways again with another futuristic vehicle. It’s being called Cybertruck. According to Elon Musk’s description, it’s a blend of some of the more infamous elements that have appeared in the car industry over the years. It looks like it just got off the set of Back to the Future.

It’s hard not to notice the blocky, polygon-like body. So how does Cybertruck relate to video games? Well, Musk recently responded to a tweet from the official account of Cyberpunk 2077. He simply said, ‘See you in 2077’. CD Projekt Red hasn’t confirmed the addition of this truck or Elon in their highly anticipated RPG, but it would make sense.

The game already is featuring one of the most iconic action stars in cinematic history, Keanu Reeves. He’s playing Johnny Silverhand and will be sort of a mentor figure for your character V. It thus wouldn’t come as a surprise to see Musk have a cameo somewhere. He’s already shown up in a lot of movies over the years, so a Cyberpunk 2077 appearance would be par for the course.

And what better of a celebrity to have in a game that depicts futuristic settings and modern automobiles? His addition would fit right in with the themes and subject matter in this game. It would also be pretty amazing to drive around in his freshly revealed Cybertruck. It definitely stands out in the visual department, and who knows what sort of amenities it would have inside.

The truck almost looks like a futuristic tank in some regards. That could play well when your character is taking heavy fire from enemies. Anything seems possible at this point.

It would be a welcomed sunrise seeing Elon showing up in Cyberpunk 2077 in some fashion. Even if it’s just to say a few lines, his role would be just another reason to check out everything CD Projekt Red has worked tirelessly on these past few years. It’s shaping up to be one of those games that re-defines the gaming industry as a whole. Only a couple of more months before fans finally get to experience this title for themselves.