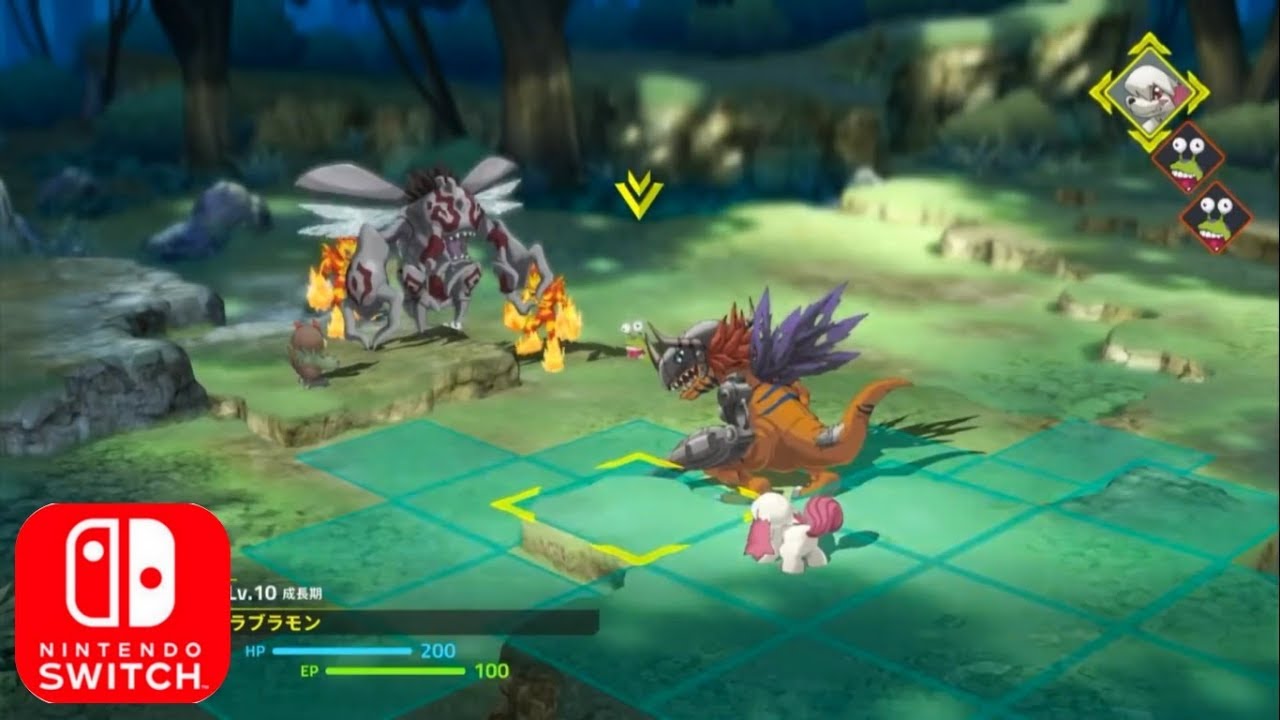 Bandai Namco recently released some new screenshots for their upcoming title Digimon Survive on the Japanese site PlayGame. These were then shared on Twitter and passed around by the Digimon community. Screenshots always have a way to spark the imagination of fans and let them build excitement over the possibilities of an anticipated title.

Digimon has had a long run with varying storylines from light-hearted comedy to some fairly serious stuff. Many fans remember the Digimon Movie, where the corrupted Digimon was telling the cast to “Go Back,” all the while standing in a very creepy fog. Digimon Survive is said to have a darker storyline and will be for a more mature audience then some of their other games.

Some new Digimon were shown off, including Agumon, Fangmon, Metal Greymon, and Betamon. Some humans were shown in the screenshots, but it is currently unclear whether they are the DigiDestined or just some less important characters that you can interact with.

In a recent Bandai Namco developer diary, the team that has been working on Digimon Survive gave new details to the game to compliment the screenshots. They discussed the future of the franchise along with the past and present Digimon titles. They also went into how previous installments will be affecting the upcoming 2020 release.

Producers Habu Kzaumasa and Tsuzuki Katsuaki are hoping to appeal to both the hardcore and casual gaming audiences with this release. They want some level of serious tactical decision making while still making it fun and light-hearted for the more casual gamers.

The team has mashed up elements of old school tactical RPGs and adventure games in hope of finding this balance. The developers believe that this combination of gameplay styles will attract several types of gamers and reignite the love fo the franchise in Digimon fans young and old.

This game has two unique parts. There is a text adventure that has been called the “drama part” of the game. This part will give players a number of options and choices that will directly impact the story. Like any good choose your own adventure style game this increases replayability and makes the game last longer. Then there is the “battle part,” which follows a standard tactical RPG formula. The difference is that the “drama part” will add varying conditions to the “battle part” and change depending on how you react to the text prompts.

Digimon Survive is planned to be released on the Nintendo Switch, PC, PlayStation 4, and Xbox One sometime in 2020. Like previous installments, there is sure to be surprises and new Digimon appearing throughout the title. It is a hard life for the DigiDestined, but the safety of the Digital World relies on you and your friends.