Diablo 4 – A Look At The Three Announced Classes: Sorceress, Barbarian, And Druid

Diablo 4 was officially announced at Blizzcon 2019.

Many expected the game reveal was going to take please as the internet was riddled with leaks. However, it was still captivating when Blizzard dropped the nine-plus minute cinematic to officially announce the next hell-infused adventure in the franchise.

Here is the official gameplay trailer that was revealed at Blizzcon 2019:

Everything we know about the three classes:

Note: The skills list of each class has been compiled by Polygon.com when they were playing Diablo 4 at Blizzcon 2019. The skills may change as development continues for Diablo 4.

Diablo 1 included a Sorcerer, and then the Sorceress was introduced in Diablo 2, and then swapped out in Diablo 3 for a Wizard. The Sorceress is back in Diablo 4, harnessing the elements into whatever form will reign havoc down upon her enemies.

Her magic includes fire to cast meteors, ice molded into piercing blades, and bolts of lightning to down her foes. Her attacks are range attacks, covering her allies from a distance.

The Sorceress has a robust casting list, each spell category for a certain scenario. Players will master the elements of fire, water, and lightning to wipe out the scourge.

He is the ultimate trope when it comes to battling hellish enemies. The Barbarian will get right in their range, slamming and slicing his way to victory.

Ultimate:
Call of the Ancients
Wrath of the Berserker
Iron Maelstrom

The Barbarian is geared to take on all comers, rushing into battle weapon first. Players will master the brawn and boldness of the Barbarian while crushing their foes.

The Druid was introduced in Diablo 2: Lords of Destruction. This class utilizes the shapeshifting ability, transforming from a man into a beast or werewolf. The Druid manipulates earth, wind, and storm to wreak mayhem upon the undead.

The Druid is an extremely versatile class. Players will enjoy obliterating enemies with spells and claws.

As mentioned earlier, thanks to Polygon for the list of spells, and this spell list is subject to change as Diablo 4 is still in the development process.

Feb 9, 2020 Chris Miller 670
It's the second batch of Overwatch League for the day, coming straight from Dallas Texas.  After a surprisingly quick first two matches being...

Feb 9, 2020 Chris Miller 1030
Another day of the Overwatch League has come and gone, bringing with it all of the bits and bobbles that fans are coming to expect.  The meta being...

Feb 9, 2020 Chris Miller 790
It can get spicy on Twitter, where people can safely berate others from the comfort of whatever device they have on hand.  ESPN conducted an... 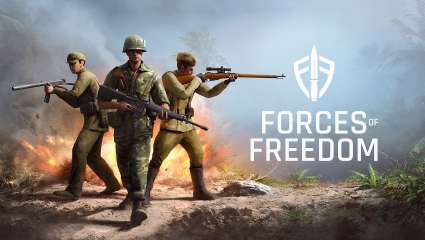