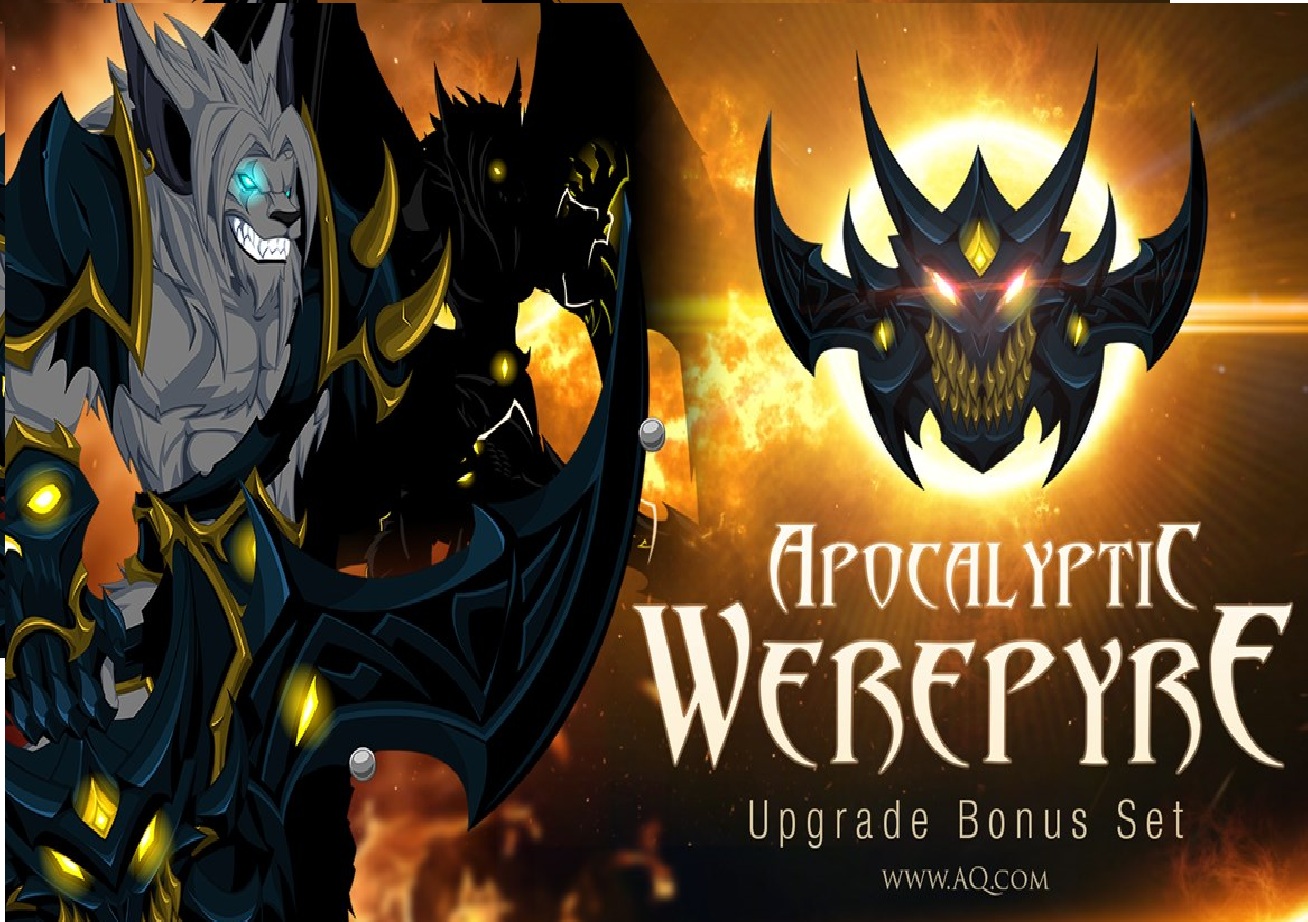 Artix Entertainment is a long-running company famous for its flash games under the AdventureQuest banner. And as of November 1, 2019, they’ve released a new armor set into their first MMORPG AdventureQuest Worlds, the Apocalyptic Werepyre.

According to Arti Entertainment, Werepyres are the ultimate predators, combining the strengths of both vampires and werewolves. The Werepyre sets include 16 items when players purchase either AdventureCoins, a real-money currency, or a membership to AdventureQuest Worlds, which functions as an upgrade for player accounts. After buying the account upgrade, players may select a set of bonuses from their account manager.

The entire pack includes multiple items, giving players the option to choose any of the Apocalyptic Werepyre armor. These armors include the Werepyre’s Shadow armor and Malevolent Werepyre armor. They also have a choice between 6 helms, 2 capes, 3 weapons, 2 sword pets, a Rep/XP/Gold/Class Points boosts added straight to their inventory. Players will also get a character badge on their account.

Once players have chosen the Apocalyptic WerePyre bonus set on the Account Manager page, they log in and find the set’s shop in the Other Achievements tab in their Book of Lore, which is an item that the dev team uses to track story progress, achievements and which armors/weapons they have collected.

If players purchase 12,000 AdventureCoins or the 12 month membership package, they get package rewards, which include all Apocalyptic WerePyre gear, 7 Rep/XP/Gold/Class Points boosts, 10 Wheel of Doom Tickets which are worth 2000 AdventureCoins and a character page badge. The boosts and Doom Tickets will be added directly to player inventory.

If players purchase the 2000 and 5000 AdventureCoins or the 1, 3, or 6 months of membership, their membership packages include all the Apocalyptic WerePyre gear, 5 Rep/XP/Gold/Class Points boosts, and the character page badge.

When players buy any AdventureCoin or membership pack worth $10 USD or more, they’ll be able to choose one of the following bonus sets:

If players buy a 12,000 AC or 12 months of membership pack, in addition to choosing an upgrade bonus set, they’ll also get 7x Game Boosts, a character page badge, plus 10 Wheel of Doom Fortune Tickets.

Artix Entertainment continues to thrive as they release this new content into their first MMORPG, giving players rewards for remaining so loyal.

Diablo 4 - A Look At The Three Announced Classes: Sorceress, Barbarian, And Druid

Blizzard Announced Hearthstone’s Next Expansion: Descent Of Dragons, Together With A New Featured Game Mode