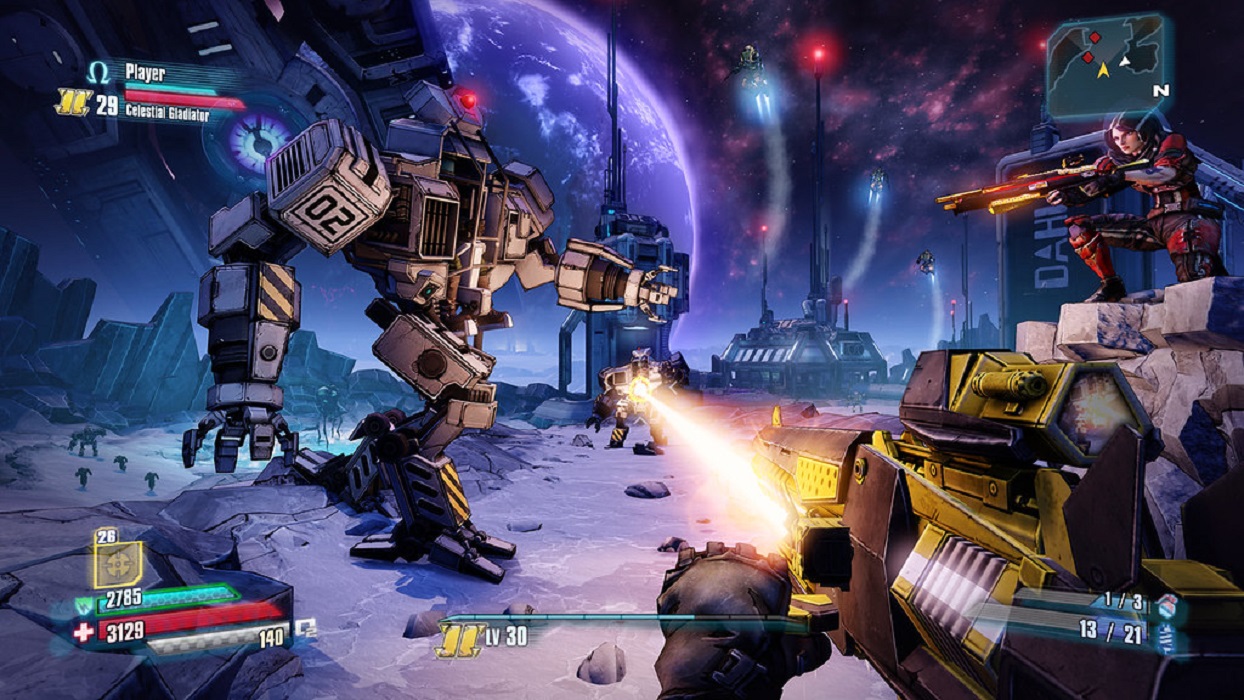 When gamers think of looting and shooting, one game that almost always comes to mind is Borderlands. This series revolutionized the way RPGs were played, featuring funny characters, whimsical level designs, and captivating missions. Since Borderlands 2 first came out, many have been wondering if a trilogy would eventually be released.

It’s been quite some time since the sequel first released in 2012. Many have been praying there would be a follow-up, and apparently, it’s in the works. According to Gearbox, it plans to unveil some new releases and exclusives at the upcoming PAX East event later in the month.

Although they haven’t come out of the gate and directly announced the third installment, all signs are pointing toward it. Gearbox already confirmed it was in the works at the PAX East event back in 2016. If and when they do confirm this news, so many gamers will be ecstatic.

There is so much promise for a third installment. Borderlands is one of those games that’s massive. You could spend months playing the various missions and leveling up your selected character. The mission variety is quite nice. You could be taking down huge bosses, and then collecting interesting artifacts on the subsequent mission.

The third entry couldn’t come out soon enough. One has to assume there will be different character classes to select from. They’ve always been fun to explore, whether you prefer long-distance attacks or rushing at enemies in close combat.

The level designs of this new Borderlands game are also exciting to think about. They probably won’t be realistic, but that’s what gives this series its charm. The beautiful colors in apocalyptic settings are so wonderful to look at. They make you feel like you’re inside your favorite cartoon.

It’s also going to be interesting to see what new weapons they’ll include in the trilogy. Getting legendary weapons is what kept many coming back to this classic series. Hopefully, Gearbox can add some new wrinkles and features to keep things fresh going forward. Most of their team is working on the project as we speak.

PAX East takes place between March 28 and March 31. That’s plenty of time for Gearbox to give gamers something to sink their teeth into. Hopefully, they come with a boatload of surprises and perhaps even a sneak-peak trailer.

We’re just a couple of weeks out, and honestly, the anticipation is at an all-time high for Borderlands faithful. Let the fun begin.