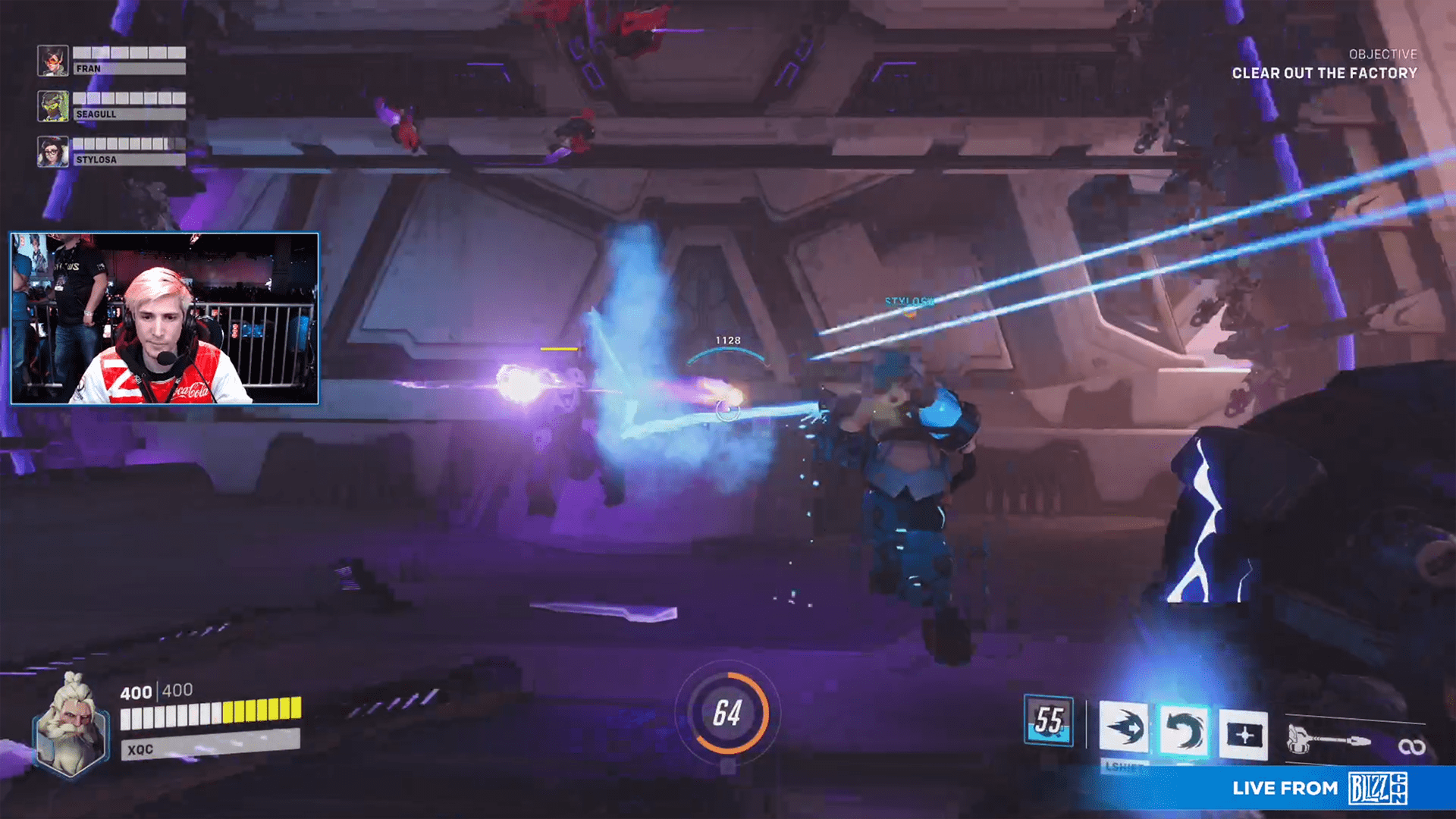 We knew some type of Overwatch-themed announcement was coming, and it was confirmed once prior-professional Overwatch player ‘xQc’ took to Twitter to inform everyone that Team Canada would be playing in the Overwatch World Cup with a weak roster initially, as he had to stream something ‘Overwatch-related’.  Today was the day for the reveal on the first day of Blizzcon, and Overwatch 2 looks impressive thus far.

Where the first Overwatch had it’s main focus (outside of events) on Player versus Player with dynamic team-based compositions, Overwatch 2 looks more at the PvE element that has become popular in past special events.  The entire cast seems ready to fight the evil robotic uprising, with Reinhardt, Lucio, Tracer, and Mei play dominantly shown through the Blizzard sponsored stream.  Brigette, Winston, and the iconic Genji are all seen in cut-scenes across the maps, implying that the full cast of characters will be playable.

Let me clarify before people lose their cool. TOMORROW IS NEW OW CONTENT. From 1-3. I stream from a pod there, but the games start at 1. They knew in advance, @Mangachu_ is the most flexible player with good gamesense he's gonna roll. This is for the best please trust <3 https://t.co/sVkiGyqrsD

The cast takes on the devious null-sec, with them traveling across a reimagined Rio De Janeiro to hop onto transport ships that bring them into spacecraft that they then obliterate and bring out of the sky.  It was all rather impressively intense, with the roster needing to work together to bring out stage-bosses, mini-bosses, and hordes of minions.

The stream also showed item’s being picked up by the stream-team, replacing what they were currently carrying.  It’s plausible that heroes will continue to be upgraded across maps via these item pickups, with them carrying across to new missions.  A specific item annotated as ‘Rare’ was picked up by xQc on Reinhardt, which gave him a placeable shield that covered 360 degrees around the team.  Certain talents were also selected, giving Reinhardt a much faster swing as he connects his hammer with enemies.

Critics that are concerned as to the team-play element of Overwatch 2 disappearing in the newest iteration have very little to worry about; with an apparent standard selection of one tank, one healer, and two DPS, every character in a squad has a very specific role to play.

Playing their specified role well is vital; the team of 4 professional streamers wiped repeatedly across the map as they were swarmed with null-sec minions, and heroes reviving each other under withering enemy fire seemed a vital play that all heroes would have to cooperate with.  Dashing away from the team to play the lone ranger seems a sure way to get your team wiped.

Also included in the game is a 6v6 game mode called ‘Push’, with both teams struggling to bring a payload to their own specified objective, looking similar to a tug-of-war as the two teams fight over control of a singular robot.

The stream was largely a success, although it brings about questions about the newest iteration.  The mission that seems playable lasted about 15 minutes, which finds most asking how many missions there are to accomplish at release.  A paltry three missions that players are supposed to replay ad nauseam to level themselves and their talents, just to replay the same missions on a harder difficulty, sounds like a horrible investment of time.

If the campaign has a worthy scope, however, this may be yet another Blizzard break-out hit.

The Epic Games Store Is Receiving A Lot Of New Updates; Including The Addition Of Critic Reviews

The Official Reveal Of Diablo 4 Just Happened At BlizzCon; Actual Footage Of Gameplay Was Shown