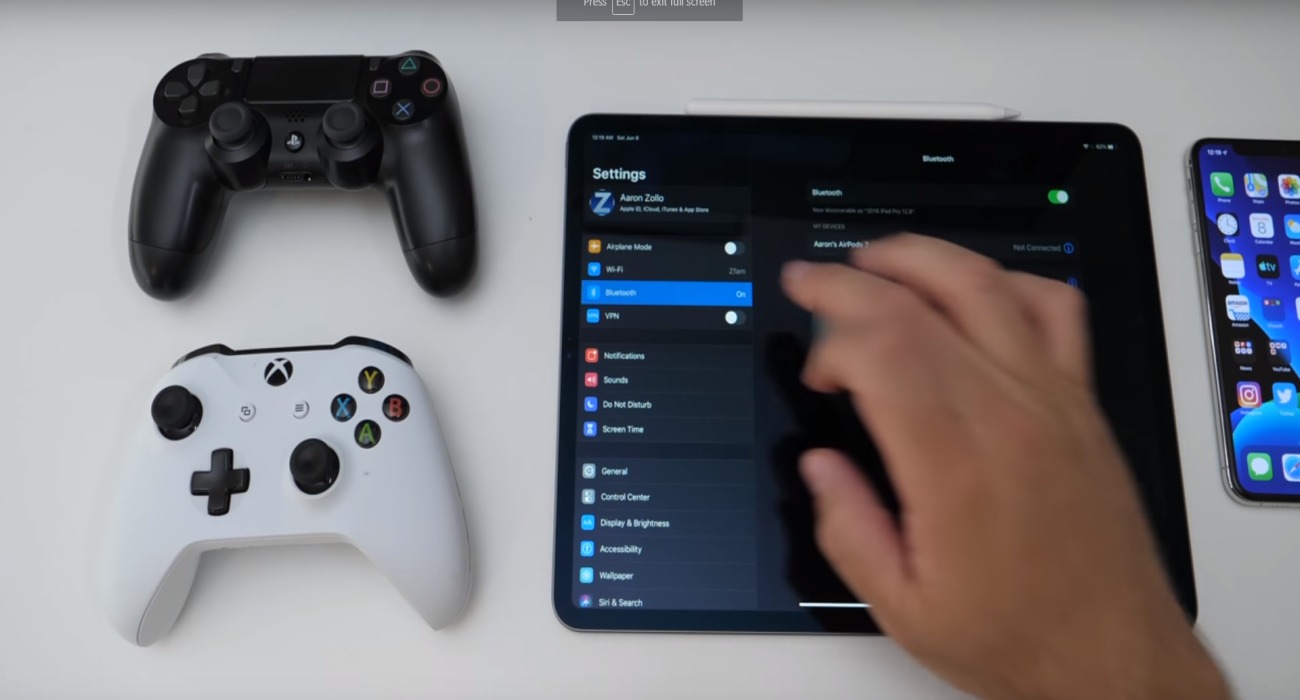 One of the more interesting sectors in gaming today is portable systems. They enable gamers to play some of their favorite games wherever they end up, whether it’s in between class or on a road trip. There have been so many great portable systems over the years, including the PSP, Nintendo 3DS, and PlayStation Vita.

Right now, the premiere portable system in many gamers’ eyes is the Nintendo Switch. Its portable screen is quite large and it still can be plugged into a console set, letting Switch users still have a traditional gaming experience if they want. Now, it appears Apple is hoping to get in on this portable gaming action.

This fall, they have plans of supporting both the Xbox One and PS4 controllers on various devices. These include the iPhone, iPad, and even Apple TV. If you’re a fan of gaming, this is great news. It will dramatically improve the way you game on the go.

Traditionally, you could play Xbox One and PlayStation 4 games using a mobile device. Only, you had to use touch controls on the screen. As you can imagine, this doesn’t always work out too well for a lot of games. There are times when you need precise control, and this touch design just doesn’t cut it.

This upcoming update from Apple will fix that problem dramatically. Being able to use an actual controller with a mobile device is so amazing to even contemplate. It should lead to better portable gaming experiences.

The controllers will only work with mobile devices if they have Bluetooth, though. Luckily, most modern controllers do. The beta for this upcoming software update is currently underway. For the most part, it’s receiving a lot of positive feedback.

This controller update should open up so many more possibilities for gamers today. How many times have you wanted to get a quick gaming session in when over a friend’s house? Or, you may be stuck in the car for a while and still want to play games from your console. You no longer will be held back anymore.

Setting these controllers up with an iPhone or iPad won’t be difficult either. You’ll just have to press the sync button, which is usually located at the top of the controller. In the matter of minutes, you’ll be fully primed to game on the go with comfort in mind. Portable gaming doesn’t get much better than this.