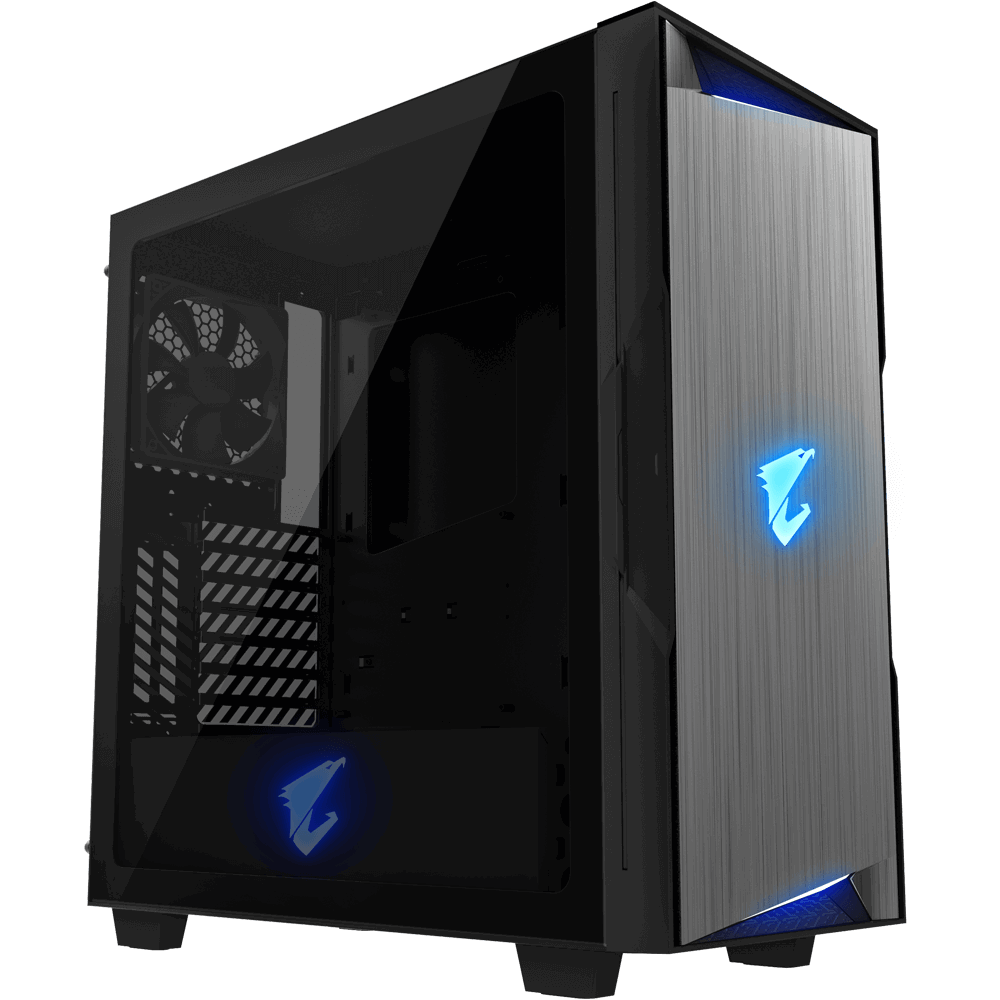 For PC owners, the metal casing is the showcase of their desktops. This is the reason why users take great pains in choosing the type of housing. They should provide not only good airflow but also have other features which would make them ideal for future upgrades.

If aesthetics is on top of your list, the Aorus AC300 manufactured by Gigabyte is an instant head-turner.

Its side panel is made from tempered glass, giving you two options on how you would like to mount your graphics cards.

With its tempered glass build, it offers resistance to scratches, abrasions, and rubs, giving your system a classy and polished look. On the other hand, the casing’s black tint provides a distinct contrast to other parts of your PC, giving it a subdued appearance.

To lessen pressure on the glass, Gigabyte improved the built of the casing’s chassis to eliminate the possibility of breaking or cracking. To install this feature, a gap between the metal and the glass was installed.

Moreover, the manufacturer enhanced the I/O panel in front, which now provides users with access to the unit’s LED controls. It is also equipped with dual 3.0 USB ports, audio ports and a Gen. 2 Type port.

But to make the installation, you need a riser cable which may not be included as an accessory.

If your concern is storage capacity, the casing is built to accommodate three 2.5-inch size drives which can be placed at the back of the motherboard tray. The main section, on the other hand, can hold 2.5-inch and 3.5-inch drives.

For its cooling system, Gigabyte also installed the Aorus AC300 with a 120-mm fan in the rear and front section. If you want to upgrade, you can install to more 120-mm fans in front or replace the pre-installed ones with two 140-mm fans.

The casing also comes with an HDD cage with dual bays that are made of metal and are equipped with grubber grommets that are located on the mounting holes meant for the installation of 3.5-inch drives.

Moreover, the cage is also equipped with 3.5-in mounting cables that are directly attached to the floor of the case, according to Bit-Tech.

The Aorus AC300 likewise includes a PSU shroud which extends to the bottom of the case. As an added feature, a 40-mm gap between the inner wall and the fan was placed. This will come in handy if you want to use the extra 60-mm space for fans and radiators.