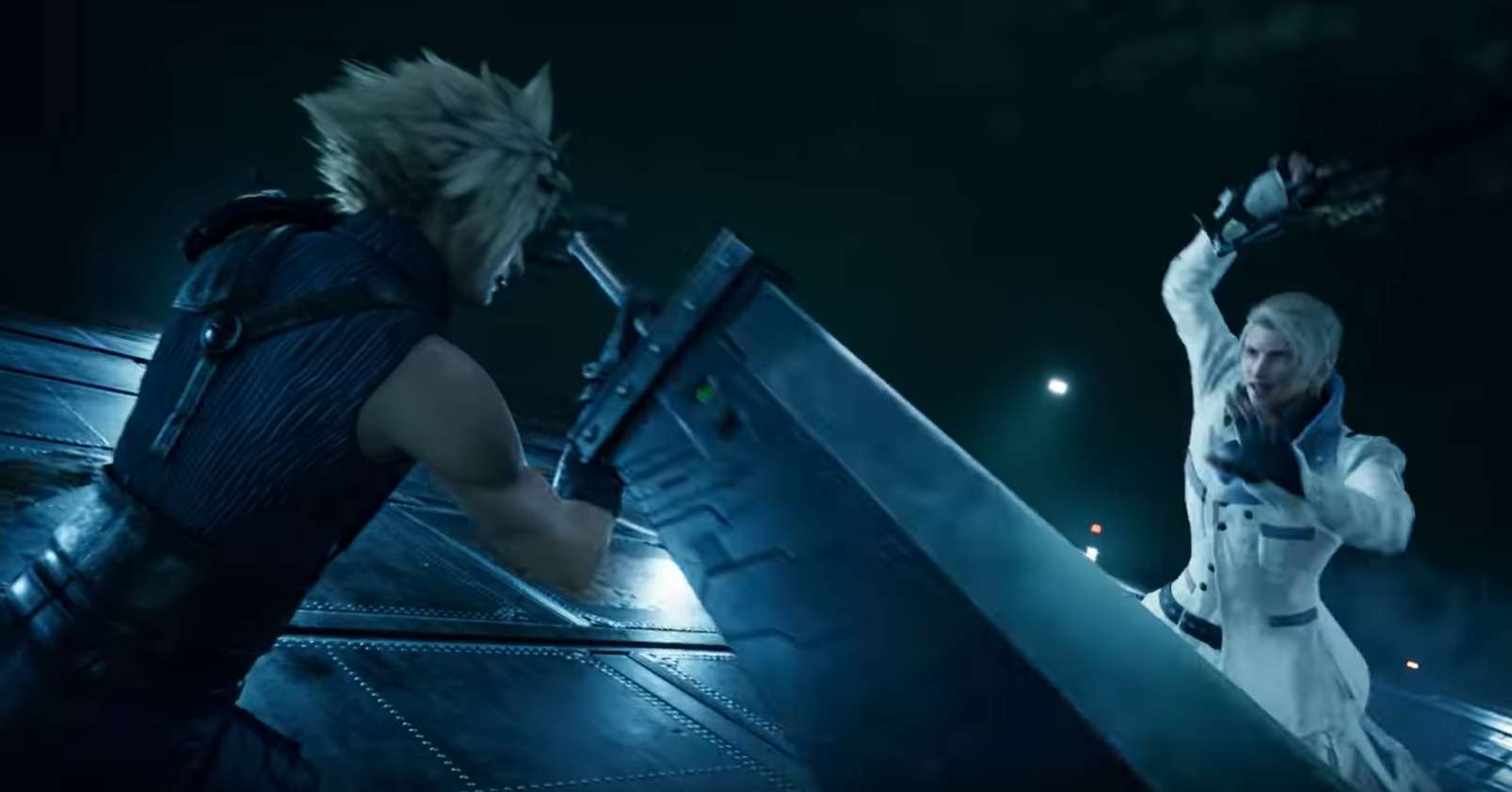 As reported yesterday on this site, the final trailer for Final Fantasy VII Remake was released this week.

One could almost call it a launch trailer given how Austrailia and parts of Europe already have the game. That’s because Square shipped copies early in order to ensure that gamers can have it by the release date on April 10 despite the ongoing Coronavirus pandemic.

So, for the purpose of this review, we’re not going to talk about the fact that this trailer exists. That has already been covered. Instead, it’s time to talk about the good and the bad of this final trailer for Final Fantasy VII Remake.

Oh, wow, where to begin?

There was so much awesomeness in this trailer from beginning to end.

Let’s address the white-suited elephant in the room first.

We got our first official look at Rufus Shinra! The Vice President of the Shinra Electric Power Company and the son of President Shinra, Rufus was a major player in the original release of Final Fantasy VII.

Given his placement in the original, unless they add new content with him, we’re only really getting an introduction to Rufus in this game. It is highly likely that we’re going to meet him toward the very end and he might be one of the last bosses the player encounters.

But man, oh man, did his action sequences with Cloud look amazing!

We also saw Elmyra, the adopted mother of Aerith. She was the only other named character from the original, besides Rufus, who had not been seen prior to this trailer.

But what I really enjoyed the most from this trailer was its focus on things that are new. We got to see a wealth of new characters, some interesting side missions, what looked to be a battle arena at one point, and some emotional character moments.

Not to mention a look at what appears to be an insane motorcycle fight between Cloud and Roche.

And, I’m sorry, Barret getting stabbed by Sephiroth?

Also, we got out first mention of Aerith’s first love, so all you Crisis Core fans likely squealed with delight.

Honestly, it was just too much!

It gave me a lot of information and story elements that I just didn’t need a week before the game releases. I was actually upset at seeing Rufus, as I was looking forward to seeing him pop up in the game.

And I was livid at them showing that scene between Barret and Sephiroth. That’s something I would have liked to discover on my own.

I’ve loved every single moment of every single trailer for Final Fantasy VII Remake up to this point. There have been a lot of trailers for this game, and I honestly felt like this one wasn’t needed.

Excitement is at peak level, spoilers are leaking on the internet as gamers with no level of chill get their hands on copies and proceed to be jerks about it. The last thing I needed was to be spoiled by Square Enix themselves.

But, it was still a killer, albeit unnecessary trailer with stellar music and a perfect blend of action and emotional moments.

I just wish I hadn’t seen that Barret scene!

Players Are Putting Together A Minecraft Easter Hunt For Children Stuck Indoors, And They're Looking For Builders