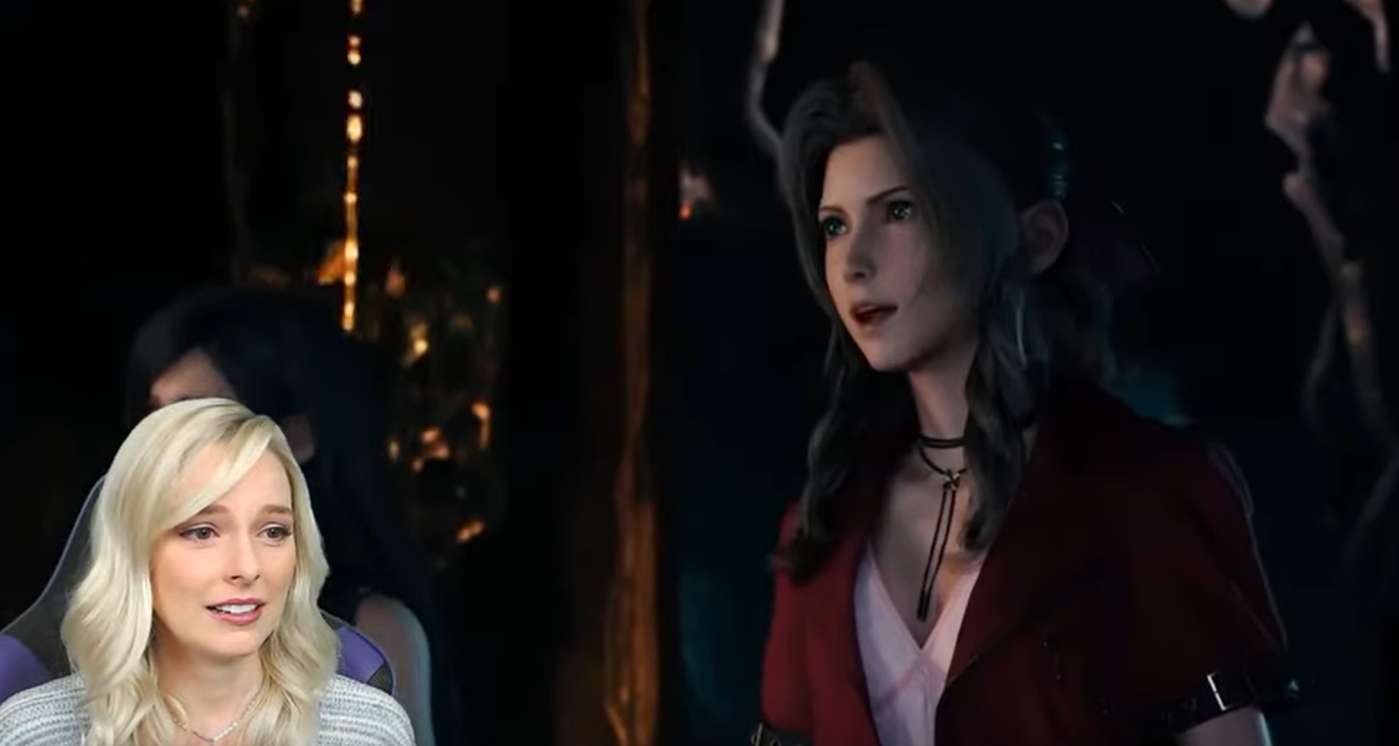 Briana White, the voice actress for Aerith in Square Enix’s upcoming Final Fantasy VII Remake is also a popular game streamer on YouTube with more than 116,000 subscribers to her channel, Strange Rebel Gaming.

White recently started a streaming series where she plays through the original Final Fantasy VII on the Nintendo Switch, as she has never gone through the story before taking on the iconic role of everyone’s favorite Ancient flower girl.

White shared her passion for the project by recording a reaction video to the recently released Theme Song Trailer, which came out yesterday, on the 23rd anniversary of the original game’s Japanese release.

That video can be viewed in the player below.

While this trailer was an emotional action-packed explosion of awesomeness for longtime fans of the franchise, it was amazing to see how emotional White became while seeing these scenes cut together for the first time.

By the end of the trailer, she was in tears.

“I already have chills,” she said, just seconds into the trailer. She gasps with excitement when she sees the scene where Cloud enters the Honey Bee Inn, the place where he receives a makeover to dress like a woman to sneak into Don Corneo’s mansion.

“This is so much,” White said as the signature theme song, Hollow, stops and the action-packed finale of the trailer kicks into high gear. It’s amazing to watch her passion and happiness light up her face any time Aerith is on screen. It becomes immediately obvious that this voice actor has truly bonded with the character she is playing and has a real affection for her.

When the trailer ends, she is full-on crying.

“That made me really emotional,” she said, talking through why the trailer impacted her in such a way. “I can’t believe I get to be a part of this. Halfway through the trailer I was hit with the, ‘I get to be a part of this.’ I still don’t believe it, truly, that that’s my voice, which is cool, because there is a lot of magic that happens, I think, from when the sound comes out of me and goes through the microphone and then goes through editing and polish and refinement and makes it sound different to me in a good way. I get to enjoy it in a way that’s separate from myself.”

She goes on to note how playing through the original has deepened her love for the project and notes how excited she is to finally be able to talk more about the game on her channel. However, White notes that there is still a lot she can’t talk about.