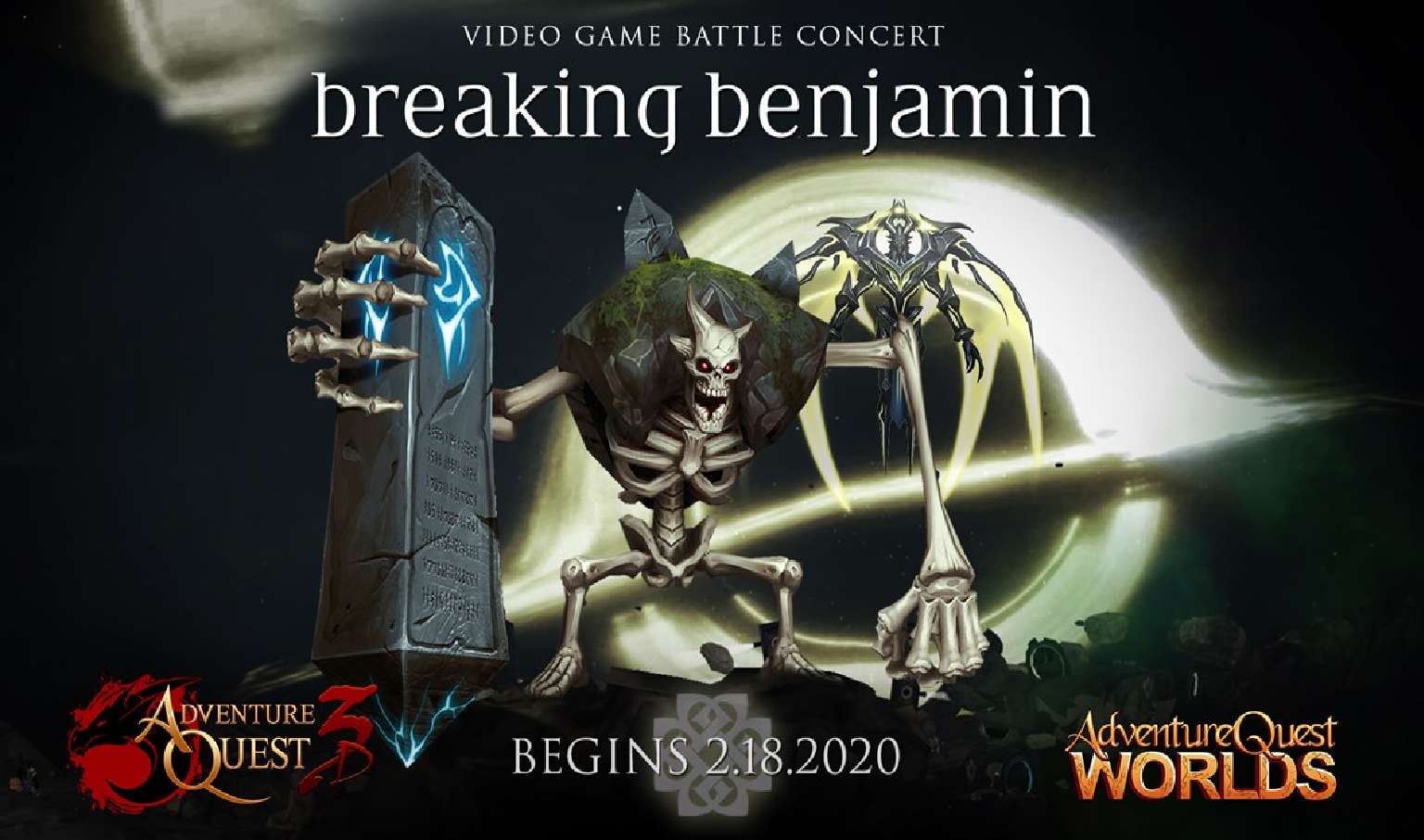 Partnering once again with a popular rock band, Artix Entertainment plans for another Battle Concert event. This time, the event will be with the post-grunge act Breaking Benjamin.

Like the previous Alice in Chains concert, players will experience Breaking Benjamin in an otherworldly video game event. This band has been around since the turn of the century, with their first studio album released in 2002. The band has gone through several line up changes over the year, with only Benjamin Burnley, the vocalist and rhythm guitarist, remaining from the original line up.

Like the Alice in Chains show, this concert will be in a special location, this time on monster-infested floating islands. Players will battle these creatures as the band plays their show on a repeating cycle.  Players will need to team up with friends and other players defeat powerful and horrifying creatures.

And of course, players can explore this strange new concert venue with parkour and portals. Defeating the boss monster of this battle concert will allow them to earn treasures and rare rewards.

This concert is being put on to support Breaking Benjamin’s newest album, Aurora. Released on January 24, 2020, this album features reworked acoustic versions of past songs along with one original new song. The first single,  “Far Away” featuring Scooter Ward of Cold, was released on December 6, 2019. On January 10, 2020, Breaking Benjamin released an acoustic version of “Red Cold River” featuring Spencer Chamberlain of Underoath.

The Artix teams are hard at work to bring these shows to the computer and mobile screens. Between modeling characters for AdventureQuest 3D to drawing them for AdventureQuest Worlds, the teams are doing everything they can to have the show ready to start on February 18, 2020.  This show will last for two weeks, so players will have until March 3, 2020, to see the show and experience the entirety of the event.

Artix Entertainment’s love of the music industry continues to make their games better and better. And since the games are free to play, fans of the band won’t need to buy anything to see the show.  People won’t want to miss out on this limited-time event.