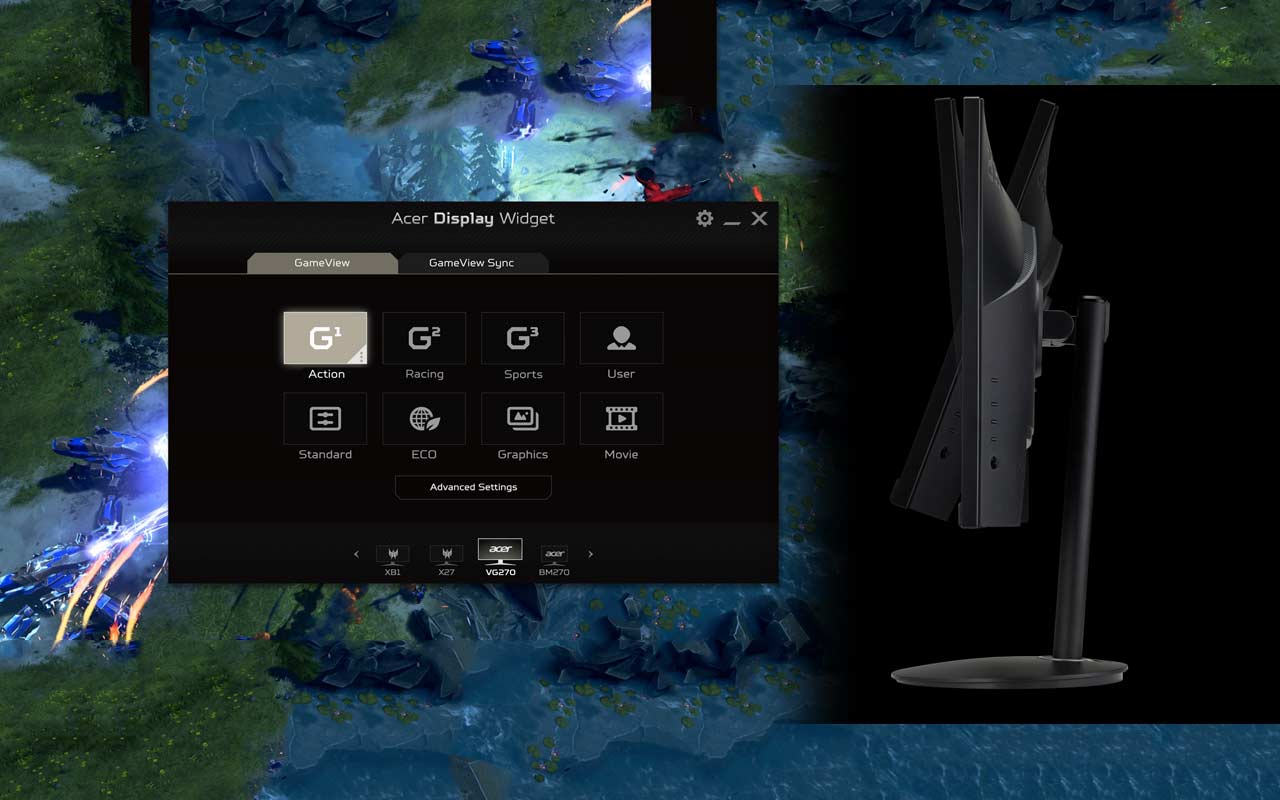 A few days ago, Acer America released the Predator XN253Q X gaming monitor which takes gaming to another level with blistering 0.4ms response time. The company has now expanded its product portfolio with the Nitro XF2 Series, which includes two monitors; Nitro XF272 X and Nitro XF252Q. The two are designed to offer speed and color precision when paired with the right gaming rig.

While they are all based on a TN (Twisted Nematic) panel, the Acer Nitro XF252Q is a 25-inch gaming monitor while the Nitro XF272 X stretches to 27-inches. Both panels have 170° and 160° horizontal and vertical viewing angles, respectively. They offer 1080p Full HD 1920×1080 gaming and 240Hz refresh rate. On the other hand, the AMD Radeon™ FreeSync support guarantee anti-flickering.

The Nitro XF2 Series boasts blistering fast 3ms response time, and in addition, they can run in overdrive. The Acer Nitro XF252Q 25-inch monitor can step up response to 0.3ms (GTG) in overdrive mode while its 27-inch counterpart can do an impressive 0.2ms. Both have Acer’ BlueLightShield™ Acer ComfyView™, Low Dimming™, and Flickerless™ technologies for your eye safety when gaming. During those long sessions.

One of the best features for gamers is the Acer Game Mode, which has up to eight preset modes Action, Sport, Racing, User, Standard, Graphics, ECO, and Movie. These settings can be accessed via a hotkey or on the OSD menu. You can also divide the screen into two. Also, there is the inbuilt Black Boost with 11 levels of optimization for different visual contexts.

The design is simply superb­. Both monitors are sleek and stylish, featuring –5 to 20° tilt, 360° swivel and height adjustment. Also worth mentioning is the quick-release design which easily detaches the monitor from the stand allowing for VESA wall-mounting. As for connectivity, the two have two HDMI ports and DisplayPort. Also equipped are 2W speakers and two USB ports.

Currently, only the Acer Nitro XF252Q is available on the market retailing at $350 which is a great deal for the money. The Acer Nitro XF272 X is set for release sometime later this month, and prices will start from $450. Both come with a standard three-year Acer warranty on parts and labor.