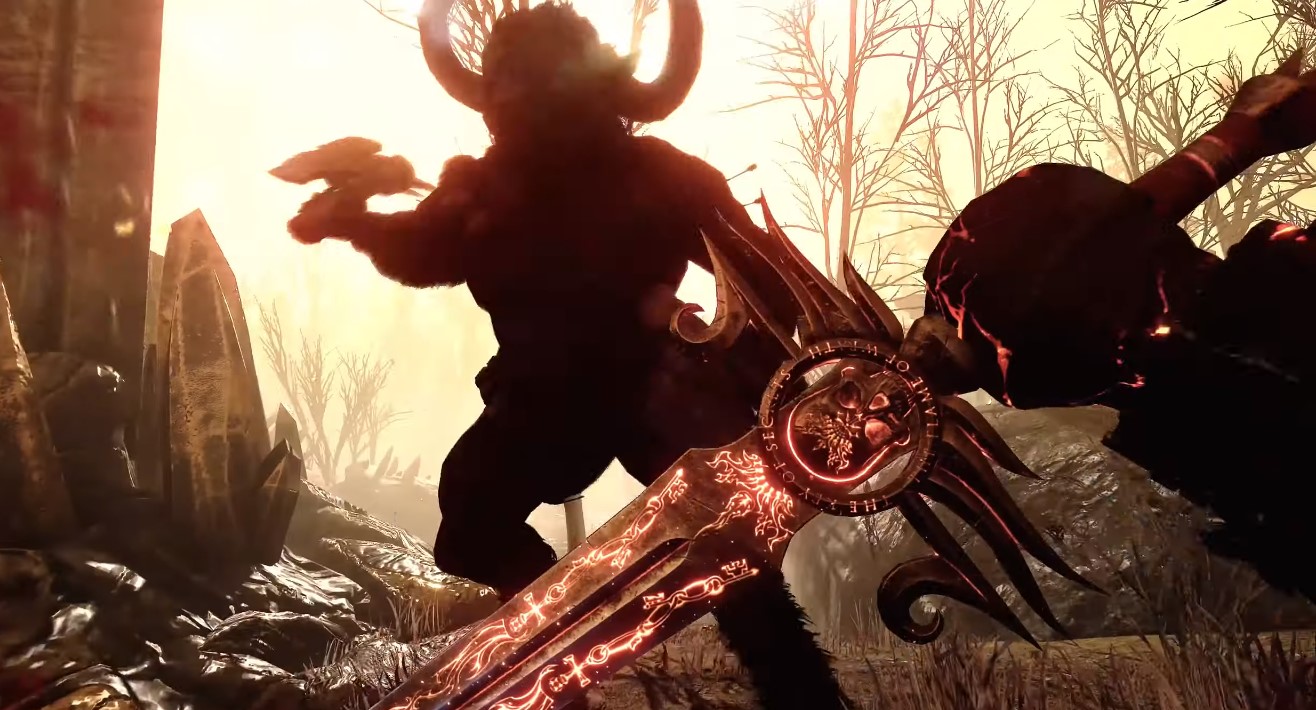 Fatshark dropped a gameplay trailer for Warhammer Vermintide 2: Winds of Magic, and it only heightened anticipation for the game.

Watch the gameplay for Vermintide 2: Winds of Magic. It’s deemed NSFW, however, so be careful where you open that link.

The DLC’s name is derived from the 8 Winds of Magic that is part of the Warhammer mythology. These are the Hysh, Chamon, Azyr, Ghur, Aqshy, Shyish, Ulgu, and Ghyran. Each one represents a color and lore. For instance, the Ghur or Brown Wind is the Lore of Beasts, and the Hysh is the Lore of Light. The Shyish, meanwhile, or the color purple represents the Lore of Death.

But they are not added to the game for the sake of new content. They will actually introduce a new wrinkle to the gameplay, which only elevates the challenge level.

In addition, the Winds of Magic DLC introduces the Beastmen, which is a new faction. These are very dangerous opponents. They possess the strength and raw power of beasts and the cunning and intelligence of humans. They love the Chaos and will show no mercy to preserve their way of life. Genetically predisposed to violence, they exist for evil and would rather see the world end rather than live in peace.

You can test your mettle against the Beastmen with the Dark Omens, a new adventure level for Vermintide 2.

But don’t let that distract you from the real challenge. The Beastmen are indeed formidable, but you have to be on the lookout for the Winds. Every Wind of Magic will present an entirely different experience for the players. The difficulty level is also raised with each Winds of Magic lore.

There will be a new progression system under the Winds of Magic DLC. You will also gain access to entirely new weapons, although it’s limited to one each. For example, Sienna can use the flaming flail to swing her flames. Bardin will have more formidable throwing axes, and Saltzpyre will get a new billhook. Meanwhile, Kerillian will get a new spear and shield, while Kruber has a heavy spear.

The level cap for Winds of Magic update has also been raised to 35 from the previous 30.

The Vermintide 2: Winds of Magic DLC will be released on Aug. 14 on the Xbox One, PlayStation 4, and Microsoft Windows. You can download the game on the Steam page for just $19.99.