A certain blue falcon once said that he prefers the air. Terrible pun aside, AER–Memories of Old is the latest of hidden games to make its way to the Nintendo Switch.

Developed by Forgotten Key, it tells the tail of a bird, a dying world, lost gods, and the uninhibited freedom of the blue sky.

An open-world sandbox game, you’re able to take to the skies whenever you like and explore the world as it unfurls in front of you. Navigate beautiful, stylish islands, explore hidden locales, converse with nomadic tribes, and more. As you explore, led on by the world’s incredible aesthetics and your own curiosity, you’ll navigate all sorts of dungeons and haunts.

A bit of background: Forgotten Key is a Swedish independent game studio, founded in 2011 by four Blekinge Institute of Technology Students. While relatively unknown, AER’s Switch port is sure to get eyes on them.

AER has its routes in games like Journey and Rime, where visuals and a sense of wonder are just as much of  a factor as the gameplay. From what’s seen in the trailer, it combines elements of platforming and puzzle-solving to balance out the free-world exploration. There’s plenty of mystery to solve as well, all against the backdrop of the minimalist art style that’s sure to  have players gaping in openmouthed shock.

AER–Memories of Old is scheduled for release August 28th, 2019 for Nintendo Switch, but is currently out on Steam, Xbox One, and Playstation 4. 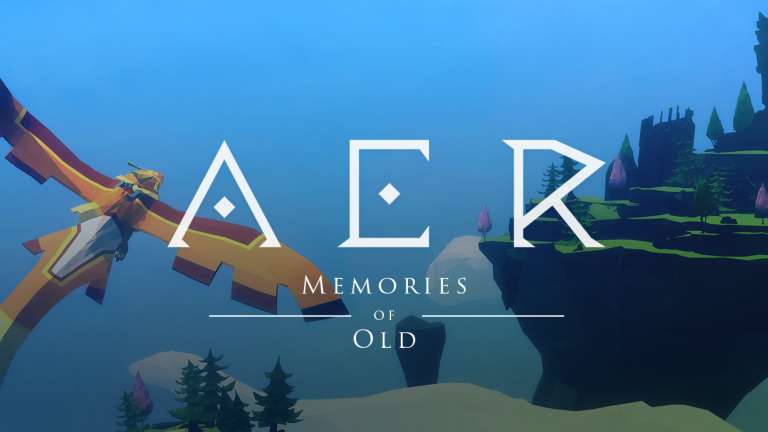 Aug 7, 2019 Shayne Brown 1370
A certain blue falcon once said that he prefers the air. Terrible pun aside, AER--Memories of Old is the latest of hidden games to make its way to...