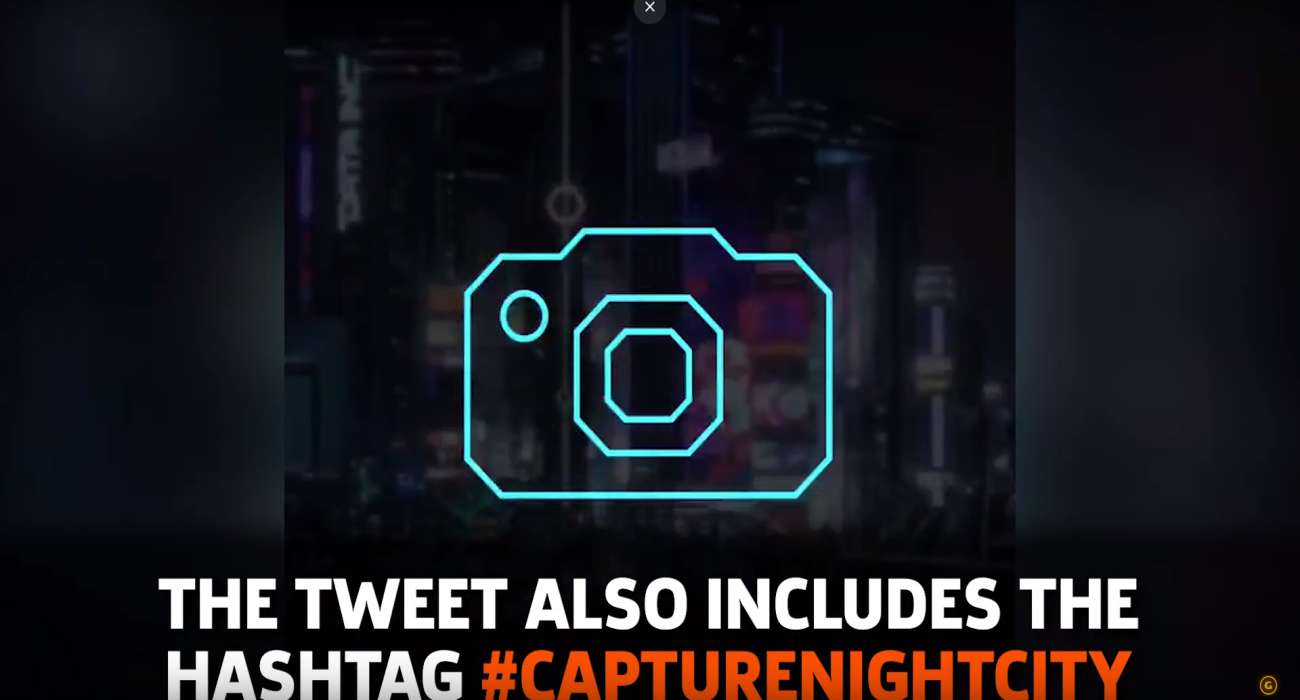 The game of 2020 to look out for has to be Cyberpunk 2077 from CD Projekt Red. It’s going to be an RPG for the ages based on everything the developers have shown to this point. The environments that your character V gets to explore seem beautifully designed and diverse, featuring a wide variety of classes. The visuals are a pretty big reason why this game has received a ton of hype.

The graphics are what you would hope for in a game on a next-gen console. Since the levels are so beautiful and teaming with personality, you sometimes want to just take everything in with one single snapshot. That seems to be entirely possible thanks to a recent teaser on the Cyberpunk 2077 Twitter account.

Just recently, the account posted a gif of Night City and then a picture graphic at the end. It’s safe to assume that CD Projekt Red is teasing a photo mode. That’s a pretty important feature that is more than likely heading to this action-adventure RPG. There are so many areas to explore in this game, from broken-down sects to luxurious skyscraper buildings decked out in neon lights.

At a certain point in your adventures, you want to capture beautiful moments. A photo mode would give players the opportunity to do just that. It’s a great idea from CD Projekt Red. There are a lot of gamers who’re interested in more than just the story or gameplay mechanics. They see games as true works of art. What better way to show this than with a beautifully captured picture?

Users can ride around Night City and capture jaw-dropping still shots of some of their favorite areas. These shots could then be sent to the community or used in gaming articles to different degrees. The possibilities are endless. They say a picture is worth a thousand words, and that will certainly be true if photo mode is indeed included in Cyberpunk 2077.

So far, this game is poised to revolutionize the RPG space. There are so many unique features worth delving into, but for the sake of time, just know it’s going to give you an in-depth experience as far as the augments, characters, and story lines you’ll experience. Even if you’re not a fan of the RPG genre, this game has a lot to offer. It will be available worldwide on April 16, 2020 for PS4, Xbox One, PC, and Google Stadia.

Oct 24, 2022 Michael Gunn 550
Players of Cyberpunk 2077 are aware that before delving further into the mysteries of Night City, they are initially given the decision to make. V...

Oct 17, 2022 Michael Gunn 1110
This incredible costume demonstrates why Rebecca was such a standout character in the otherwise chaotic series Cyberpunk: Edgerunners, which launched...