A New Foe Called Doom Hunter Was Just Revealed In Doom Eternal; Looks Like A Formidable Opponent For The Doom Slayer 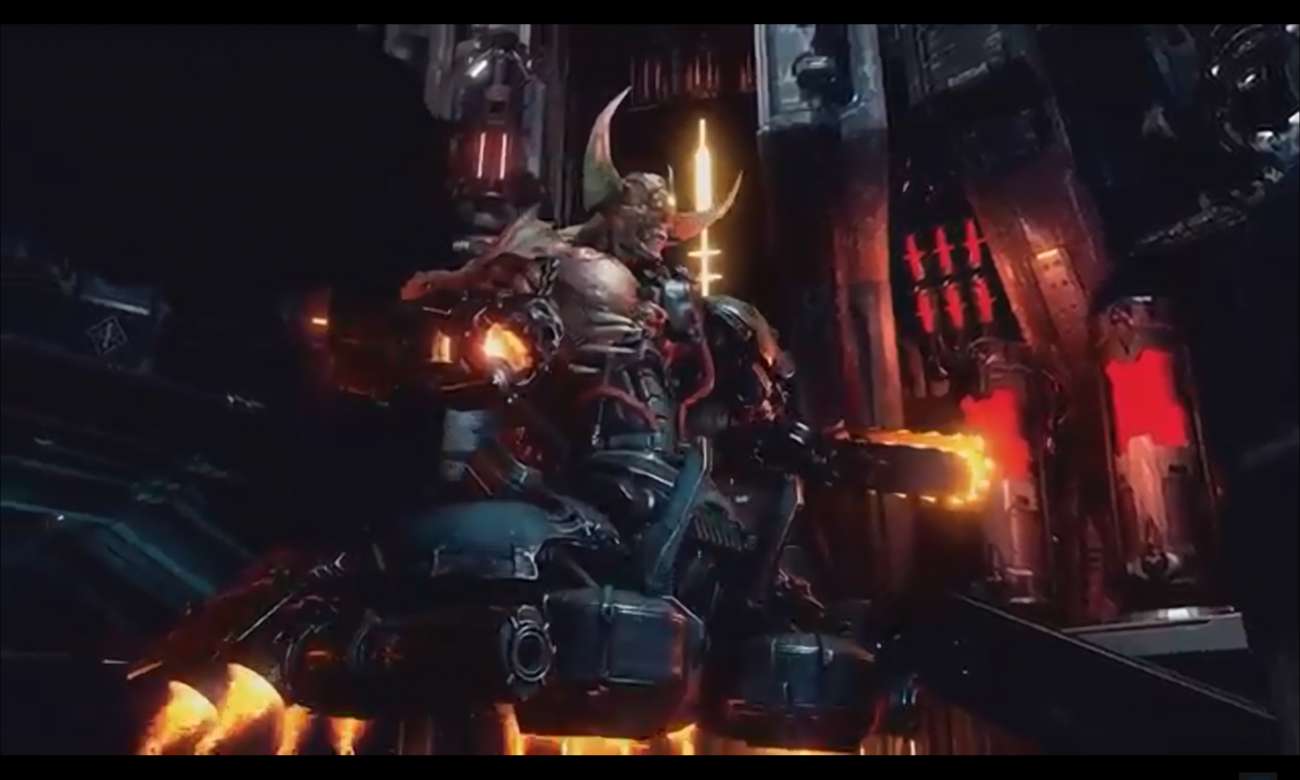 Everyone is raving about Doom Eternal, an upcoming first-person shooter by id Software. If you’re familiar with the Doom franchise, you know how intense these games are. Doom 2016 was such an important entry in the series.

Eternal seems to be picking up right where the last game left off. There are some interesting looking guns and of course, some monstrous demons. One is getting a lot of shine and it deserves all of it. That is the Doom Hunter.

It received its own personal reveal at this year’s QuakeCon. Right away, it seems like a formidable opponent for the Doom Slayer. The reveal video lasts roughly one minute, but in that short span, you can tell this demon will be a fan-favorite in battlemode.

The Doom Hunter is part demon and part robot. Its menacing horns draw the eyes in, but it’s the mechanical parts that look particularly terrifying. The sheer size of this demon also stands out. It won’t be one of those enemies that you can casually look past as a Slayer.

As far as this character’s weapons, they look downright impressive. It has some sort of homing missile system, which looks like an amazing weapon to use for long-ranged attacks.

It also appears like the Doom Hunter has some sort of glowing blade, probably reserved for close quarters combat. The face has even been weaponized to some degree. It can target the Slayer and lock on for an unavoidable attack.

How this demon moves is pretty unique. Powerful jets have been equipped to its rear. They can propel the Demon Hunter in all sorts of directions.

Based on what was shown, the enemies in Doom Eternal are shaping up to be some of the best we’ve ever seen. This is just one of the five demons players will be able to use in battlemode.

It’s safe to assume that id Software spent a lot of time making them distinct and terrifying in their own ways. If you’ve always enjoyed taking on the role of the bad guy, you’re probably jumping up for joy.

For those who favor the Slayer, these demon varieties should pose a fun challenge. You’ll have plenty of opportunities to test your mettle in epic combat.

Everything seems to be clicking along just fine with Doom Eternal. The demons look amazing, the gameplay looks as intense as ever, and there seems to be a lot of fun modes. This game could take the franchise to unprecedented heights.