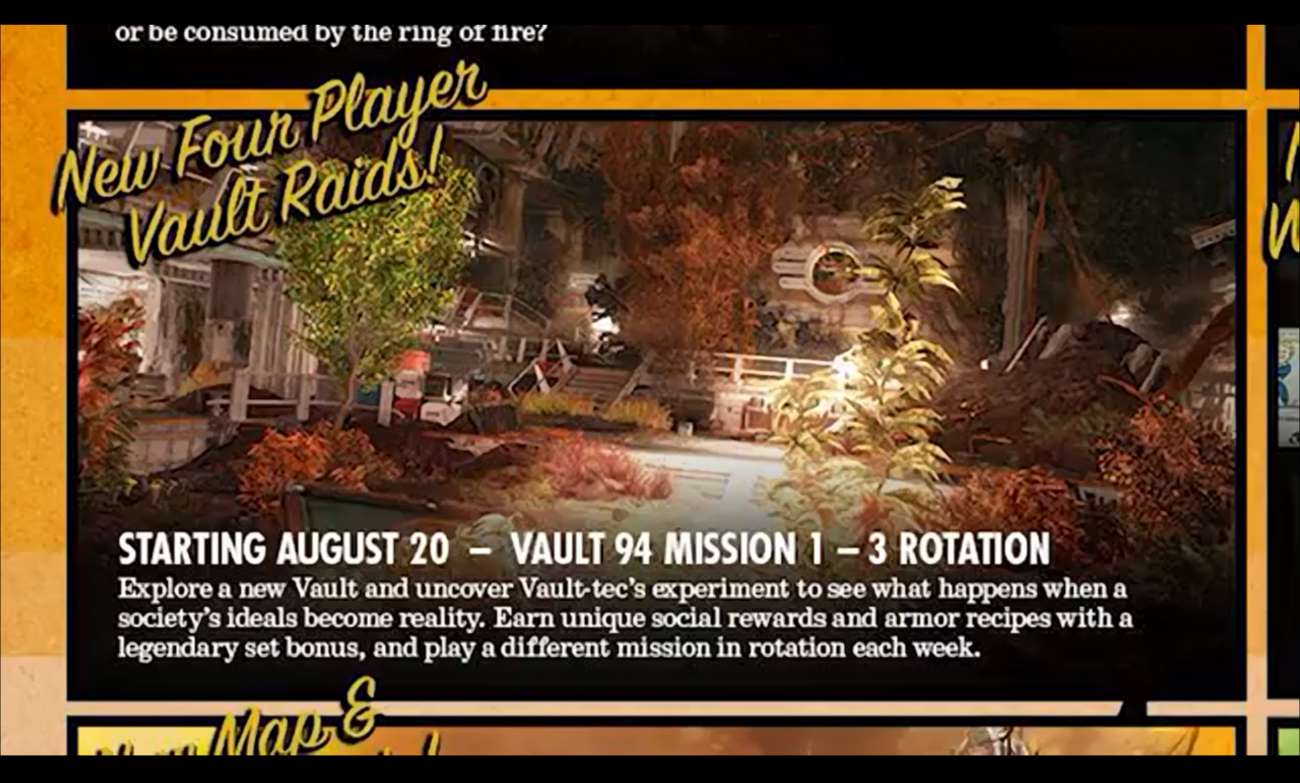 Fallout 76 seems to be finding its groove as of late. Its battle royale mode has been a major success overall and the game seems to be getting the support it deserves from developers.

Things didn’t always start out so smoothly for Bethesda, though. Their game was negatively received because of its lack of human NPCs and bugs. Still, Bethesda listened to the community and made improvements where they saw fit.

The game is getting a lot of new and exciting updates as well. They were confirmed at a gaming panel held at this year’s QuakeCon. One of the more major updates is a new map coming to the battle royale mode, which is being described as urban and set in Morgantown.

The map will be available in September, which isn’t too far away for those eagerly waiting in anticipation. As far as Morgantown’s characteristics, it appears the developers are focusing on vertical combat. For example, there will be abandoned buildings all over with multiple stories.

They should provide interesting arenas for combat. Thinking about close quarters combat playing out in these smaller spaces is intriguing. At the very least, the abandoned buildings should provide plenty of cover for those retreating to heal up or switch up their inventory.

Morgantown also will incorporate some sort of watery environment, which should give the map a little bit more variety.

That’s not all. A new vault raid — referred to as Vault 94 raid — is coming to Fallout 76. The raid will support up to four players, who will be able to complete one of three missions each week. It should make for a fun co-op experience with friends, as well as deliver extra content that players can look forward to every week.

Finally, Bethesda is bringing forth a major improvement with their Wastelanders extension. It’s introducing human NPCs to the game, with each one having their own dialogue tree. It’s an update that has been missing ever since the game first released.

Being able to engage with human NPCs should make the story more compelling. No longer will monotony set in as robots guide you from mission to mission.

If you haven’t picked up Fallout 76 in quite some time, these updates may be enough to lure you back in. The human NPC update alone is worth checking out. It’s making Fallout 76 a much better title overall. The saying, ‘Better late than never,’ is pretty appropriate for Bethesda here.

A New Foe Called Doom Hunter Was Just Revealed In Doom Eternal; Looks Like A Formidable Opponent For The Doom Slayer