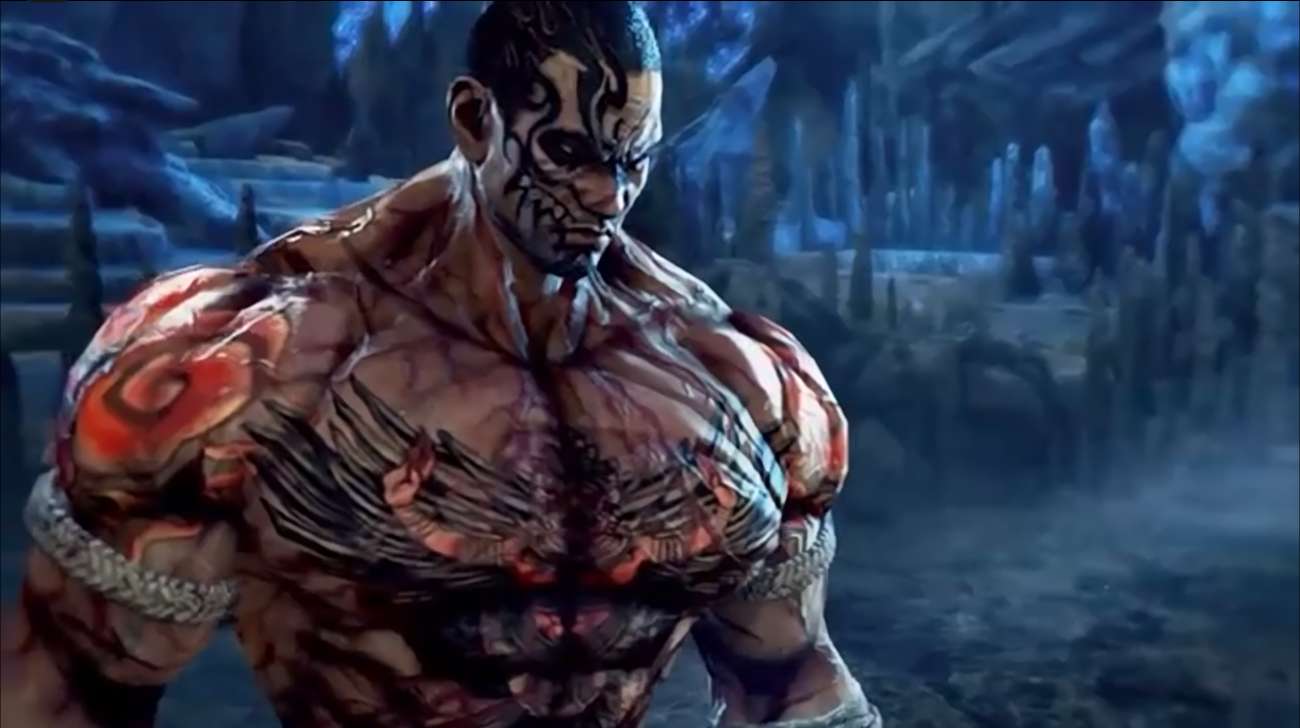 Tekken 7 has been a pretty successful fighting game overall. It features an amazing cast of characters and improved combat mechanics. Thanks to its season pass system, fans always have something new to look forward to. The game is now approaching Season Three. It’s featuring quite a lot of downloadable content.

Looking at patch notes from the developer, one of the more notable additions is a new character named Fahkumram. He has muay thai roots, which many have compared to Sagat. The comparison is pretty apt considering both are inspired by muay thai fighting elements and gear. Only, Fahkumram in Tekken 7 appears to be much more menacing. He’s absolutely shredded and tattooed to the gills.

You can get a better look at his character model by viewing a recent trailer that showcases him in action. Let’s start off by going over his visuals. Like traditional fighters out of Thailand, he sports wraps around his legs and forearms. They give him just enough protection to soften the brutal blows he can land on opponents. His shorts are also muay thai-inspired. That’s pretty much it.

In terms of his combat style, it’s very kick-oriented. He can also land lethal punches, but his kick combinations seem to do the most damage. Fahkumram is the perfect character to use when looking to put epic combinations together, whether you’re chaining punches together or mixing it up with both kicks and fists.

When Fahkumram is powered up, he attains a red glow as to signify some epic combinations are about to be unleashed. It’s like an unstoppable mode that drains opponents of health within seconds. If you’ve been looking for a beastly character to take the fight to opponents in Tekken 7, Fahkumram is your guy. He may be just good enough to become your main in online matches.

It’s character additions like Fahkumram that continue to excite Tekken 7’s loyal fanbase. There are always new characters on the horizon to get excited about. It helps keep combat fresh, especially for those who’ve been with this game since the very beginning. The developers at Bandai Namco Entertainment really do know how to make an amazing cast of characters. There’s a fighter for every type of style, whether you like heavy-duty characters who can take a punch or those who’re on the more agile side.

If you haven’t had the chance to check out Tekken 7, this type of DLC content is the norm.